The director hasn't explicitly said that it's Trump-inspired mayhem, but it's a world about a "Trump-like" leader 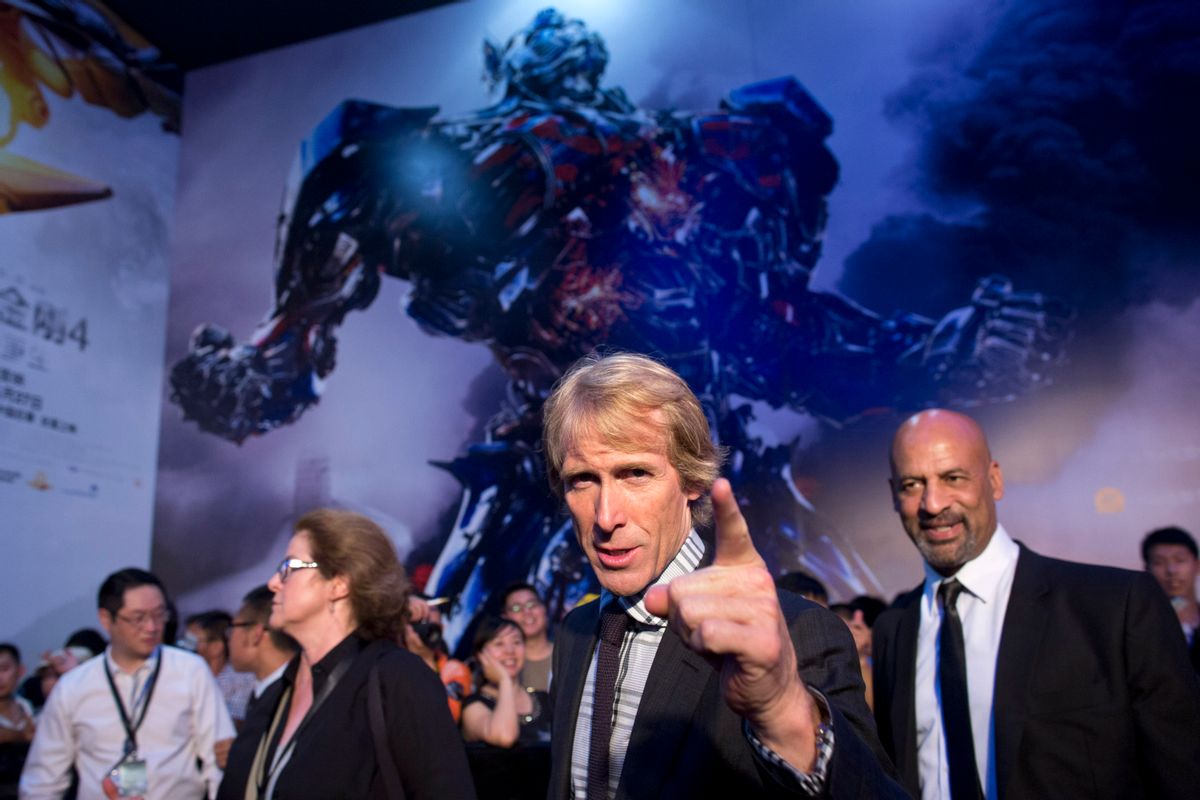 In this Monday June 23, 2014 photo, director Michael Bay, center, gestures to fans as he attends the premiere of movie "Transformers: Age of Extinction" at a theatre in Beijing, China. As box-office revenue growth flattens out at home, Hollywood studios are adding Chinese elements to their films to appeal to China, already the world's second biggest movie market with $3.6 billion in ticket sales last year and where studios reap much less money from merchandising and DVD sales. (AP Photo/Alexander F. Yuan) (Alexander F. Yuan)
--

Big explosions and mayhem are a feature of Michael Bay movies, which is appropriate given that he will be producing a film that was reportedly inspired by President Donald Trump.

On Wednesday, The Hollywood Reporter broke news that Universal won a bidding war for the rights to "Little America," a dystopian adventure movie written by British filmmaker Rowan Athale.

The plot, according to The Hollywood Reporter, revolves around "a Donald Trump-like president [who] has bankrupted America and China has called in its debts."

The film will focus on a former American Force Recon member who is hired by a Chinese billionaire to rescue his daughter trapped in an American ghetto. Sources told The Hollywood Reporter that the movie has the same tone as John Carpenter's "Escape from New York."

Questions as to how the film industry would handle Donald Trump's presidency have loomed over Hollywood. Whether Michael Bay is the right person to lead the first Trump-inspired film is a whole other question. Athale, who wrote the spec script, made her directorial debut with the movie "Wasteland," a British crime thriller set in the decaying town of Yorkshire.

It remains to be seen how Trump would enjoy a Bay-directed film that could be perceived as negative to him. Last June, Trump's son Eric told Fox News that Michael Bay's Benghazi movie "13 Hours" should be mandatory viewing for all voters.

“My wife and I watched '13 Hours' this weekend, and literally, I was livid after watching this movie,” Trump said. “I think in order to vote in this next election, you should have to watch that movie. She left these guys on a rooftop in the middle of Benghazi getting shot at, having mortars drop on their head because she wouldn’t pick up a phone call in the middle of the night.”

In an interview on "The O'Reilly Factor," Bay himself lamented that “politics got in the way of this great human story that happened.”