After the media circulated photos that showed a small crowd size for an inauguration, Trump turned to Park Service 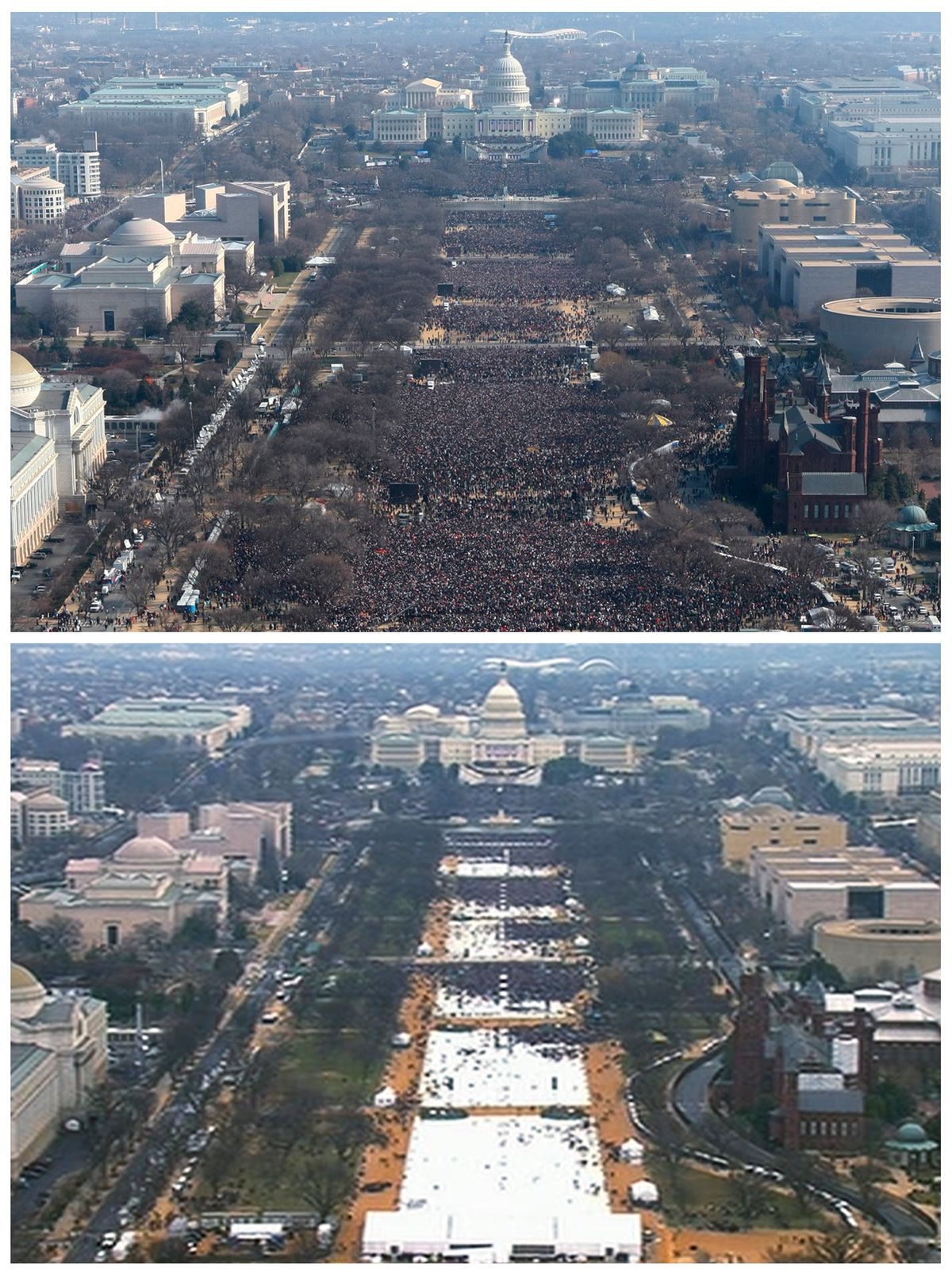 On the day after his inauguration, amid humiliating reports that his attendance fell way short of his predecessor, President Donald Trump personally called the director of the National Park Service, Michael Reynolds, to pressure him to find evidence that the media had distorted his big league crowd size.

The president's first morning in the White House reportedly started off on the wrong foot, as Trump angrily called advisers and aides about the media that he claimed was out to get him. Side-by-side photographs that circulated on social media comparing Trump's inauguration with Barack Obama’s in 2009 clearly showed that the crowd last week was much smaller. To make matters worse, his own National Park Service was retweeting the photos in an apparent attempt to taunt him.

Refusing to be outdone by Obama or the media, Trump called the head of an agency who he thought could put an end to the matter. Except the National Park Service does not count crowd attendance, and the aerial photographs that the Park Service did have failed to prove Trump's claim that his crowd size was near 1 million people. Reynolds was reportedly taken back by Trump's request, but he did supply the president with all the available evidence he had, according to The Washington Post.

White House deputy press secretary Sarah Huckabee Sanders told The Post the call only demonstrated that Trump’s management style is “so accessible, and constantly in touch.”

“He’s not somebody who sits around and waits. He takes action and gets things done,” Sanders said. “That’s one of the reasons that he is president today, and Hillary Clinton isn’t.”