The president's U.N. ambassador will "take names," while his ambassador to the EU is comparing it to the USSR 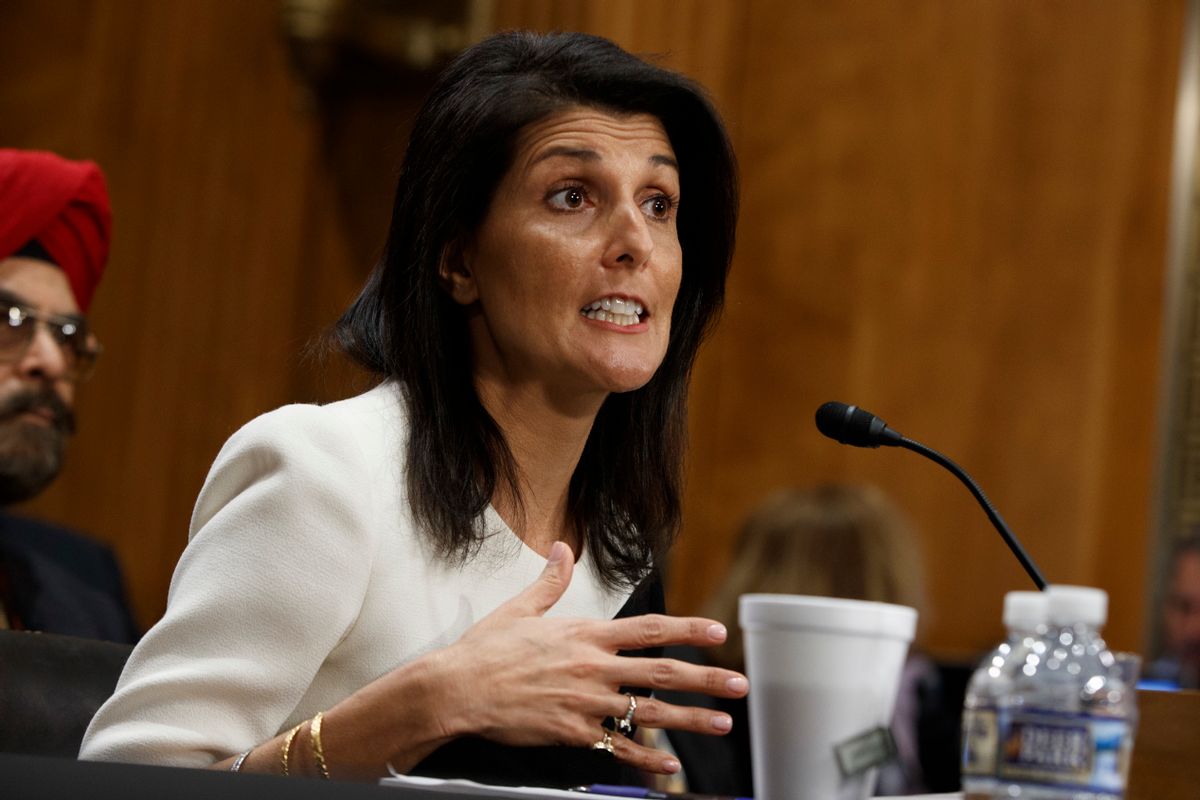 President Trump has chosen an ambassador to the European Union who, speaking on the BBC on Thursday, compared it to the former Soviet Union.

"I had in a previous career a diplomatic post where I helped to bring down the Soviet Union, so maybe there’s another union that needs a little taming," said Ted Malloch when asked why he would want to represent the United States in a European international organization for which he has contempt. He later added that Trump "doesn’t like an organization that is supranational, that is unelected, where the bureaucrats run amok, and is not frankly a proper democracy."

Malloch has been a professor at Henley Business School and is well-known for his pro-Brexit and anti-EU views. During the interview he described European Commission President Jean-Claude Juncker as merely "a very adequate mayor of some city in Luxembourg." (Juncker served as prime minister of Luxembourg from 1995 to 2013.) Malloch promised that if British Prime Minister Theresa May can get along with Trump, this could result in  a trade deal that "aids a swift, hard Brexit for Britain on more favorable terms with the EU." And he warned that countries in NATO would need "to step up and modify in order to meet new threats."

Malloch's positions are consistently with Trump's longstanding anti-EU and anti-NATO biases. Although Trump's views may be derived from a strain of  nationalism that's distinct from its European counterparts, some American foreign policy watchers are concerned that he is also motivated by his close ties to Russian dictator Vladimir Putin. Because Putin wants to weaken both the EU and NATO in order to increase Russia's geopolitical influence throughout Europe, Trump's desire to weaken those bodies could yield great dividends for the strongman.

Meanwhile, former South Carolina governor Nikki Haley has arrived at the United Nations. The new ambassador to the intergovernmental body warned that America will be "taking names" of countries opposing America.

Haley said, “Our goal with the administration is to show value at the U.N., and the way that we’ll show value is to show our strength, show our voice, and have the backs of our allies and make sure that our allies have our back as well.”