Should unnamed sources and leaks be taken seriously?

In an age of “fake news," how should readers judge the credibility of a story whose sources aren’t revealed? 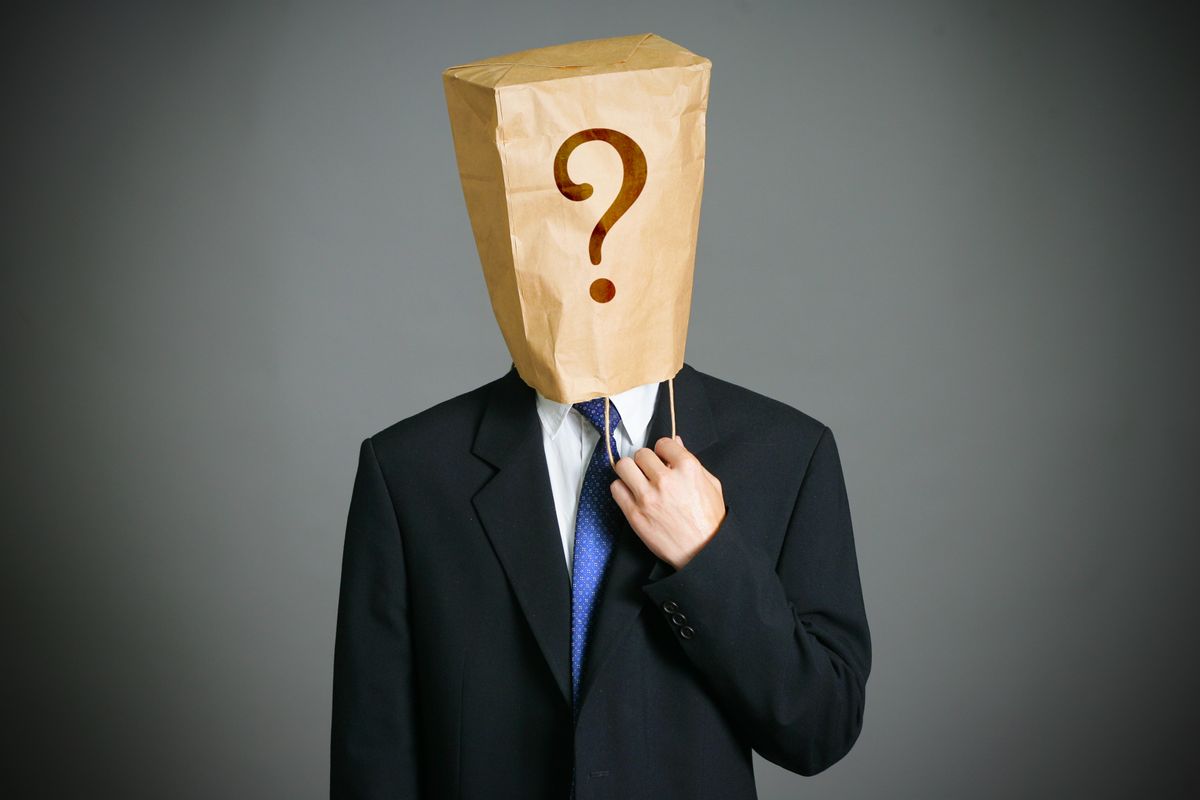 During my 13-year career in professional journalism, I rarely encountered issues with confidential sources or leaks directly. But during graduate school I became fascinated by the legal complications of journalists protecting sources and have written about the right to speak anonymously for nearly 20 years.

Using unnamed sources and leaked information is fraught with ethical and legal perils for journalists, their employers and their sources. Whether the risks are worth it depends upon the importance of the story. But in an age when the term “fake news” is becoming part of the lexicon, how should readers judge the credibility of a story whose sources aren’t revealed?

The minefield of unnamed sources

Some selfless sources approach journalists in order to right a wrong or blow the whistle on a governmental or corporate betrayal of the public’s trust. But sources also sometimes have axes to grind. This doesn’t necessarily invalidate their information. However, it does mean that reporters must exercise caution when accepting their help, promising confidentiality or reporting on leaked documents.

The issue of sources came up recently when the media reported that a former British intelligence officer named Christopher Steele had written a dossier containing unconfirmed claims that Russia had compromising information about Donald Trump.

People who know Steele have spoken highly of his expertise and skill in gathering intelligence. But we have no way of judging whether his sources were reliable because we do not know who they were. The report had also been commissioned by Trump’s opponents from both political parties. These circumstances create opportunities to discredit the leaked report.

The Code of Ethics for the Society of Professional Journalists reflects the messy relationship between sources and journalists. It instructs journalists to “identify sources clearly,” “[c]onsider sources’ motives before promising anonymity” and grant anonymity only to sources who would face harm if identified. The code also states that journalists should be “cautious when making promises, but keep the promises they make.”

There’s probably a reason the code suggests using anonymous sources only when absolutely necessary. Studies have shown that using unnamed sources hurts journalists’ credibility with the public. At the same time, some potentially important stories would not be reported if journalists were unable to promise sources anonymity.

Famous examples of stories that relied to some extent on confidential sources include the Watergate scandal uncovered by Washington Post reporters Bob Woodward and Carl Bernstein that led to President Richard Nixon’s resignation. The world’s most famous anonymous source, “Deep Throat” (later revealed to be FBI Deputy Director Mark Felt), was only one of many confidential sources the reporters used.

Other examples are the Post’s revelation that the United States was shipping post-9/11 detainees to secret prisons overseas where they could be questioned more “aggressively” and the exposure of the Catholic Church sex abuse scandal by the Boston Globe’s Spotlight Team.

But there also have been instances when journalists have regretted relying on confidential sources, including the media’s systemic failure to question the Bush administration’s leaks about Saddam Hussein’s alleged stockpile of weapons of mass destruction. Another example is the 2004 CBS Evening News story about President Bush’s service in the Texas National Guard in the 1970s. Dan Rather retired early from his anchor chair after sources failed to defend the authenticity of documents critical of Bush’s service.

An outlet’s reputation is critical

All of this makes it difficult for readers to know whether to trust reports based on unnamed sources and leaks. The task for readers is further complicated by the explosion of new online media outlets that might not adhere to mainstream journalistic standards or best practices.

There are a few things readers should look for when determining whether to trust (or post or retweet) a story based on unnamed sources. First, the more specific the identification of the source and her reason for wanting her identity concealed, the better. For example, “A source with direct knowledge of the situation who did not want to be identified because she was not authorized to speak to the media” is better than “some people say.”

Second, is the news outlet transparent about how it handles unnamed sources and sensitive documents? Many reputable sites are not but should be. Some news outlets have public editors or media critics who explain how news was gathered or criticize their own publications when they stray from best practices. Some also publish explainer pieces about how they gathered information about particularly controversial stories.

Finally, readers should remember that the media love controversy and conflict. Therefore, if a news site or channel delivers a vaguely sourced big scoop and no other media pick it up, readers should be very wary, particularly if the site is obscure or openly partisan.

While it’s understandable that readers would be suspicious of stories that rely on unnamed sources – particularly if the sources have leaked classified information – they have good reason to ask journalists to protect their identities. In the wake of the Trump dossier’s publication, Christopher Steele probably didn’t flee his home to simply escape nosy reporters. He probably feared some sort of retaliation.

In the United States, sources who leak classified documents to journalists face possible prison time if their identities are exposed. Many are probably familiar with the leaks about National Security Agency eavesdropping by Edward Snowden (now self-exiled in Russia) and war-related documents by Chelsea Manning, who spent seven years in prison before President Obama commuted her sentence earlier this month.

While Obama might receive praise in some circles for this act, his Justice Department prosecuted at least twice as many people for leaking information as all previous administrations combined.

Journalists put themselves on the line too as their legal right to conceal the identities of their sources isn’t well-established. According to the Reporters Committee for Freedom of the Press, at least 20 U.S. journalists have been jailed since 1972 for refusing to reveal sources. Many more have been fined.

In 1972, the U.S. Supreme Court ruled in Branzburg v. Hayes that the First Amendment didn’t give journalists the right to not cooperate with grand juries, even if cooperation meant identifying sources. A concurring opinion by Justice Lewis Powell limited the 5-4 ruling to the particular cases involved, however, and federal courts ever since have tried to figure out what that means.

Thirty-nine states and the District of Columbia have shield laws that protect journalists from being forced to reveal sources to state and local authorities. But Congress’ last attempt to pass a federal shield law in 2014 failed over concerns about whom the law would apply to, such as nonprofessional bloggers or sites like Wikileaks.

The legal problems of journalists and sources could be ameliorated by a strong, broad federal shield law, amendments to whistleblower laws to protect those who go public with concerns and a less aggressive use of the Espionage Act, which was used in the prosecution of Chelsea Manning.

In the end, the relationships between journalists and sources come down to trust. Sources must trust that journalists will protect their identities. Journalists must trust that sources are being truthful regardless of any ulterior motives. Readers, meanwhile, have to choose whether to trust media reports based on unnamed sources. Each reader has his or her own reasons for trusting or not trusting the news, but media outlets could help by relying as little as possible on unnamed sources and being as transparent as possible when they do.

With a president who has shown particular hostility to the press entering the White House, the media may have to rely more on unnamed sources and leaks to inform audiences.

Audiences, then, will have to decide where to place their trust: in the administration or in the media.