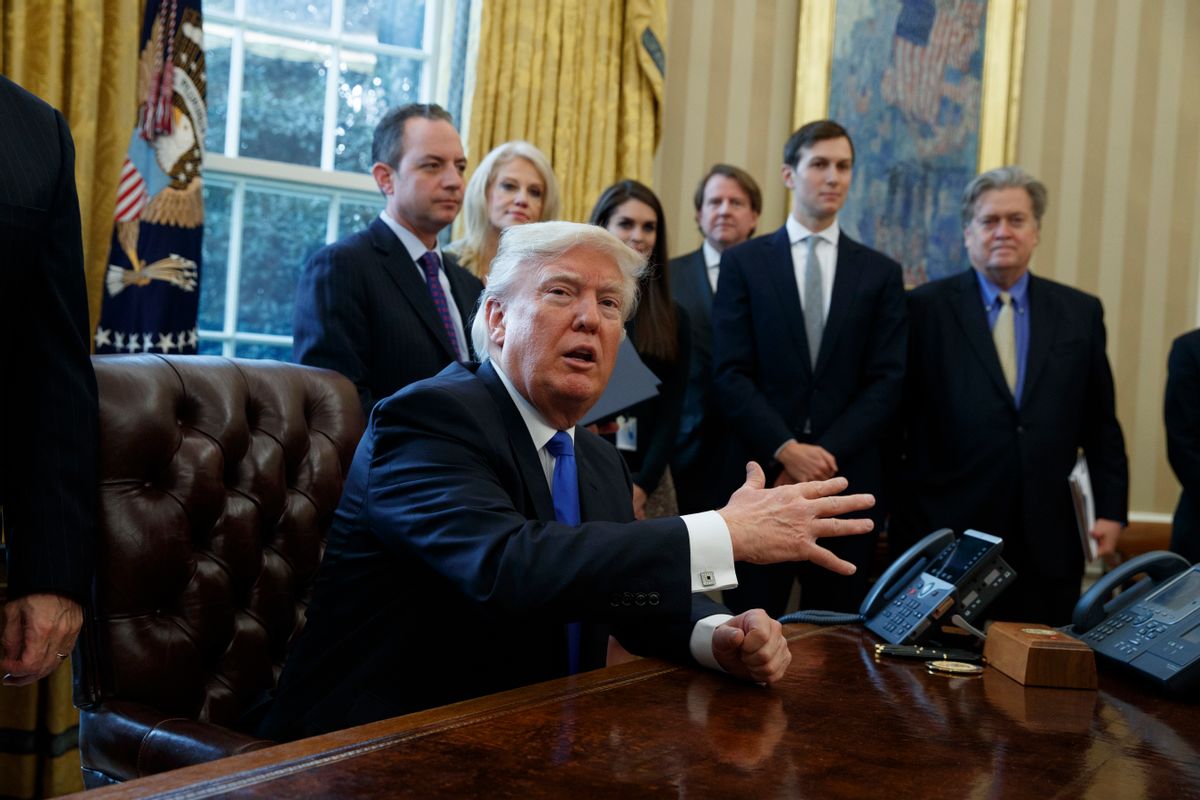 Former graphic designer and field organizer Teresa UnRue has been hired to join the Education Department, according to an internal email published by The Huffington Post. Back when she worked for Trump's campaign in South Carolina, UnRue got in trouble for sharing a video on social media in which an African-American man is shown eating fried chicken and denouncing other African-Americans for having too many children and being upset about slavery.

When UnRue shared her video on social media, she recommended it by writing, "Had me crack’n up!! Thank you! Please share this with people." She had also posted on a previous occasion belief in a conspiracy theory that Justice Antonin Scalia had been assassinated by the government, and a Huffington Post search of UnRue's Facebook posts found among them claims that former President Barack Obama is a "terrorist" and is guilty of "murder and treason."

The internal email noted that the new Education Department hires have "varied backgrounds in policy, communications, and finance," but did not say what UnRue's role would be. "The exact responsibilities for the rest of the team are being finalized," the email explained.

Other Trump staffers have shared racially questionable social media posts, such as a field organizer in Virginia who insisted that Muslims wish to force Sharia law on the rest of Americans.