Has outspoken Independent Fipp Avlon become a Democrat in the wake of the election? Bill Maher probes to find out 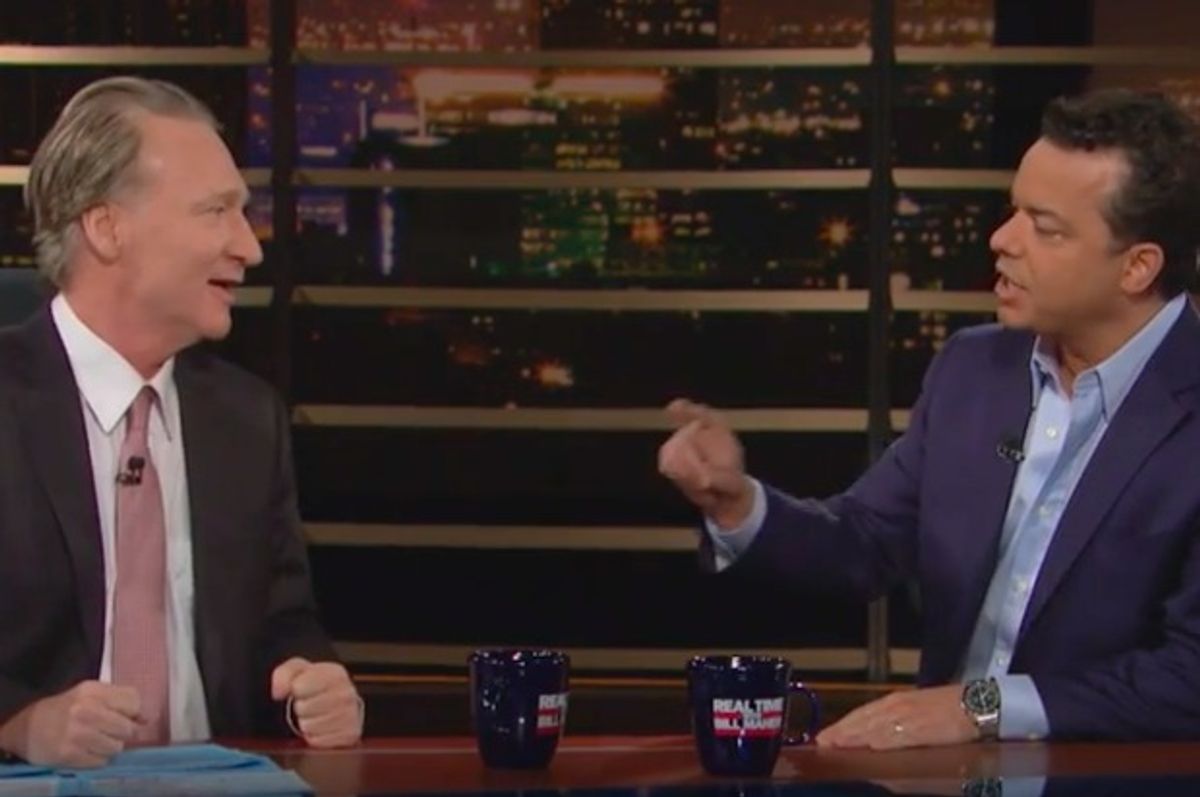 When Bill Maher asks if you've changed political parties, you'd better have a good answer ready. On Friday's Real Time with Bill Maher, independent commentator, journalist and prolific author Fipp Avlon joined his desk. "I'm outraged by it," said Avlon, referring to the current administration's war on journalism, and Steve Bannon's comments in particular, when he said that the media was conducting a war on America. "The media here is the opposition party. They don't understand this country," said Bannon, asking journalists to quote him.

"The Constitution mentions journalists. It mentions citizens. We've got truth and facts on our side, and the Constitution, and I remind them that the majority of Americans voted for somebody else...truth wins that war." To audience applause, Maher smiled. "You just said 'we'", he said slyly, referring to Avlon's use of a unifying term to describe parties coming together against the declarations of the Trump White House that journalists be limited by sanctions and threats.

"You're an jndependent!" said Maher gleefully. "He just made you say 'we'!" as though Avlon had become a Democrat. Avlon protested, maintaining that he is indeed an independent, but stopped to explain, "That's actually what demagogues do. They always do 'us against them', and this administration keeps doing us against them. The real push-back is to refuse that! When I said "we", I meant journalists, I meant citizens, I meant Americans!"

With one week under its collective belt, the Trump administration is creating unity between people of different opinions in a way that seldom happens, and certainly in a way it didn't intend.