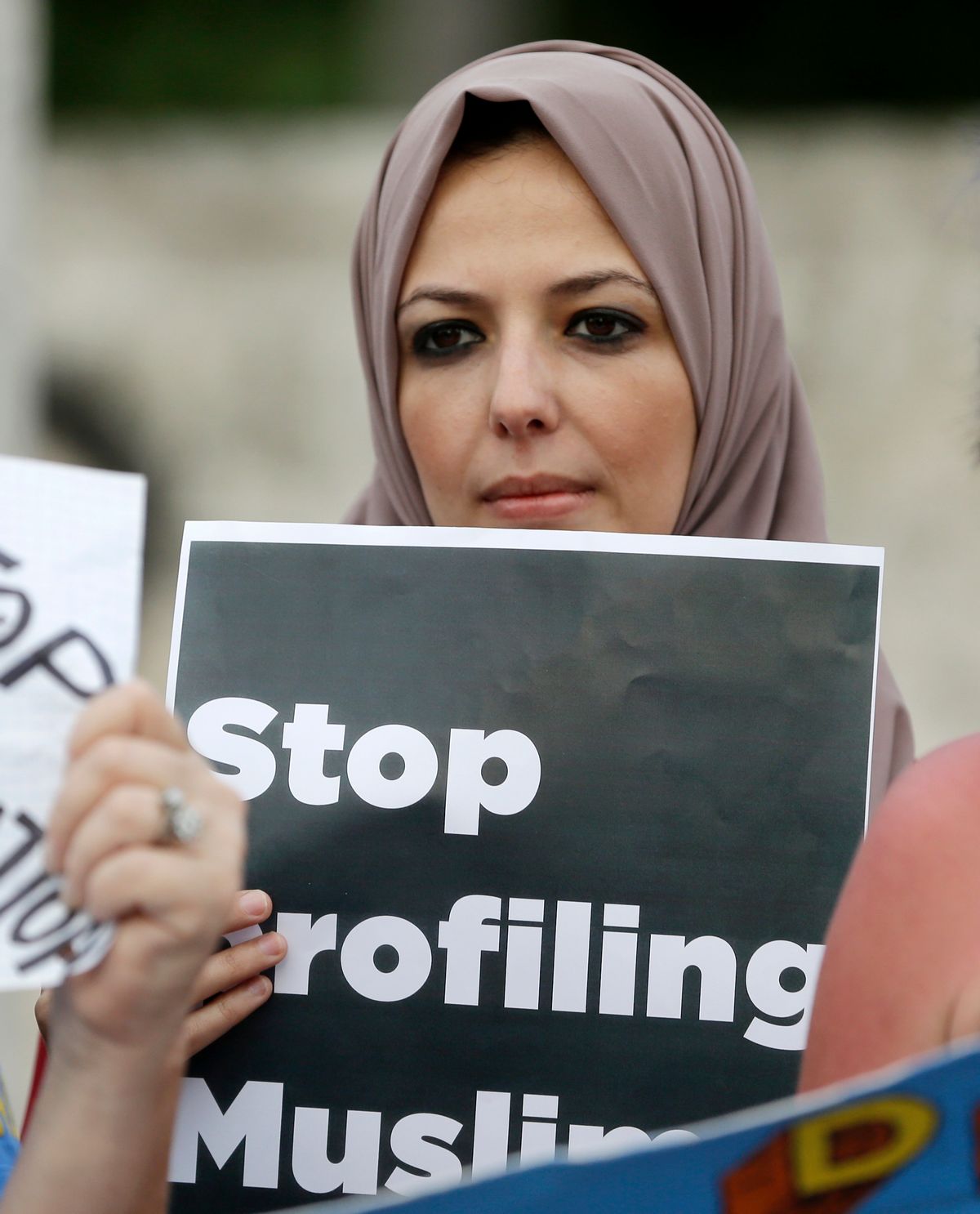 FILE - In this Jan. 22, 2017 file photo, protester Sanaa Alhagri hold a sign during a rally against President Donald Trump's executive order on Muslim immigration, in downtown Miami. Many citizens of Muslim-majority countries affected by President Donald Trump’s curbs on travel to the United States say they were hardly surprised the restrictions rank among his first orders of business. (AP Photo/Alan Diaz) (AP)
--

The program received scant attention as Trump announced on the same day his plans to build a border wall and hire thousands more federal agents as he looks to fulfill promises from his campaign.

The program has fallen out of the favor in recent years amid complaints from critics that it promotes racial profiling.

More than 60 police and sheriff's agencies had the special authority in 2009.

Since then, the number has been halved and the effort scaled back amid complaints officers weren't focusing on catching violent offenders and instead arrested immigrants for minor violations.