Shiite cleric says Americans should have to leave Iraq: "You should get your nationals out" 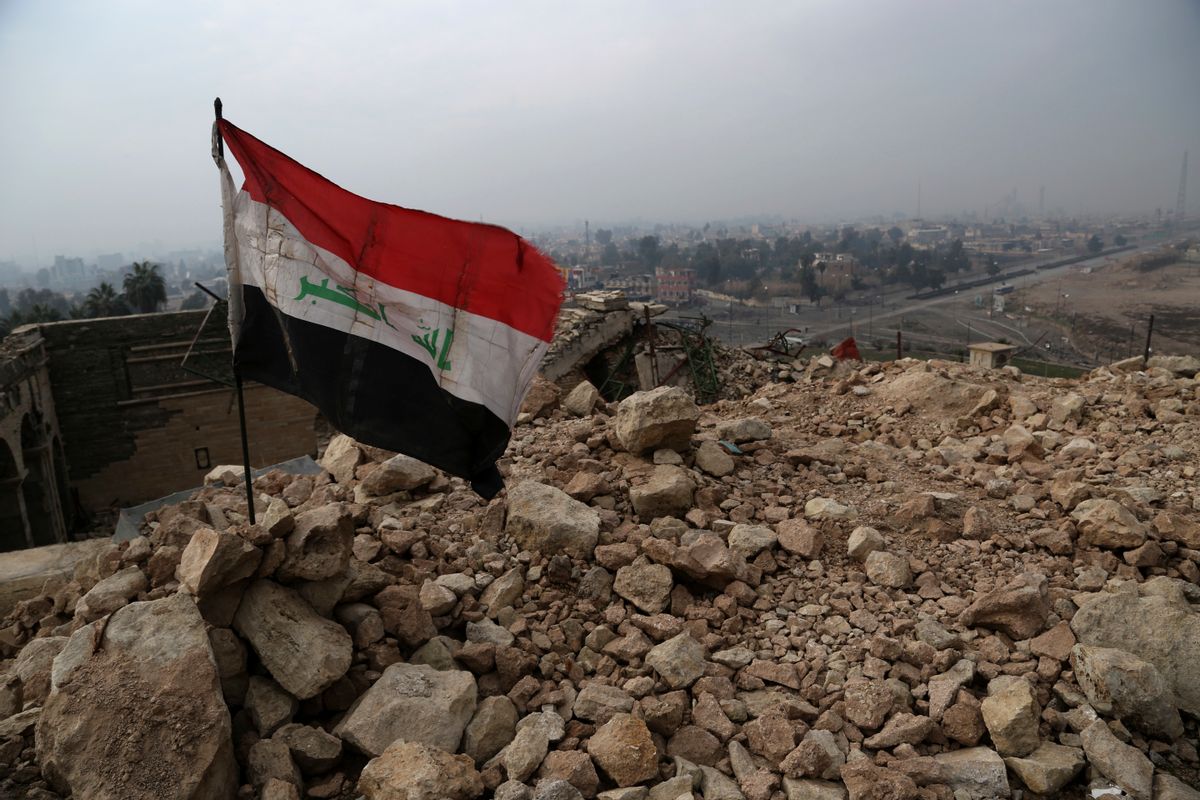 Moqtada al-Sadr, an influential Iraqi cleric, has denounced President Donald Trump's travel ban by arguing that if Americans are going to ban Iraqis, Iraq should force all American nationals out of their own country.

"It would be arrogance for you to enter freely Iraq and other countries while barring to them the entrance to your country," al-Sadr wrote on his website on Sunday, according to Reuters. "And therefore you should get your nationals out."

The Iraqi parliament expressed similar sentiments on Sunday. "Iraq is on the front line of the war on terrorism," said the parliament's foreign committee in a statement. "It is unfair that the Iraqis are treated in this way."

This isn't the first time that al-Sadr has attempted to galvanize his followers by opposing one of Trump's policies. On Tuesday he announced that he would consider an American decision to move its embassy to Jerusalem as a "declaration of war on Islam" and called for the creation of a special force that could "liberate Jerusalem."

Mogtada al-Sadr rose to prominence during the second Iraq War in 2003, when he formed the Mehdi Army in order to create an Islamic state within Iraq as opposed to the secular alternative preferred by the American government or the positions taken by the Iraqi army and many other Shias. Although the Bush administration initially wanted him killed, they eventually reversed course in 2004. As a result, al-Sadr was able to maintain and expand his power even after disbanding the Mehdi Army in 2008. Today al-Sadr's supporters make up the second largest bloc in the Iraqi parliament.