The shooting took place in the middle of services 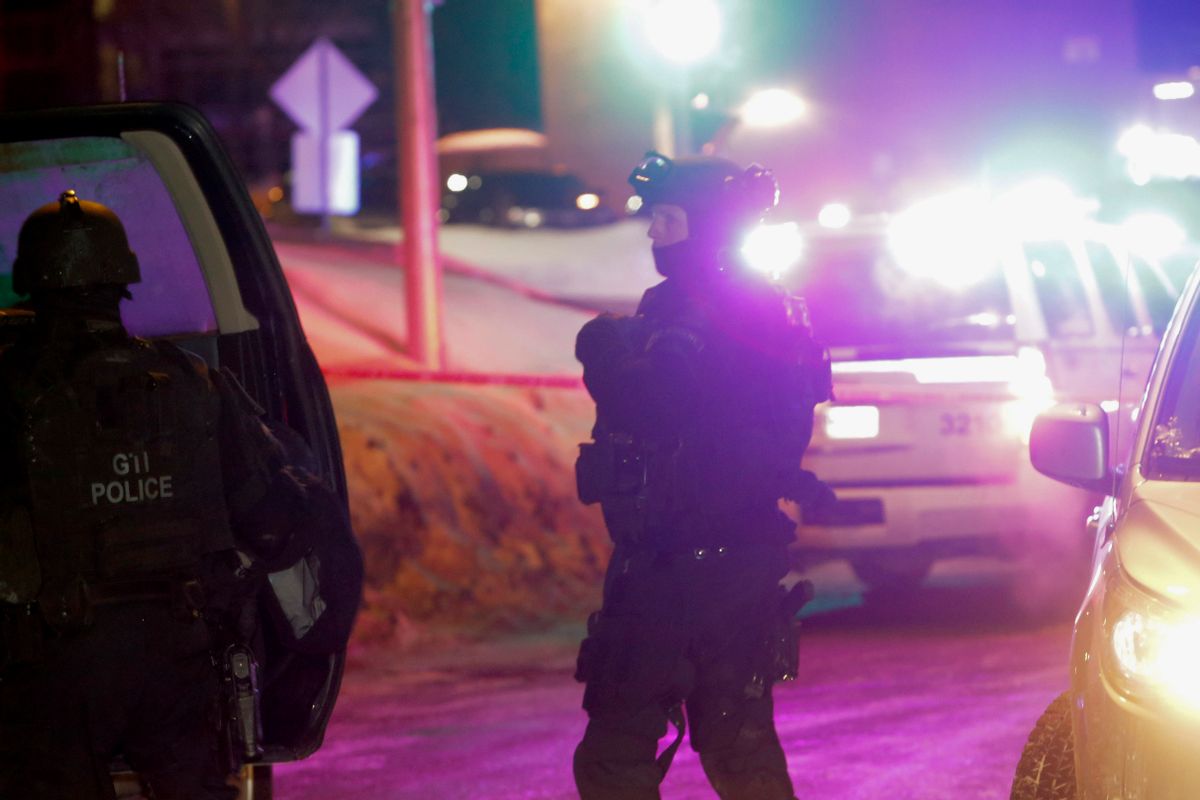 QUEBEC CITY — The Latest on the deadly shooting at a Quebec City mosque (all times local):

Quebec Premier Philippe Couillard says there will be solidarity rallies across Quebec on Monday and says the province's people will all be together to express horror.

Couillard says that like elsewhere in the world Quebec has been hit with terrorism. He says it is an act of murder against a specific community but added he doesn't want to talk about the motive until it's known.

Quebec City Mayor Regis Labeaume appeared visibly shaken at the early morning press conference. He says no person should have to pay with his or her life for their race or color.

Quebec police say six people were killed and another eight were wounded in a shooting at a mosque.

Christine Coulombe, the Quebec Provincial Police spokeswoman, says some of the wounded were gravely injured. She says the dead were approximately 35 to 70 years of age. Thirty-nine people were in the mosque at the time of the attack. Two people have been arrested.

She says one person was arrested at the scene and the other nearby in d'Orleans.

Canadian Prime Minister Justin Trudeau characterized a shooting at a Quebec City mosque as a "terrorist attack on Muslims." Trudeau said in a statement that it is "heart-wrenching to see such senseless violence" and he vowed that Canadian law enforcement "will make every effort to apprehend the perpetrators of this act and all acts of intolerance."

Five people were killed in the shooting during evening prayers Sunday, according to Quebec City Islamic Cultural Centre President Mohamed Yangui. He said the shooting happened in the men's section of the mosque. He said five males had died and he worried that some were children.