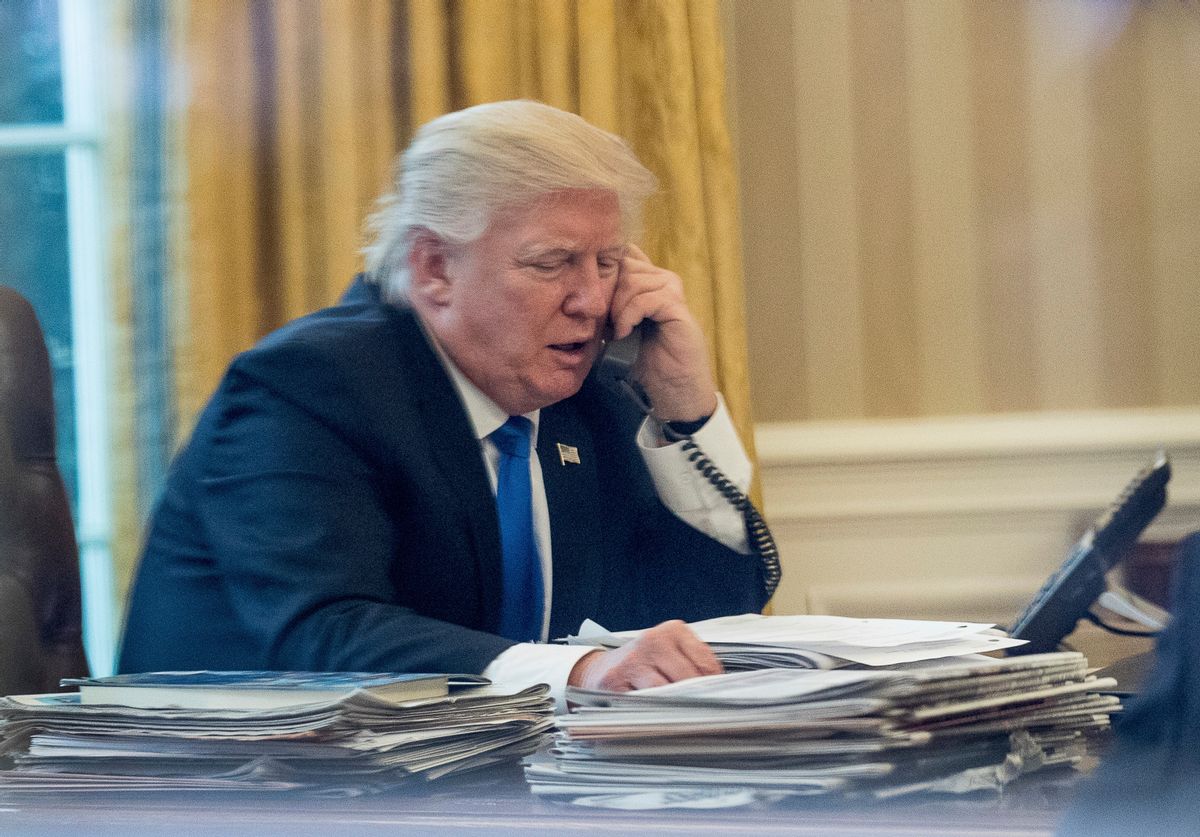 Presently more Americans disapprove of Trump's presidency than approve of it, by a margin of 45 percent to 48 percent, according to a new Gallup survey that the Los Angeles Times reported on Sunday. It only took Trump 8 days to reach this point. By contrast, it took Ronald Reagan 727 days, George H. W. Bush 1336 days, Bill Clinton 573 days, George W. Bush 1205 days, and Barack Obama 936 days to receive a majority disapproval rating from Gallup during their administrations.

In similar news, a Quinnipiac University poll released on Monday discovered that a significant majority of Americans do not share Trump's warm and fuzzy views toward Russia.

"American voters believe 53 - 39 percent that the Russian government interfered with the 2016 presidential election and support 56 - 30 percent the sanctions imposed on Russia by the Obama Administration," Quinnipiac announced in a press statement. It added that "76 percent of those who support existing sanctions want tougher sanctions."

The survey also found that 67 percent of American voters believe Russia's alleged hacking of the 2016 election is a "very important" or "somewhat important" issue and 68 percent want an investigation. Not surprisingly, 49 percent of voters also said that President Trump is "too friendly" toward Russian dictator Vladimir Putin, compared to 43 percent who said that Trump has the correct attitude toward Russia and only 3 percent who say he is "too unfriendly."

Perhaps most ominously for Trump, voters would overwhelmingly prefer to have Congress handle American-Russian bilateral relations than have their own commander in chief do so. 60 percent trust Congress to handle Russia more than Trump, compared to only 29 percent who said the opposite.