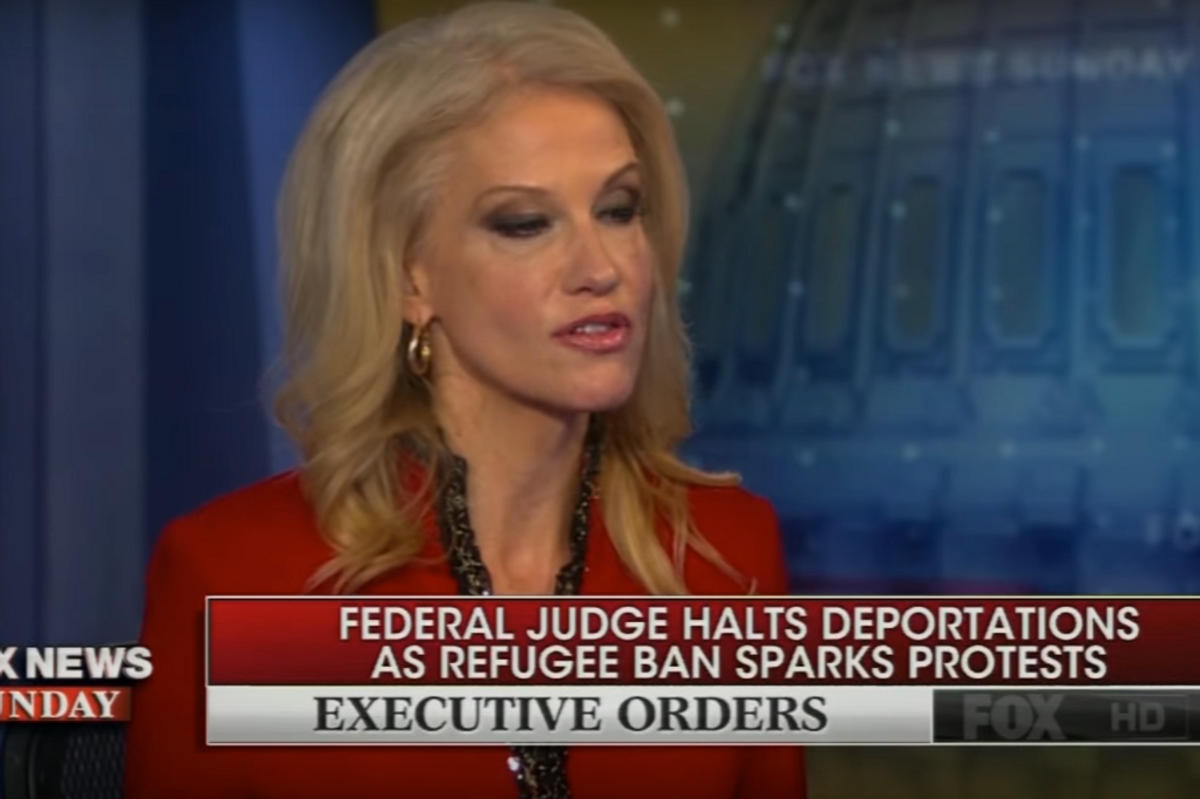 When White House senior adviser Kellyanne Conway went onto "Fox News Sunday" with host Chris Wallace yesterday, she probably did not anticipate so much pushback from the conservative network. The Fox News host pressed Conway on a range of issues, including the executive order that President Donald Trump had signed on Friday, which barred travelers from certain Muslim-majority countries from entering the U.S.

Wallace asked how the ban could be considered a success if it had sparked nationwide protests. The answer he got in return was a rambling complaint about the difficulty of working with the media.

"I spoke for 35 minutes on three network Sunday shows," Conway grumbled on the morning program. "You know what got picked? The fact that I said 'alternative facts.' Not the fact that I ripped a new one to some of those hosts."

Every time Wallace pleaded with Conway to stick to his original question, the spin doctor would pivot to the failings of the press in the past election.

"Not one network person has been let go. Not one silly political analyst and pundit who talked smack all day long about Donald Trump has been let go," Conway said. "They are on panels every Sunday. They are on cable news everyday. Who's the first editorial writer — where's the first blogger that will be let go, that embarrassed his or her outlets? We know all their names."

Throughout the segment, Wallace interrupted Trump's former campaign manager to reorient her focus. But the experienced broadcaster seemed perfectly content to let Conway implode during part of the interview.

"The election was three months ago," Conway declared. "None of them have been let go. If this were a real business, if the mainstream media were a thriving private-sector business that actually turned a profit, which is not true of many of our newspapers, Chris, 20 percent of the people would be gone," Conway said.

"And yet we deal with them every single day," she continued. "We turn the other cheek. If you're part of Team Trump, you walk around with these gaping, seeping wounds every single day. And that's fine. I believe in a full and fair press. I'm here every Sunday morning. I haven't slept in months."