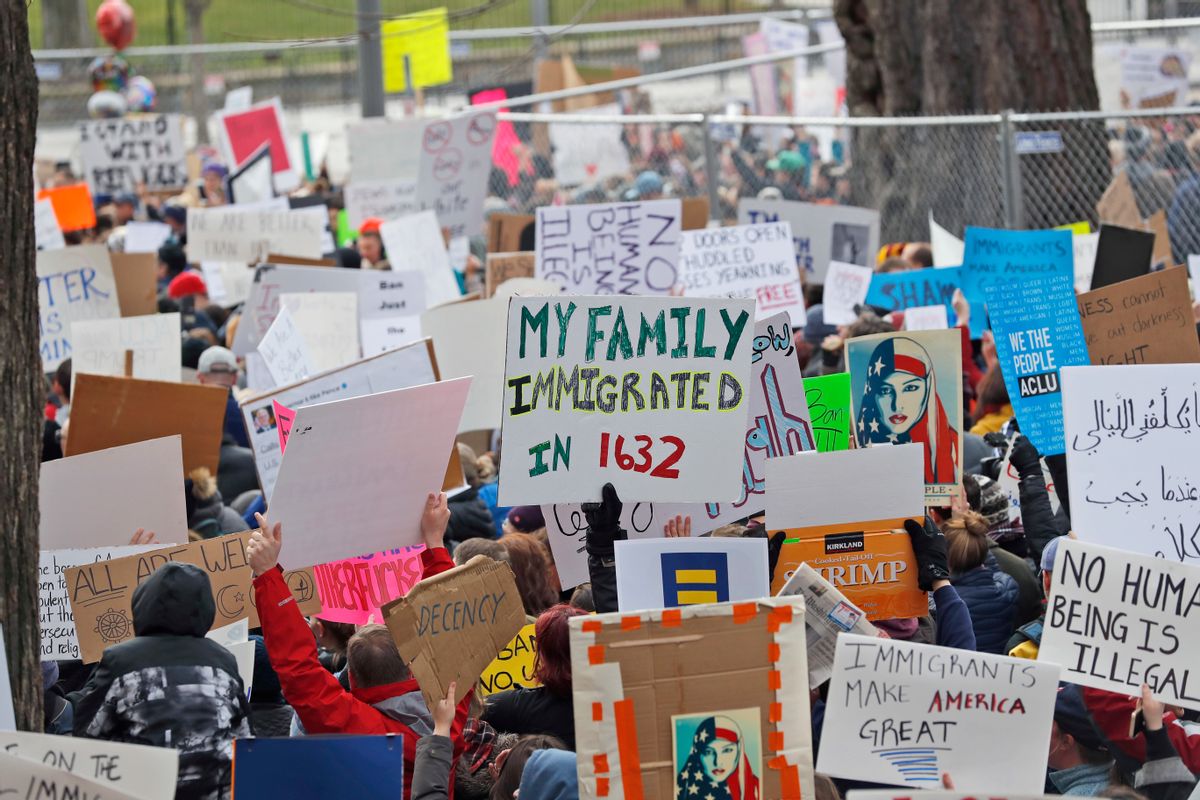 Protesters carry signs and chant in Lafayette Park near the White House during a demonstration to denounce President Donald Trump's executive order that bars citizens of seven predominantly Muslim-majority countries from entering the U.S. on Sunday, Jan. 29, 2017, in Washington. (AP Photo/Alex Brandon) (AP)
--

The Association of American Universities urged Trump on Sunday to reverse his executive order halting immigration from seven Muslim-majority countries, saying it will only steer top scholars to countries that compete with the United States. Presidents from other schools issued scathing attacks of the move.

Many students and scholars from countries affected by the ban have been caught in legal limbo while traveling abroad.

Iranian Yale University doctoral student Ali Abdi left the U.S. days before the order was signed to conduct research in Afghanistan. Now he doesn't know if he can return.

Other schools with students or faculty who were stranded include MIT, Harvard and Clark Atlanta University.