"The rollout of this executive order was terrible," Christie said of Trump's travel and refugee ban 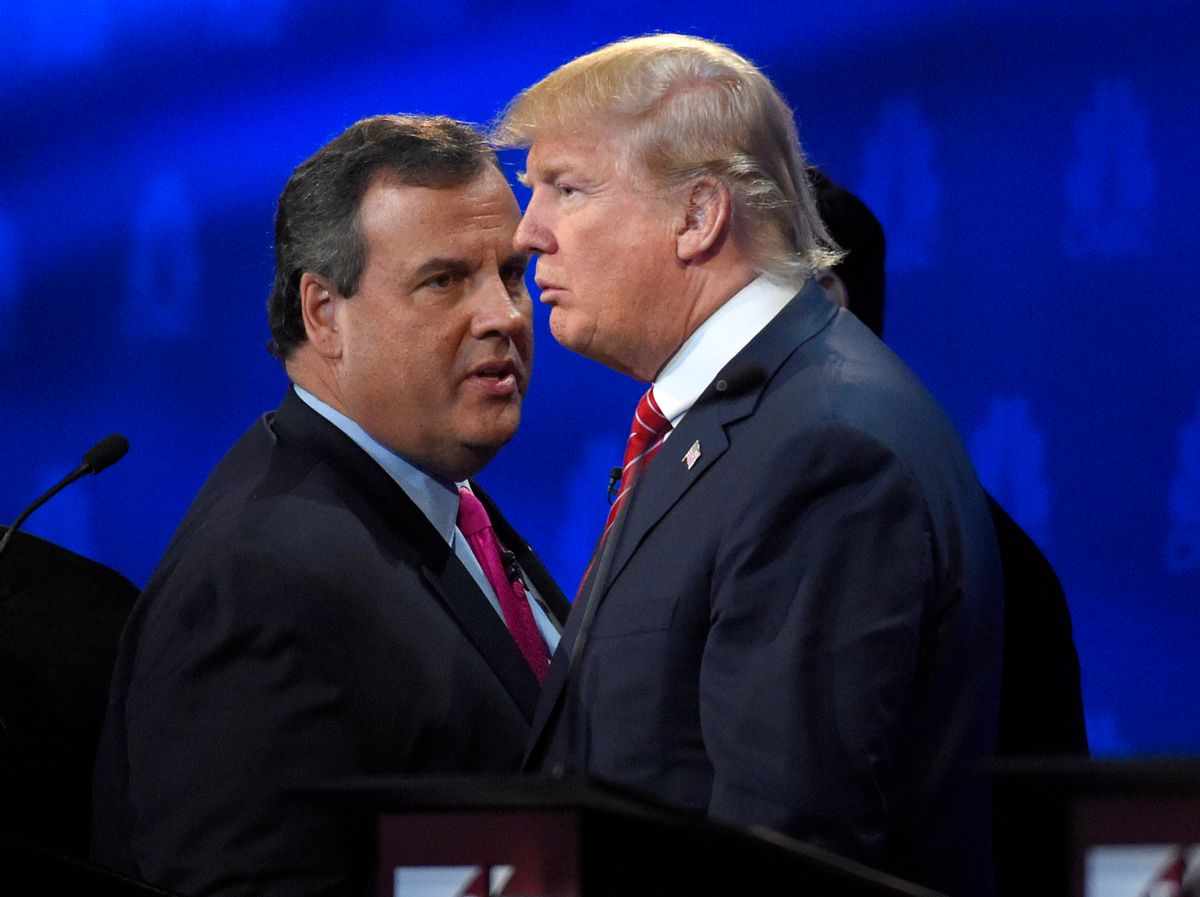 FILE - In this Oct. 28, 2016 file photo, New Jersey Gov. Chris Christie and Donald Trump talk during a break in the CNBC Republican presidential debate at the University of Colorado in Boulder, Colo. Christie had better be hungry: Hes got a lot of harsh words to eat about Trump now that hes endorsed the billionaire. Trump, in turn, has some tough things about Christie to start walking back now that the two men are suddenly allies instead of antagonists in the Republican presidential race. (AP Photo/Mark J. Terrill, File) (AP)
--

New Jersey Gov. Chris Christie remained ever the loyal foot soldier even after he was pushed out of Donald Trump's inner circle shortly after the political neophyte's shocking presidential win. He remained silent during the transition as he saw any chance for a role in the Trump administration shot down by a petty and spiteful team. Now, Christie is finally daring to utter a word of criticism about President Trump — just as the governor's approval rating in New Jersey sinks to a historic low.

At a press conference on Tuesday, Christie said he "doesn't disagree" with Trump's executive order to block refugees from entering the United States, but that "the rollout of this executive order was terrible — the way people were not involved or consulted. There was confusion in the enforcement that went on here." Chrisitie stopped short of blaming Trump for the chaos of the ban's implementation.

“I think the president’s intention here is right,” Christie said, according to NJ 101.5 Radio. "And the president deserved much better than the rollout he got of this plan. I think that’s what caused a lot of mistakes that were made. And those mistakes were unacceptable.”

Trump's order has elicited a strong backlash, mostly from Democrats but also from some Republicans. The executive order suspends the refugee program for 120 days and bars Syrian refugees from entering the United States indefinitely. Nationals from seven predominately Muslim countries — Iran, Iraq, Libya, Somalia, Sudan, Syria and Yemen — are prohibited from entering the country for 90 days.

"Look, my view would be that this should be based upon intelligence that we gather about particular groups and countries," he said.

In late 2015 when Trump called for a "total and complete shutdown of Muslims entering the United States" in the wake of the San Bernardino terror attack, Christie railed against his then rival for president. "We do not need to endorse that type of activity, nor should we," Christie had said during an appearance on conservative talk radio show. "You do not need to be banning Muslims from the country. That's, in my view, that's a ridiculous position and one that won't even be productive."

During that same November 2015 interview, however, Christie said the U.S. should not accept any Syrian refugees — not even “orphans under the age of 5.’’

Prior to his making comments on Tuesday, Christie hadn't held a press conference in nearly five months — since before the beginning of the trial in connection with the George Washington Bridge closures (which resulted in the convictions of two of his allies). Christie's decision to finally speak to the press and criticize his onetime ally comes as he wins the dubious distinction of being the least popular New Jersey governor in recent memory.

And 78 percent of all the New Jersey voters surveyed by Quinnipiac disapproved of the Republican governor with only 17 percent approving. This poll represents a record low for Christie — similar to an abysmal 1977 rating for former Democratic governor Brendan Byrne: After Bryne signed into law the state income tax, a Rutgers-Eagleton poll measured his approval rating at about 17 percent.

Christie’s term in New Jersey ends in 11 months. He is in the final year of his second term and cannot seek re-election for this office.