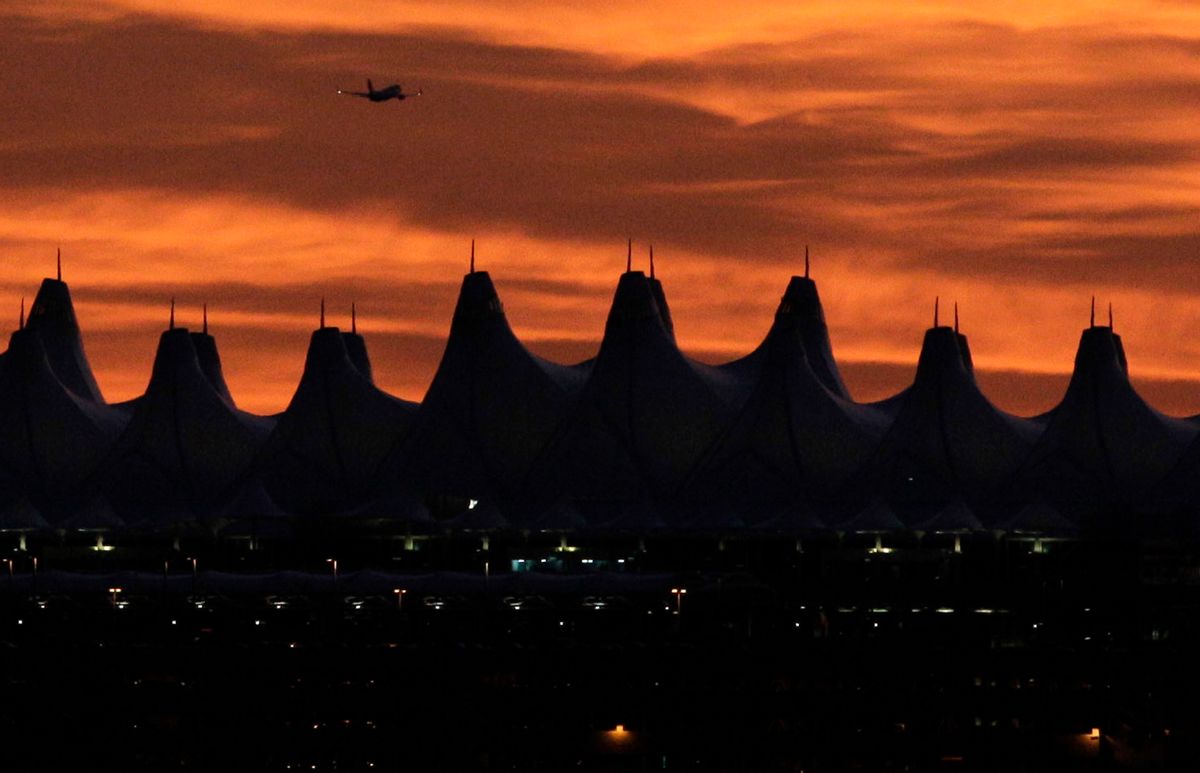 Anti-Trump protesters and the Denver Police Department may disagree about whether the First Amendment grants them the right to protest at airports.

According to a video posted to YouTube by protester Darren O'Connor on Saturday, "Commander Lopez of the Denver Police Department was having none of it, no First Amendment Right to express the outrage being felt across the country at the unilateral closing of our borders to people with Green Cards and families in America. The First Amendment requires a permit. Even carrying the constitution without a permit is illegal, according to Commander Lopez. Read that again. And again. And again."

During the protest, Denver Police Commander Tony Lopez told protesters that they should "put all the signs away that have anything to do with First Amendment expression, political message. Based on legal advice we are getting at this time, from the city attorney, what's being displayed, is a violation of airport rules and regulations."

As NBC News affiliate 9News pointed out, "the Supreme Court has ruled before that airports are not traditional public forums, giving airport officials the ability to impose reasonable restrictions." This coincides with the position taken by Denver International Airport spokesman Heath Montgomery, who told 9News that "we have to ensure that people who use this airport are safe and able to go about their business uninterrupted and that's going to remain our focus." According the airport's rules and regulations, protesters need to submit a permit one week in advance, which didn't happen prior to Saturday's event.

Eventually a compromise was struck and the protesters were allowed to move to another part of the airport.