Donald Trump's dance with the devil: Did the White House mean to wink at Holocaust deniers? 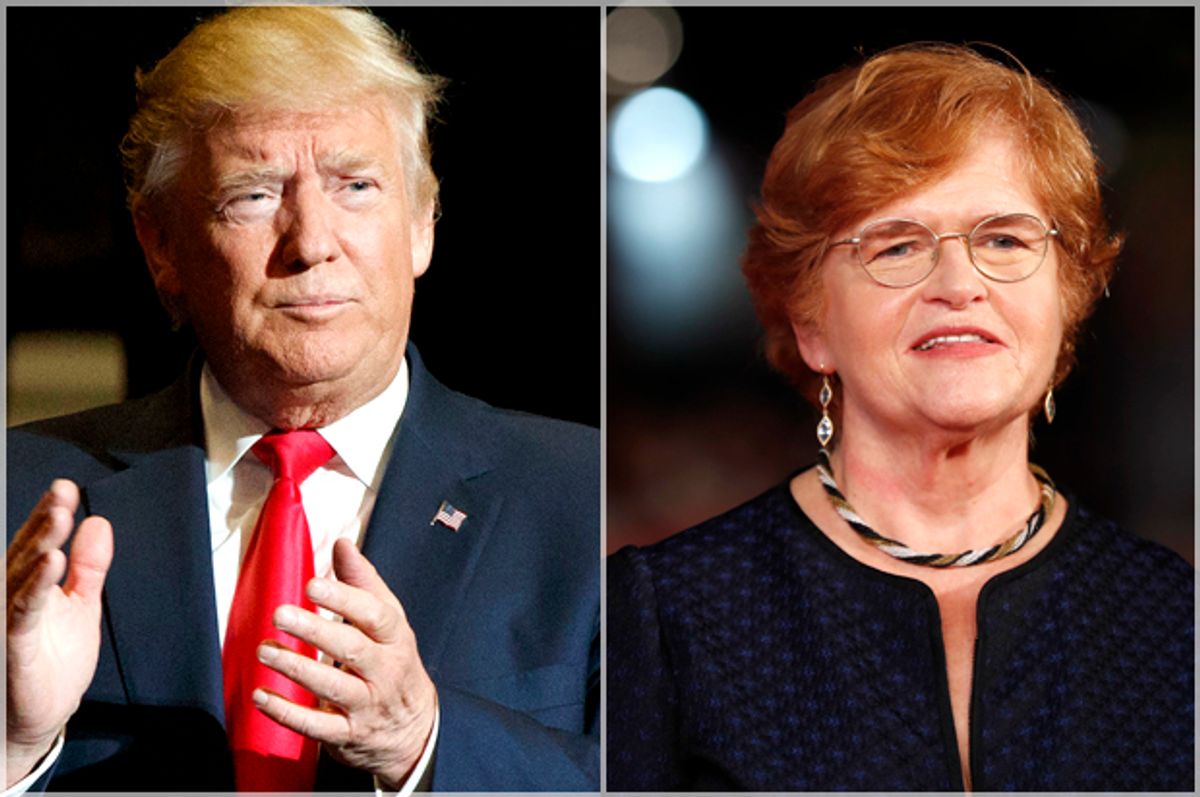 President Donald Trump has barely been in office for a week and already he's being accused, by prominent and credible people, of aiding and abetting Holocaust denial. Both Sen. Tim Kaine, D-Va., and conservative commentator John Podhoretz have gone public with such criticisms.

This outcry resulted from the White House statement on Holocaust Remembrance Day, which  omitted any mention that the Holocaust was an effort to get rid of the Jewish population of Europe. All previous presidents had made mention of the fact that while many non-Jewish people were killed in Nazi Germany's concentration camps, the machinery of the Holocaust was created and effectively used to kill more than 60 percent of Europe's Jewish population.

This omission is especially troubling in light of the fact that Holocaust denialism — which is about either outright denying or aggressively downplaying the Jewish genocide at the hands of the Nazis — is a common feature of the specific variety of white nationalism that's being mainstreamed by Trump and his "alt-right" advisers, including Steve Bannon, who formerly ran Breitbart. The fact that Trump's Holocaust statement was issued at almost the same time as his ban on refugees and immigrants from certain countries — which reminded many observers of the efforts to turn away Jewish refugees during World War II — did not help matters.

In addition, Trump is known to be fond of conspiracy theories, including overtly racist ones like the "birtherism" claim he lobbed at former president Barack Obama. Holocaust denial is the granddaddy of conspiracy theories, and many of the common tropes and strategies used by a wide range of conspiracy mongers can be traced to efforts to deny or explain away the Nazi campaign to murder Jews.

“The fact of the matter is that the Holocaust, as defined by historians, is not 'all the bad things the Nazis did,'" explained historian Deborah Lipstadt over the phone. "The Nazis did lots and lots of bad things. But the Holocaust is the attempt to annihilate European Jewry.”

In 1993 Lipstadt wrote an important exposé on Holocaust denialism, "Denying the Holocaust: The Growing Assault on Truth and Memory." She was then sued in a British court by conspiracy theorist David Irving, because she correctly characterized many of Irving's public statements as Holocaust denial. Lipstadt won the suit.

In our conversation, Lipstadt laid out her theory that there are two kinds of Holocaust denial: "hard-core" and "soft-core."

“Hard-core denial," she explained, is when someone seeks to deny the very existence of Nazi gas chambers, "deny Hitler wanted to kill the Jews [and] deny the facts of the Holocaust."

Soft-core denial, however, is subtler. That is less a matter of "denying the Holocaust outright," she said, so much as "de-Judaizing it" or otherwise trying to downplay the historical importance of Hitler's efforts to commit genocide against the Jews.

As Mark Hoofnagle of Denialism Blog, which tracks and exposes conspiracy theories, has explained, soft-core denialism has developed as a way for denialists to communicate their ideas while maintaining a veneer of plausible deniability.

Such soft-core "deniers have become more subtle in the decades since Paul Rassinier outright denied [the Holocaust's] existence in the aftermath of WWII," Hoofnagle has written. They often rely instead on "minimization and distraction" to push the notion that while the Holocaust was a tragic event, it was not a large-scale genocide against the Jewish people.

This form of denial is similar, in this limited sense, to climate-change denialism. In some circumstances, denialists will flat out suggest that climate change is a hoax. In more mainstream arenas, they will soften their rhetoric, claiming instead to be unsure whether climate change is real. Or they will admit that it's happening while expressing skepticism that humans are causing it.

It is worth noting that Trump himself has this habit, sometimes calling climate change a hoax and other times softening his rhetoric to suggest he's just uncertain about the science.

Was the White House Holocaust statement meant as a nod and a wink to denialists? Lipstadt isn't sure. “It could have been a rookie mistake," she said. "And that’s what I initially thought it was.”

But the fact that White House spokespeople such as Hope Hicks and Reince Priebus dug in their heels and refused to admit that it was an error at all made Lipstadt worry. Hicks even used rhetoric that echoes that of Holocaust denialists, saying, "We took into account all of those who suffered."

Well, so did president Barack Obama, in his presidential statements on this remembrance day. But he managed to do so while not erasing the intent and focus of the Holocaust.

"Today, with heavy hearts, we remember the six million Jews and the millions of other victims of Nazi brutality who were murdered during the Holocaust," Obama wrote in his 2015 statement, which also identified "anti-Semitism" as the root cause of the Holocaust.

The shifty rhetoric coming from White House defenders like Hicks and Priebus makes interpreting the underlying meaning a problem. “Either this is an administration that can never admit it’s wrong, which is not a good thing,” Lipstadt said. “Or there are people in the White House who think the Holocaust should be de-Judaized.”

If the former is true, it's still alarming. Trump has a huge fan base among neo-Nazis, anti-Semites, white supremacists and so on — the people Hillary Clinton famously called the "basket of deplorables." If the White House doesn't want to enable those deplorables and egg them on, it should hasten to assure the public that the president understands the historical facts of the Holocaust. Public officials should try to avoid even the appearance of playing footsie with neo-Nazis.

As Lipstadt made clear, no one is denying that other historical genocides also deserve attention. But Holocaust denialism, whether it takes the form of denying that the Holocaust ever happened or simply minimizing or ignoring the fact that it was a genocidal attack on Jews, is about perpetuating anti-Semitism.

“Conspiracy theorists are not people who haven’t gotten enough information," Lipstadt argued. "They’re people who come to it with a pre-existing idea, and usually underneath that idea is some sort of prejudicial notion. You know, government is cheating us. Jews want power. Jews want money. Blacks are lazy; they cheat.”

She flagged birtherism, a conspiracy theory much beloved by Trump, for its similarities to Holocaust denialism. Birthers, she suggested, cannot believe that a black man like Obama got into the White House on merit and so cling to the idea that he must have cheated.

As with Holocaust denialism, birtherism took multiple forms, with believers carefully calibrating what they said depending on the people in their audience and their level of skepticism. When around fellow true believers, birthers will often let loose with their belief that Obama faked his birth certificate. In more mainstream spaces, birthers become cagey, claiming that they are just raising questions and painting themselves as earnest seekers of truth.

Trump has a history of using slippery rhetoric to push conspiracy theories, while also denying that is what he's doing. This is why there's room for suspicion around the slippery rhetoric being used to justify the erasure of the Jewish genocide in his Holocaust Remembrance statement. If the president really didn't mean to wink at Holocaust deniers, he should apologize outright and issue a full-throated correction.