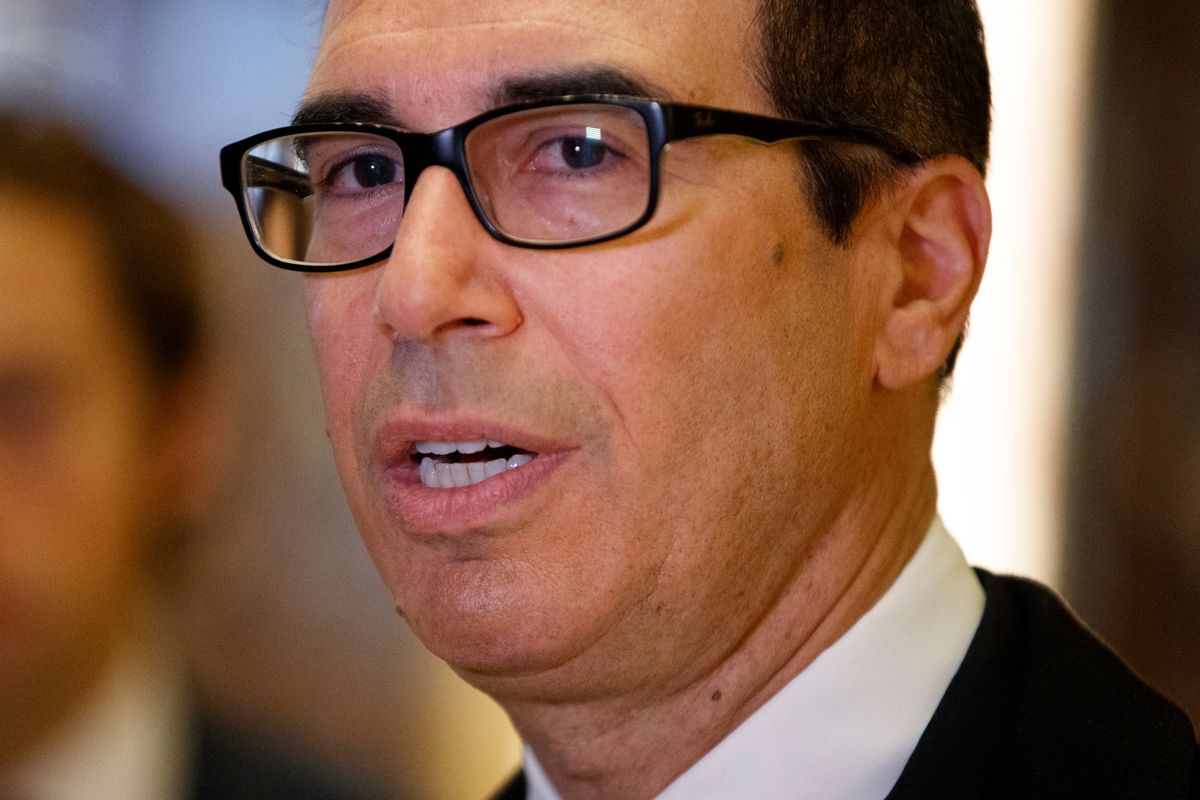 Steve Mnuchin, the former Goldman Sachs banker who President Donald Trump wants to be America's next treasury secretary, is being alleged by Senate Democratic aides to have lied about his foreign investments during his confirmation hearing.

"Misleading — and that's the most charitable way you could say it," Sen. Ron Wyden told CNN. "You walked away thinking that almost the only people were churches and pensions."

Although it is not illegal for Mnuchin to have foreign investors in these finance entities, many of which helped fund movies, Mnuchin was obligated to mention his role in the entities, which he may not have done. Senate Democrats also claim that Mnuchin has ducked follow up questions about these conflicts of interest since his confirmation hearing.

This isn't the first time that Mnuchin has allegedly been less than forthright during the confirmation process. Before his confirmation hearing, it came out that he had omitted his involvement in offshore holding companies and more than $100 million in assets when filling out the committee's questionnaire. Although he subsequently updated his form, he complained that it was difficult to fill out all of the necessary paperwork.

"I think, as you can all appreciate, filling out these government forms is quite complicated," Mnuchin said at the time. "The amount of paperwork and filling out the forms, even for me, having experience in business, was quite a job."