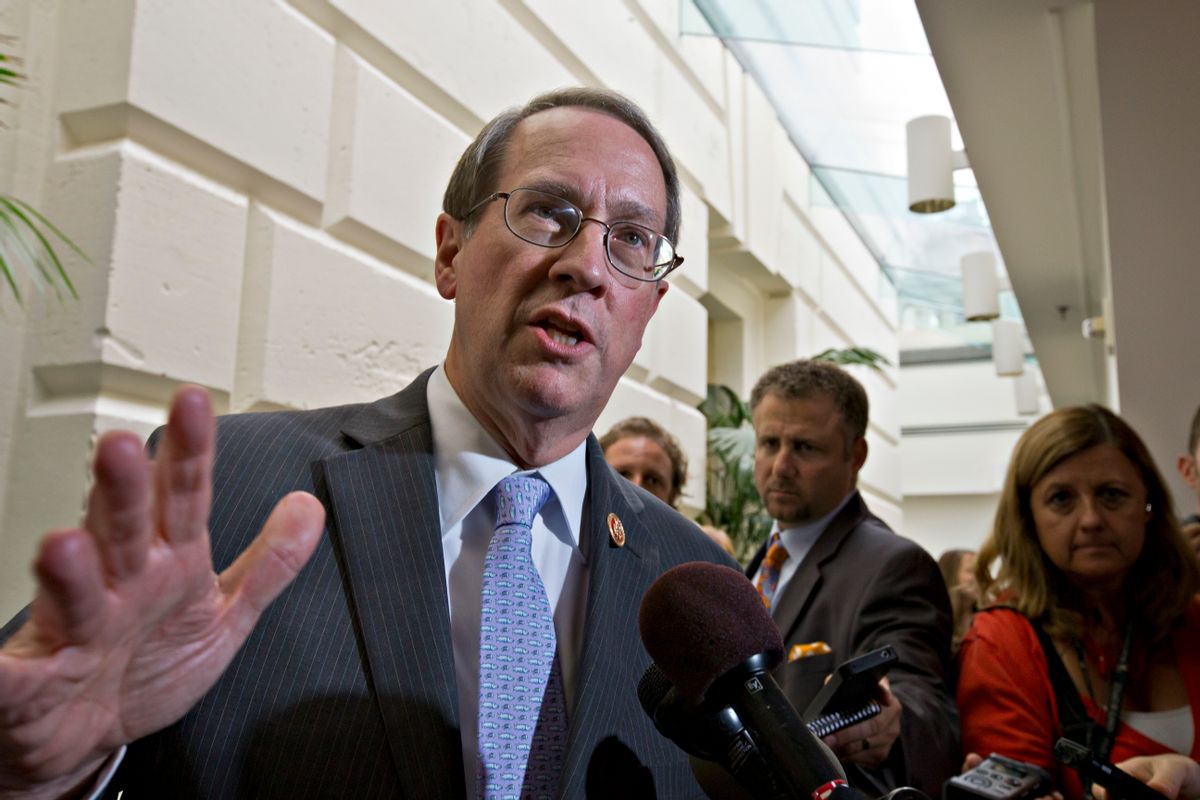 Top Republican congressional leaders rushed to defend the Trump administration Tuesday after it was revealed that the White House directed GOP Hill staffers to not divulge the details of the "extreme vetting" and refugee ban they helped draft.

After a weekend of chaos over President Trump's controversial travel ban on seven majority Muslim nations and the resettlement of war refugees into the U.S., it became apparent that several pertinent committees, agencies and leaders were left out of the loop prior to the executive order's immediate implementation on Friday. But as Politico reported late Monday, at least one particular group was consulted beforehand.

Some staff of the House Judiciary Committee were permitted to offer their policy expertise to the Trump transition team about immigration law, but only after they were sworn to complete secrecy — even keeping their own bosses in the dark.

Asked about the remarkable situation in which his staffers were reportedly better briefed on a major immigration shift than he was, Goodlatte defended the Trump's administration on Tuesday.

“My staff on the House Judiciary Committee are some of the best on Capitol Hill. They are experts in their respective fields and I proudly allowed them to provide their expertise to the Trump transition team on immigration law,” Goodlatte said in a statement.

“To be clear, while they gave advice to the new Administration, they did not have decision making authority on the policy. The final decision was made at the highest levels of the Trump Administration, and I support the President’s executive order.”

In a closed-door meeting of House Republicans Tuesday, Politico reported that Goodlatte further explained that his staffers' involvement with the Trump team ended Jan. 20 and was on a volunteer basis. Still, Texas Republican Rep. Bill Flores pressed Goodlatte on how staff members of the House Judiciary committee could work on the travel ban executive order without looping in GOP leadership, according to CNN.

Major questions still remain about Goodlatte's staff's involvement in the executive order — specifically if he signed off on the reported NDAs.

The White House’s handling of the executive order has prompted calls from Capitol Hill that Trump’s team needs to do a better job going forward of coordinating strategy and messaging.

Trump's order immediately caused confusion and protests at airports as even legal permanent residents of the US, who held green cards, were detained and denied entry at ports of entry.

Representative Michael McCaul of Texas, the chairman of the Homeland Security Committee, did not receive advance notice of the executive order.

"In the future, such policy changes should be better coordinated with the agencies implementing them and with Congress to ensure we get it right — and don’t undermine our nation’s credibility while trying to restore it,” he said in a statement.

“It would have been smarter to coordinate with us,” Representative Dave Brat of Virginia, a Trump ally, told the Atlantic on Monday. “They could have done a better job announcing how the complexities were going to work in advance.”