The ghost of Merrick Garland: Democrats, angered by GOP obstruction, may dig in on Neil Gorsuch 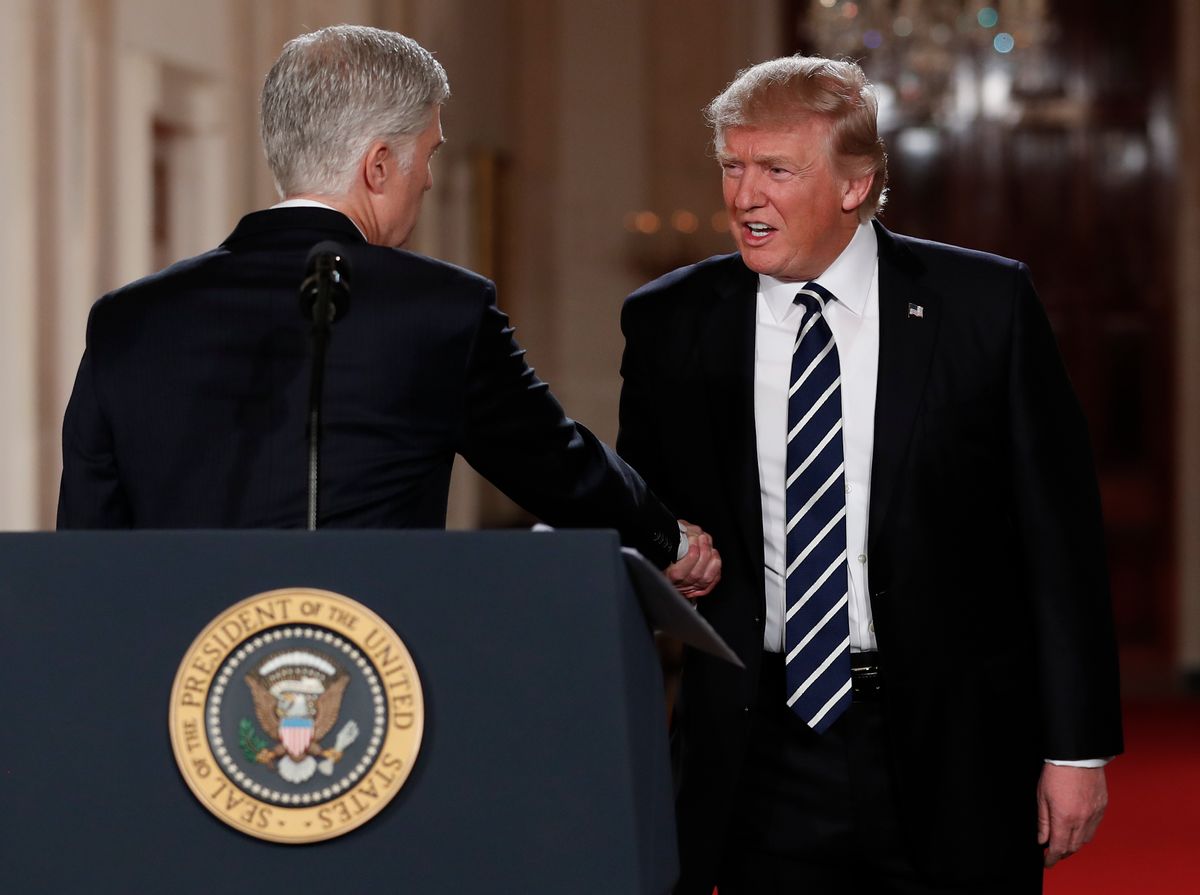 Roughly one year after Republicans successfully thwarted then-President Barack Obama's nomination of Merrick Garland to the Supreme Court, it remains to be seen how far Democrats will go in doing the same thing to President Donald Trump's choice, Neil Gorsuch.

"This is a stolen seat being filled by an illegitimate and extreme nominee, and I will do everything in my power to stand up against this assault on the court," Oregon Sen. Jeff Merkley said Tuesday.

Merkley is not alone in promising to filibuster Trump's nominee, as Sen. Jack Reed of Rhode Island said the same thing when he commented "all of President Obama’s Supreme Court nominees cleared a sixty vote threshold and President Trump’s nominee should adhere to the same standard."

By contrast, one of Trump's most reliable Democratic supporters in the Senate, Sen. Joe Manchin of West Virginia, ruled out the possibility of a filibuster, saying that "we should debate his qualifications on the Senate floor." Democratic party leadership in both houses of Congress seem to be leaning toward Merkley's attitude rather than Manchin's.

"Make no mistake, Senate Democrats will not simply allow but require an exhaustive, robust, and comprehensive debate on Judge Gorsuch's fitness to be a Supreme Court Justice," said Senate Majority Leader Chuck Schumer of New York. House Minority Leader Nancy Pelosi of California had a similar sentiment, saying that "if you breathe air, drink water or eat food, take medicine or in any other way interact with the courts, this is a very bad decision — well outside the mainstream of American legal thought."

During a press briefing on Tuesday, Press Secretary Sean Spicer condemned many Democrats for vowing to vote against Gorsuch "before they've even heard who this individual is, you've got some of them saying, absolutely no. The default used to be, unless qualified, confirmed. And it is now going to, always no. And I think that's a pretty sad message."

Spicer did not acknowledge that Republicans had obstructed Merrick Garland, much less that as recently as October (when it seemed like Hillary Clinton would be the next president), Sen. Ted Cruz, R- Texas, had suggested indefinitely delaying the replacement of Justice Antonin Scalia as a way of thwarting a Democratic nominee.