Media shut out: Republican Rep. abruptly canceled meeting about the ACA because the press was present 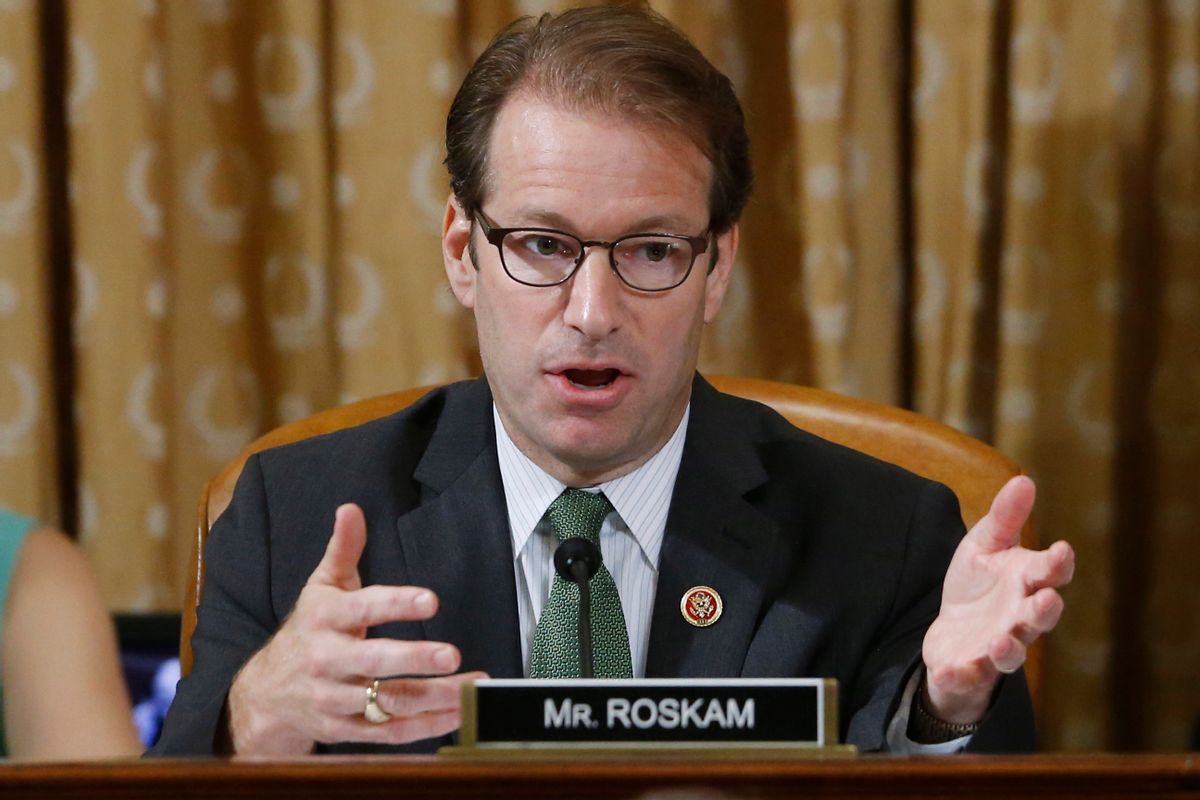 FILE - In this May 17, 2013 file photo, Rep. Peter Roskam, R-Ill., is seen at a hearing of the House Ways and Means Committee on Capitol Hill in Washington. The contest for the No. 3 spot in the House GOP has turned into tea party conservatives last, best shot at congressional leadership after getting shut out of the top two jobs in the shakeup following Majority Leader Eric Cantors surprise primary defeat. All three _ Steve Scalise of Louisiana, Roskam of Illinois, and Marlin Stutzman _ are to make their case to GOP rank-and-file lawmakers Wednesday ahead of votes on Thursday.() (AP Photo/Charles Dharapak, File)
--

Republican Rep. Peter Roskam cancelled a meeting with a group of 16 constituents from Illinois' 6th district because they were accompanied by a member of the press, according to the Aurora Beacon-News. The group wished to share their concerns over the repeal of the Affordable Care Act, but were told that the media was not allowed in private meetings with constituents.

When the group arrived in the congressman's West Chicago office, a staff member behind a glass window reportedly criticized the group for inviting a reporter and said only eight people were scheduled to be in the meeting. The group said that the reporter did not have to be present in the meeting, but the staffer abruptly announced the meeting would be rescheduled and walked away.

After several minutes, the group realized no one was going to come back to offer an explanation or to reschedule, so they decided to hold an impromptu meeting in the lobby without any congressional staffer in attendance.

"He just ran off," Sandra Alexander, who scheduled the meeting, said. "They never told me that the media could not be here, and the reporter was willing to leave so that we could have our meeting.

"I am flabbergasted that Peter Roskam and his staff would turn us away," she continued. "They didn't have the courtesy to listen to us. We are a peaceful group."

The group said they had met through mutual concerns over Roskam's efforts to repeal the ACA. They urged the congressman to support the Affordable Care Act and to make an effort for improvements.

"I am very concerned about the callous way politicians seem to be talking about just repealing the ACA. With a pre-existing condition, my health care depends on it," Marry Briggs, a constituent who has cancer, said. "My tears tell it all. I think being here has fallen on deaf ears. Roskam doesn't represent us. I will remember this at the next election."

Alexander said she was not told that the media couldn't attend and noted that he told the congressman's office that the press was willing to leave.

"This is Freedom of the Press — the media has a right to be here and we have the right to talk with the media. I really don't understand what happened here today. Shame on Peter Roskam. It is very sad that this is how he feels about his constituents," Alexander said.