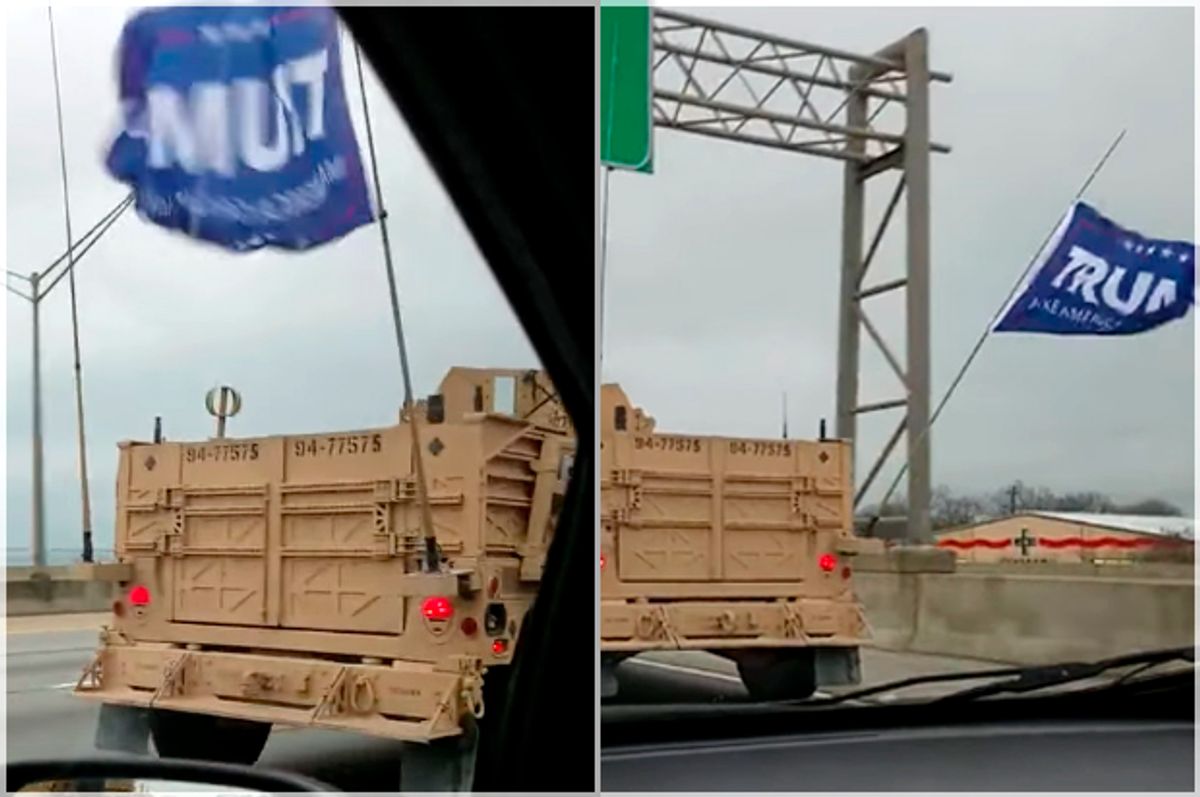 The Navy SEALs have claimed ownership of the military convoy that drove through the Kentucky city of Louisville on Sunday sporting a Donald Trump flag.

The convoy belonged to a Navy SEAL unit that is based in the East Coast, according to a Navy spokesperson who spoke to ABC News on Wednesday. A viral video showed the convoy being led by a vehicle that sported a blue Donald Trump flag from its antenna, but because none of the vehicles had markings that could be traced, viewers were unclear as to whether their drivers were military personnel or private citizens.

"The convoy were service members assigned to an East Coast-based Naval Special Warfare unit driving vehicles while transiting between two training locations," Lieutenant Jacqui Maxwell told ABC News. He added that a command inquiry would be conducted about the flag, since "Defense Department and Navy regulations prescribe flags and pennants that may be displayed as well as the manner of display. The flag shown in the video was unauthorized."

Maxwell also said that, because Navy Special Warfare Units include support staff as well as SEALs, the person responsible for flying the Trump flag may not have been an actual SEAL.

Members of the Armed Forces are supposed to avoid publicly declaring their political preferences while on duty. For instance, in 2012 Spc. Jesse Thorsen was reprimanded for publicly advocating on behalf of Republican presidential candidate Ron Paul while in uniform.

Surveys of the military tend to fight that its members have a libertarian-right leaning in their politics. A September poll found that Donald Trump had a slight edge among the armed services community 37.6 percent, but he was closely trailed by Libertarian nominee Gary Johnson, who had 36.5 percent. Hillary Clinton placed a distant third with 16.3 percent. Among the general public on Election Day itself, American voters gave Hillary Clinton 48.0 percent of the popular vote, compared to 45.9 percent for Donald Trump and 3.3 percent for Gary Johnson.