This story has been retracted. 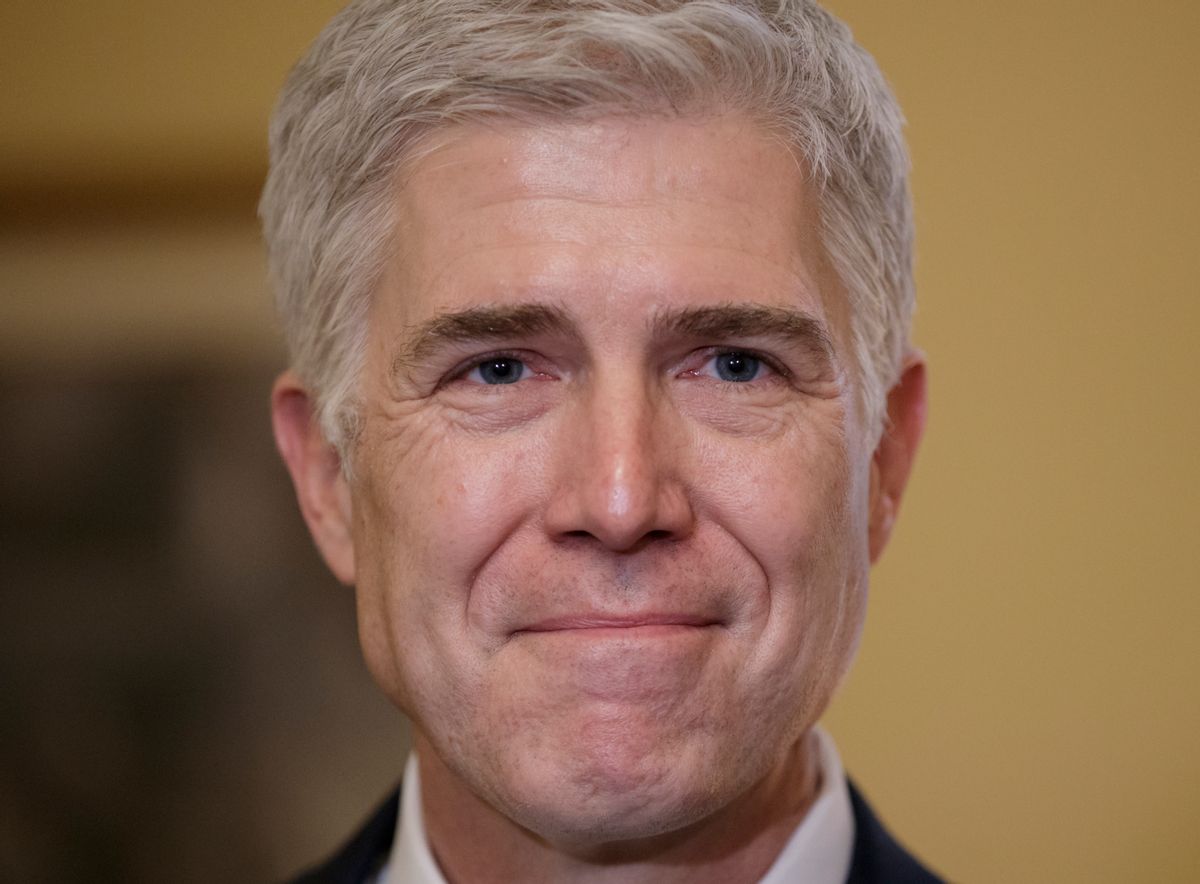 This story has been retracted by AlterNet.

The yearbook of Georgetown Prep described the club as an anti-faculty student group that battled against the “liberal” views of the school administration, according to the UK Daily Mail.

“In political circles, our tireless President Gorsuch’s ‘Fascism Forever Club’ happily jerked its knees against the increasingly ‘left-wing’ tendencies of the faculty,” said the yearbook. Gorsuch led the club all four years he attended the elite all-boys Jesuit school in Bethesda, Maryland.

Gorsuch’s willingness to flaunt anti-democratic ideas in service of his conservative politics continued through his four years at Columbia University in New York City where he founded a chapter of the Federal Society, the conservative law network. His senior photo was accompanied by a “joke” from Henry Kissinger: “The illegal we do immediately. The unconstitutional takes a little longer.”

While Gorsuch’s teenage politics could—and no doubt will—be portrayed as “youthful indiscretion” or irreverence in the face of “political correctness,” they will certainly raise problems for Gorsuch’s nomination. Confirmation hearings of Supreme Court justices often focus on the elusive question of “temperament,” especially among Republic moderates in the Senate who will decide Gorsuch’s fate.

Gorsuch will no doubt dismiss his youthful beliefs as the product of immaturity, not an unreasonable defense. (Democrats would defend a liberal nominee who had joined the Socialist Workers Party in high school or quoted a rapper with a criminal record in their yearbook photo.)

But Gorsuch now has the challenge of explaining away his immaturity while reaffirming his lifelong commitment to conservative politics, a tricky task especially in front of television cameras. His youthful antics open up a fertile field of inquiry for Democratic senators still bristling over the refusal of Senate Republicans to even consider Merrick Garland, President Obama’s nominee for the Supreme Court through the last ten months of Obama’s presidency.

Critics will have the opportunity to highlight the continuity between Gorsuch’s youthful indulgence of "fascism" and his right-wing jurisprudence as an adult. Gorsuch will seek to draw a clear bright line between the two, which will not be easy. The confirmation hearings of the 49-year-old federal judge now loom as a hazardous minefield for the nominee and his supporters.

Democrats will want to know:

What did you know or think of fascism in high school? Did you identify with the fascist leaders like Adolf Hitler, Benito Mussolini, and Augusto Pinochet? When you proclaimed yourself a fascist over those four years, did anyone ever tell you about the victims of fascist regimes? What did you say? What did you think was funny about Henry Kissinger’s quip? His willingness to act illegally? Or his desire to violate constitutional norms? Why did you find that humorous?

“Apparently, the young Mr. Gorsuch felt that celebrating fascism was some sort of politically incorrect joke," commented Mark Potok, senior fellow at the Southern Poverty Law Center. "Fascism is not a joke. There is nothing amusing about it. It has been responsible for the deaths of tens of millions of people, the destruction of much of Europe, and the attempted genocide of the Jews. The idea that a potential Supreme Court justice may still harbor such notions is chilling, indeed.”

The discovery of Gorsuch’s youthful politics also raises questions about the competence of the Trump White House. Did the president's advisers not know of Gorsuch’s immature antics (if that’s what they were)? Or did they know of his fondness for anti-democratic jokes, and decide to nominate him anyway?

Either answer is revealing. Neither helps the prospect of Gorsuch’s confirmation.