Bee tries to determine where the country is after the unclear, possibly unconstitutional ban was put into place 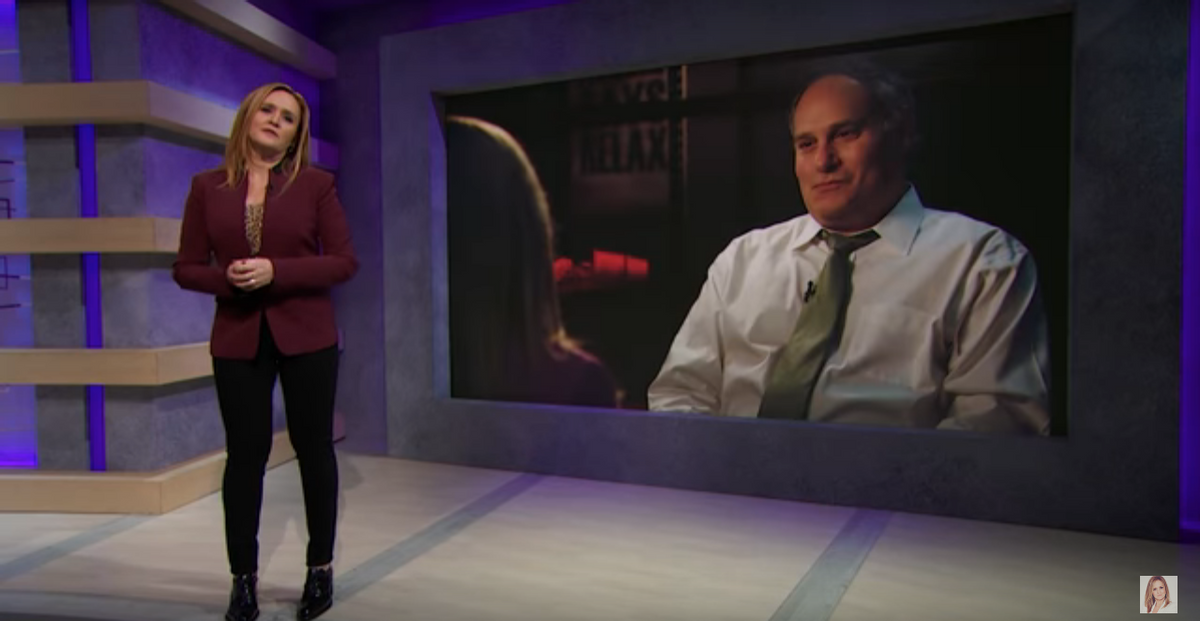 Samantha Bee used to think the U.S. would never treat legal residents the way it did with Nisrin Elamin, a Sudanese-born Ph.D. candidate at Stanford University who was handcuffed by border protection officers while going through customs at JFK. Bee acknowledged that civil rights lawyers have done everything they can to ensure the ban will not be enforced.

"Part of the reason Elamin is able to get back to her American dream of TA-ing too many classes is that thousands of lawyers swooped in to help people like her for free —almost as if they didn't have Saturday night plans," Bee said, as she was introducing Lee Gelernt, "one of the heroic freedom nerds" who works for the ACLU.

Gerlent successfully convinced a federal judge in Brooklyn to halt the deportation of immigrants from the seven countries President Trump identified in his executive order. Before Gerlent's efforts, Bee described the experience for many immigrants caught in the confusion as: "You get on your plane. You pop an Ambien. You have a glass of wine and you arrive and JFK to find out America has disappeared."

Gerlent said that the Trump administration has been "completely unorganized" and that "they are not taking our calls." The civil rights lawyer said that if a government agency intentionally did not listen the federal court order, then that is "as serious as you can get in America."

Bee noted that right now would be a "great time for all those conservatives who are gay for the Constitution to stand the fuck up."

Since that isn't very likely, Bee said it will be up to people like Gerlent to protect vulnerable communities.

She did ask the civil rights lawyer one question that he did not know the answer to: "What are the odds that this is really just a last ditch effort to avoid being president because I really feel like he is sprinting towards impeachment."

Watch Samantha Bee's interview with the civil rights lawyer below: