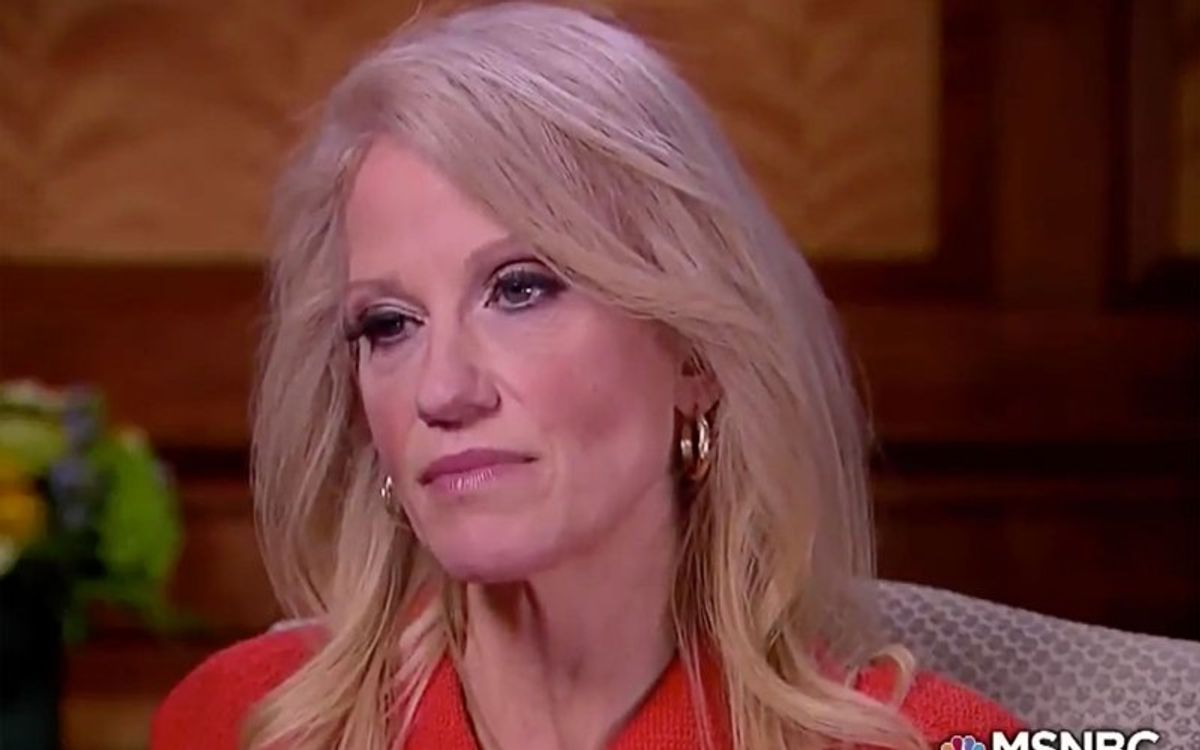 Kellanne Conway appears to be dabbling with "alternative facts" again.

"I bet it's brand new information to people that President Obama had a 6-month ban on the Iraqi refugee program after two Iraqis came here to this country, were radicalized and they were the masterminds behind the Bowling Green massacre. It didn't get covered."

While Matthews did not press Conway on her Bowling Green massacre claim in the interview, so much of her statement is untrue that essentially the only accurate part is that there were no media reports fitting her description.

First of all, Obama didn't stop the Iraqi refugee program.

Conway may have been referring to two Iraqi men living in Bowling Green, Kentucky who were indicted in 2011 for using improvised explosive devices against U.S. soldiers in Iraq and also for attempting to send weapons and money to Al-Qaeda in Iraq for the purpose of killing U.S. soldiers. Both are serving life sentences. Neither the money nor the weapons ever reached foreign shores, the Associated Press reported, because they were intercepted by an FBI investigation into the two men’s activities. As Vox notes:

During the investigation, the FBI found something worrying: fingerprints from Alwan on a roadside bomb in Iraq. This suggested there was a very specific flaw in America’s refugee screening process: Databases of fingerprints from Iraqi militants were not well-integrated into the broader State Department–run refugee admissions process. As a result, the Obama administration initiated a new review of all roughly 57,000 Iraqi refugees who had been recently admitted into the United States.

Neither man was linked to attacks or planned attacks within the United States.

Those incidents received a fair amount of media coverage, but public interest was limited since there was never even a plot to massacre people in Kentucky. The local newspaper – the Bowling Green Daily News – noted that the case received extensive coverage.

But despite the best reporting efforts of his local paper, even one of Kentucky's Republican senators echoed Conway's wholly inaccurate account.In a separate interview with MSNBC, Paul referred to “the attempted bombing in Bowling Green, where I live."

Rand Paul: "...the attempted bombing in Bowling Green, where I live."
(Prosecutor said there was no attempt or even plot to bomb in America) pic.twitter.com/O0BMEgk4XF

Contrary to what both the senator and Conway appear to be pushing by spreading the myth of a terror attack in Bowling Green, attempted or a massacre, analysis by the Cato Institute of terrorist attacks on US soil between 1975 and 2015 found that foreign nationals from the seven countries targeted by Trump’s travel ban – Iran, Iraq, Syria, Yemen, Sudan, Libya and Somalia – have killed no Americans.

"You're saying it's a falsehood. And they're giving — Sean Spicer, our press secretary — gave alternative facts," Conway told NBC's Chuck Todd while discussing Spicer's claim that the Jan. 20 crowd was "the largest audience to ever witness an inauguration."