"Dress like a woman": Even the high fashion that Trump covets has left this outmoded notion behind

Quit trying to distract us from your shortcomings by mandating my appearance. I'm too busy getting the job done 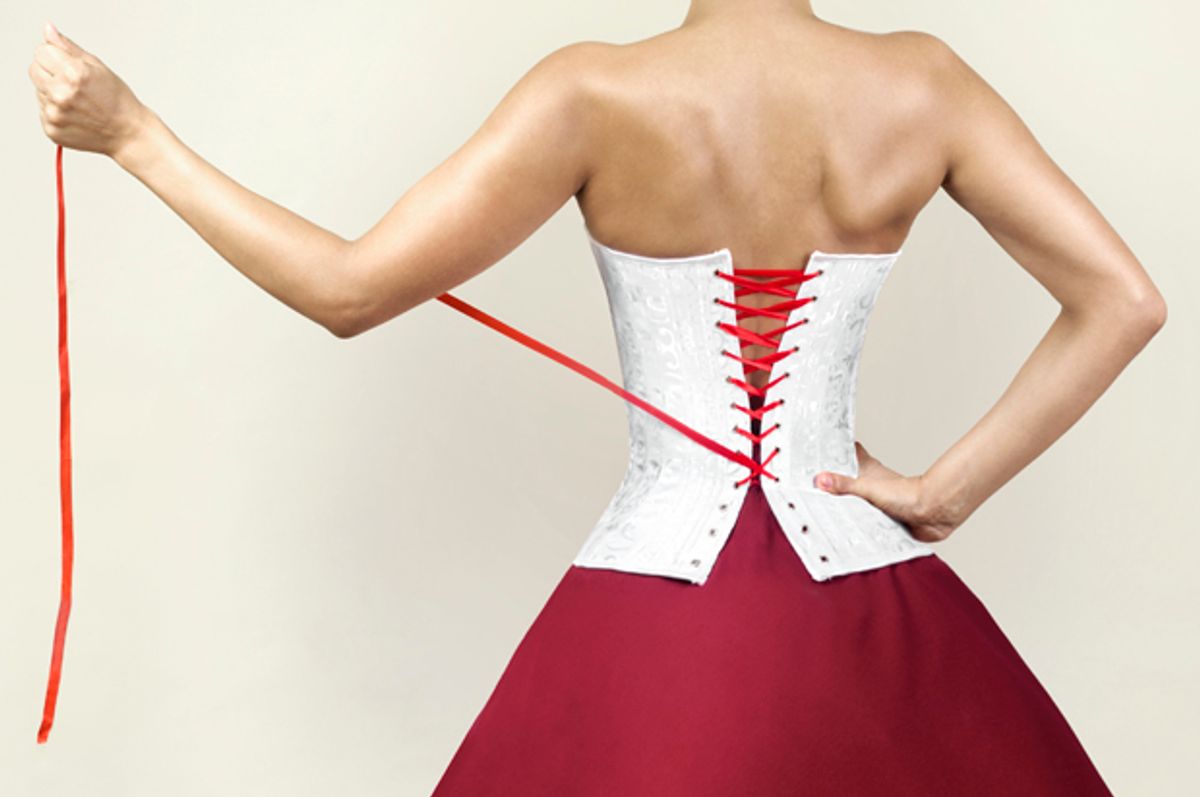 I feel like it would be beneath me to write about the problem with Donald Trump's preference for women to “dress like a woman.” It’s 2017! We have cars that can drive themselves, apps that allow us to court without kissing or other forms of physical contact, and the ability to connect with people from different countries, religions, races with the tap of an iPhone or the click of a computer mouse.

And still! I went to sleep last night knowing I might have to break down everything that’s wrong with someone (all right, not just anyone) who believes employees who happen to be from the fairer sex ought to dress like it — like a woman. As Axios reported on Thursday, "Trump likes the women who work for him to dress like women,' says a source who worked on Trump's campaign." Women who worked in campaign offices "felt pressure to wear dresses to impress Trump."

What does that even mean?

I could champion the many different uniforms women wear. I could write about the sense of pride I’ve always felt when I see my mom in her white coat. I could describe the English teacher I had in high school who changed my life with her interpretation of Kafka’s "Metamorphosis" and cute leather booties everyday. Or I could write about Cat Marnell’s candy-colored hair and sequined dresses that my best friend and I completely idolized once we moved to places like New York and Washington to be journalists.

I could explain how science has found that sexist men have psychological problems. That men who adhere to traditionally masculine roles such as the belief that women are objects or that power is more valuable than women are more likely to suffer from depression, body image issues (such as hand dysmorphia) and negative social functioning.

I could gush about how it’s men’s fashion week in New York right now, and designers like Alejandro Gomez Palomo are challenging masculinity in sartorial form through androgynous genius to showcase the myriad facets of menswear to include looks distinctly feminine. I could discuss how forward-thinking it is the 24-year-old designer doesn’t really see the point in going along with gender binaries because that would be boring and it’s way more fulfilling to shake things up.

I shouldn’t have to qualify how cool it is that his menswear features garters, thigh-high boots and even the same pleated skirts that I used to wear in elementary school. Nor should I have to explain a slight degree of satisfaction because this line mixes fun elements of fashion and Studio 54 with the reality that it’s sometimes really hard to walk in thigh-high boots and a skirt or dress not only because the pieces require aplomb to strut around in, but also because a person who wears pieces such as these automatically gets looked at — whether a man or woman.

I don’t need to explain the reasons it’s difficult to hold your up your head high in high heels, let alone in a woman’s shoes.

And yet we’re right back to the mindset that women ought to wear bust-enhancing sweaters, fitted pencil skirts —and what? pumps? — to work every day at an office. Never mind the internal constriction that tight clothes can cause or the fact that some women would simply prefer not to look like just another male fantasy because they're way too busy because they have jobs to do while at work.

But here we are.

I won’t write about the outrage women feel when someone tells us “smile” or “dress like a woman.”

For every person out there who prefers I “dress like a woman,” here’s a suggestion: Quit trying to distract me from your shortcomings by mandating the shape of my waist or the curve of my cleavage and be a man.