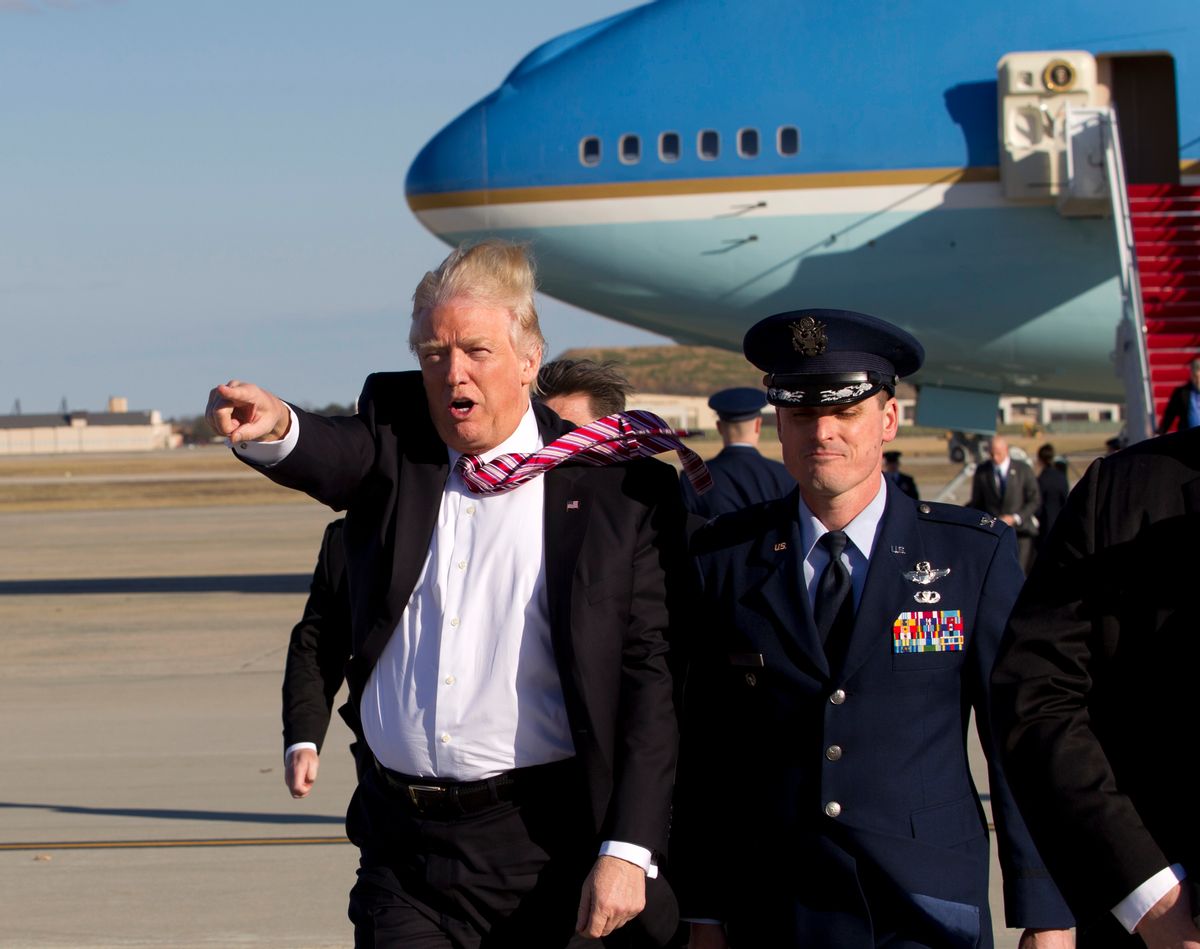 From the center-right apparatchiks who reigned in the Reagan-Bush era to the center-left bureaucrats who rose in the Obama-Clinton years to the apolitical functionaries of the civil service and the U.S. military, the Washington policy class is turning on embattled president Donald Trump and his chief policy adviser Steve Bannon.

The massive women’s marches across the country nearly two weeks ago signaled the emergence of a broad-based popular and liberal opposition to Trump’s minority presidency. Now the Washington power elite is on the march — not in the streets of the capital, but in the suites of power.

I'm not talking about right-wing intellectuals appalled by Trump. I'm referring to the people whom sociologist C. Wrights Mills dubbed “the Power Elite.” Washington journalists usually call them the Establishment. Whatever the label, they have wielded power in Washington for decades. In the 34 years I have covered Washington politics, they have never been so united in their dismay about the man occupying the Oval Office.

The proximate cause of outrage is Trump’s executive order on immigration, which was implemented without the advice or consent of Secretary of Defense James Mattis or Secretary of Homeland Security John Kelly. But the discontent has many sources.

The capital elite was disconcerted by Trump’s exploitation of CIA headquarters on his first day in office for a bizarre rant about accurate media reports on the size of the crowd at his inauguration. Then came Trump’s use of the Pentagon’s Wall of Heroes for another photo op. Then came the appointment of political adviser Bannon to the National Security Council.

The NSC's decisions are hashed out at what is known as the principals meeting, which has always included top military and intelligence officials. Bannon's elevation coincided with the exclusion of General Joseph Dunford, chairman of the Joint Chiefs of Staff and thus the nation's top military commander. David Rothkopf, publisher of Foreign Policy magazine and a critic of President Obama, described the change as dangerous.

The opposition to Trump is spilling across partisan and ideological boundaries as the realization grows that the awesome power of the U.S. government, its mass surveillance and law enforcement agencies and its nuclear arsenal, is now controlled by a band of amateur renegades who are out to dismantle the American state.

On Monday, more than 100 former U.S. policymakers from the CIA to the Pentagon to the State Department called on Trump to rescind the immigration order, saying, “Blanket bans of certain countries or classes of people are inhumane, unnecessary and counterproductive from a security standpoint, and beneath the dignity of our great nation.”

This is not the work of unhappy liberals or even the usual partisan warfare. Some of these people were loyal to presidents Obama and Clinton. Others are conservatives who much preferred President George W. Bush and his father. The signatories include two generals, two admirals, 11 brigadier generals, 10 major-generals, and seven lieutenant-generals, not to mention two former CIA directors and seven ambassadors.

The same day, more than 1,000 State Department officials signed an official dissent against Trump’s order. White House press secretary Sean Spicer said they should resign if they did not agree with the president.

They are just part of what the Washington Post describes as a "growing wave of opposition from the federal workers charged with implementing any new president’s agenda."

Asked whether federal workers are dissenting in ways that go beyond previous party changes in the White House, Tom Malinowski, who was President Obama’s assistant secretary of state for democracy, human rights and labor, spoke sarcastically.

“Is it unusual?. . . There’s nothing unusual about the entire national security bureaucracy of the United States feeling like their commander-in-chief is a threat to U.S. national security. That happens all the time. It’s totally usual. Nothing to worry about,” he told the Post.

What is unprecedented is Trump's radicalism. Whereas previous GOP presidents paid tribute to Ronald Reagan’s resolute opposition to communism, the Trump White House is controlled by Bannon, a man who is frank about his Leninist mode of thinking.

“Lenin wanted to destroy the state, and that’s my goal too,” Bannon told historian Ron Radosh. “I want to bring everything crashing down, and destroy all of today’s establishment."

Bannon is fast consolidating power as the government's de facto chief executive while Trump settles into the more ceremonial role as the reality TV president.

The ability of the governmental workforce to resist Trump's agenda of destroying the government is an open question. While the left worries about the hegemony of the “deep state” and conservatives lament the persistence of “big government,” Trump and Bannon have captured both, with the explicit goal of dismantling American democratic structures and traditions.

The Trump/Bannon White House rejects the authority of the federal courts. They are hostile to our ideals of a free press and the First Amendment. And they are imbued with a racial chauvinism and anti-Semitism that are increasingly prideful. As pundit Yonatan Zunger notes on Medium, “Their omission of Jews from the statement for Holocaust Remembrance Day was deliberate and is not regretted."

They have gotten the jump on the traditional capital elites they scorn and they show no inclination to compromise. They enjoy the support of a substantial minority of voters, the subservience of Republican congressional leaders, the deference of the powerful Israel lobby, and uncritical coverage from two popular right-wing media outlets, Fox News and Breitbart News.

The dismay in Washington carries a hint of alarm. The traditional mandarins are not just offended by Trump’s cavalier treatment of the CIA and Pentagon in his first week in office or the callous, pointless and chaotically implemented immigration order. They are disturbed by his systematic contempt for the standard procedures of governance followed by every Democratic and Republican administration since the passage of the National Security Act of 1947.

These procedures include the vetting of executive orders, nominal respect for judicial authority, consultation with relevant Cabinet secretaries, and notification of congressional leaders. Trump’s team respects none of these norms. (The immigration order, notes the conservative Red State news site, was drafted by GOP congressional aides who chose not to tell their own elected Republican boss what they were doing.)

The impotence of the country’s traditional national security leadership in the face of what amounts to a hostile takeover of the U.S. government was noted in the sad last line of a story in Tuesday’s Washington Post. Gen. Joseph F. Dunford Jr., chairman of the Joint Chiefs of Staff, the Post reported, "took the unusual step of issuing a statement to emphasize that he will ‘fully participate’ in giving the president military advice.”

It was more than unusual. It was a tacit admission that the nation’s military leaders are no longer sure they are respected by the Commander in Chief. It was a hint of things to come.