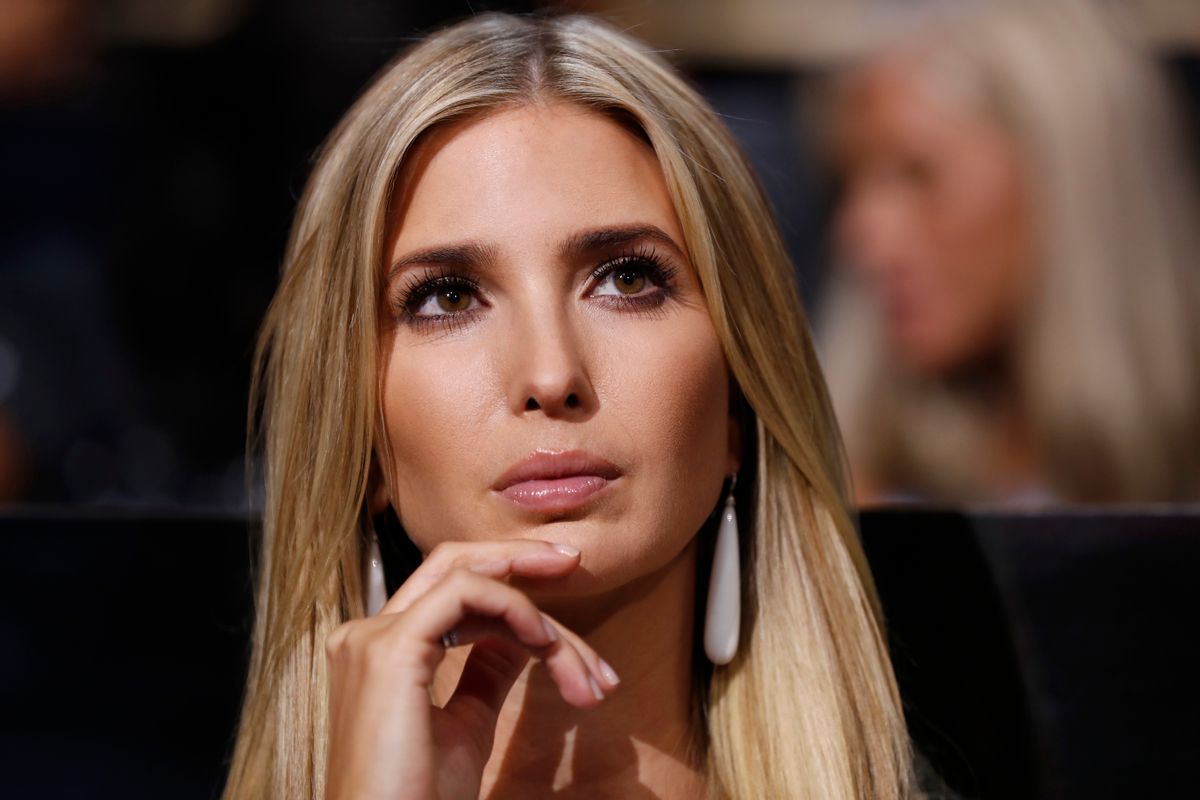 Ivanka Trump used to sell her distinct brand of footwear, fashion jewelry and baby bedding at Nordstrom — until the retail chain announced on Thursday that they're giving her products the proverbial boot.

"In this case, based on the brand’s performance, we’ve decided not to buy it for this season," the company said in a statement published by Bloomberg. The company also explained that it stops selling roughly 10 percent of their brands every year when they underperform.

While they didn't say this in their statement, the company may have been influenced by campaigns like Grab Your Wallet, which has been pressuring consumers to stop spending money at businesses that sell Trump goods — be they Donald or Ivanka. Shannon Coulter, co-founder of Grab Your Wallet, told Bloomberg that she was "absolutely thrilled, and I know the vast majority of Grab Your Wallet participants will be as well."

Pete Nordstrom, a co-president of the retail chain, was reportedly sent an email to his employees in November addressing not only the complaints of activist groups like Grab Your Wallet, but also the concern that Trump supporters would hold it against the chain if they stopped selling Trump products.

"We've heard from customers, including some who are long time loyal customers, threatening a boycott of Nordstrom if we continue to carry the line," the email read. "Similarly, we've heard from customers who say they will boycott Nordstrom if we stop carrying the brand. This is a sharply divisive subject. No matter what we do, we are going to end up disappointing some of our customers." At the time, Nordstrom felt that because Ivanka Trump's brand had "grown to be a sizable and successful business," he did not think they would discontinue selling it.

Nordstrom added, "We strive to be agnostic about politics and to treat all our customers with respect."

While Ivanka Trump is primarily coming under fire for her association with the president, she has also drawn some of the controversy on herself. Many observers accused her of abusing a conflict of interest when her company promoted a bangle that she wore during a "60 Minutes" interview with her father on her website.