Searching for the bright light: 5 surprising facts about near-death experiences 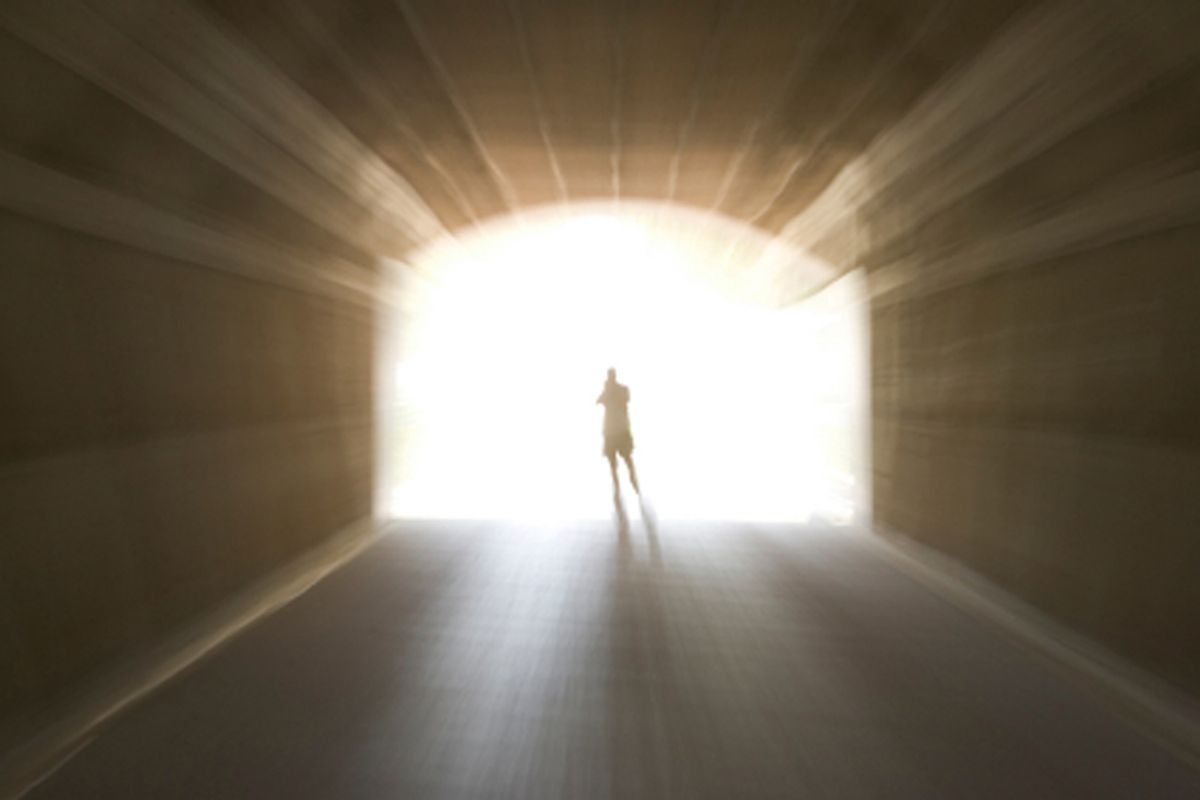 Descriptions of near-death experiences have become somewhat familiar. “I’m unconscious. Floating above myself. I see people gathered around my unmoving body. I am traveling through a tunnel. People I have loved and lost are waiting at the end of the tunnel for me. There is a bright light that brings me peace and a feeling of love. I am pulled back through the tunnel. I don’t want to go. I wake up to find I am alive. I have a feeling of peace and spirituality that I did not have before I died.”

The popular 1990 movie "Flatliners," starring Julia Roberts, Kevin Bacon and Kiefer Sutherland, explored the topic (somewhat outrageously, apropos of Hollywood) and helped bring it into the popular consciousness. Ancient texts like the Tibetan Book of the Dead, the Bible and the Koran describe events that sound very much like the near-death experiences we hear about today. The ancient Greeks chimed in as well. In Plato’s "Republic," the philosopher writes of a soldier, Er, who dies and is taken on a journey to the afterlife, and then comes back to life on his funeral pyre. In his description, he talks of the departure of his soul from his body, seeing a pure light and returning with a memory of the light spirit.

The oldest medical description of an NDE was discovered in a French medical text from 1740. In "Anecdotes de Medecine," Pierre-Jean Monchaux attributes the sensations of the near-death experience to excess blood flowing to the brain. Though wrong (medical explanations today point toward lack of blood to the brain, not an excess), the medical description was groundbreaking for science in that most people of the time described the experience in religious terms. "Many of the phenomena associated with near-death experiences can be biologically explained," Dean Mobbs, a neuroscientist at the University of Cambridge's Medical Research Council Cognition and Brain Sciences Unit, told Livescience.com recently.

The almost 3 percent of the U.S. population who claim to have had an NDE tends to describe it in spiritual rather than scientific terms. But the feeling that the subject is out of his own body, for instance, can be triggered artificially by stimulation of a portion of the brain called the right temporoparietal junction, suggesting that near-death, and the confusing sensory signals the brain receives while in the throes of it, may also stimulate the out-of-body feeling.

The feelings of euphoria described in NDEs are similar to the feelings that opioids like ketamine cause. The pleasurable sensations triggered in the brain by opioid drugs are also triggered naturally in animals when they are under attack. The trauma of an NDE may also signal the brain to release that opioid euphoria. The sensation of traveling through a tunnel may be related to oxygen and blood depletion to the eyes, as can happen when one is near death. A study in 2010 in medical journal Clinical Care looked at 52 people who had suffered heart attacks and survived. Of these, 11 reported NDEs, and the researchers found that those patients had higher levels of carbon dioxide in their blood. Higher CO2 levels in blood are known to cause hallucinations, much like mountain climbers report after suffering from altitude sickness.

A recent survey of over 3,000 NDE incidents culled from information reported to the Near Death Experience Research Foundation gave an interesting snapshot of the almost 600 NDEs that occur every day in the United States.

2. Who experiences an NDE?

3. Did the NDE change your spiritual leanings?

Despite the common conception that an NDE triggers a spiritual awakening, only 20 percent of the survey subjects reported a religious awakening due to their experience. Two percent said it did not change anything, and the vast majority, 78 percent, were uncertain that they felt any different.

4. Did the NDE change how you live your life?

5. The light at the end of the tunnel

Eighty-four percent of the people in the survey reported seeing a light at the end of the tunnel. Of these, 74 percent reported that the light was not just bright, but otherworldly or mystical. Sixteen percent did not see any light. Women saw the otherworldly light more than men, 43 percent to 31 percent.