This week in Donald Trump's conflicts of interest: Banning Muslims doesn't have to mean banning profits 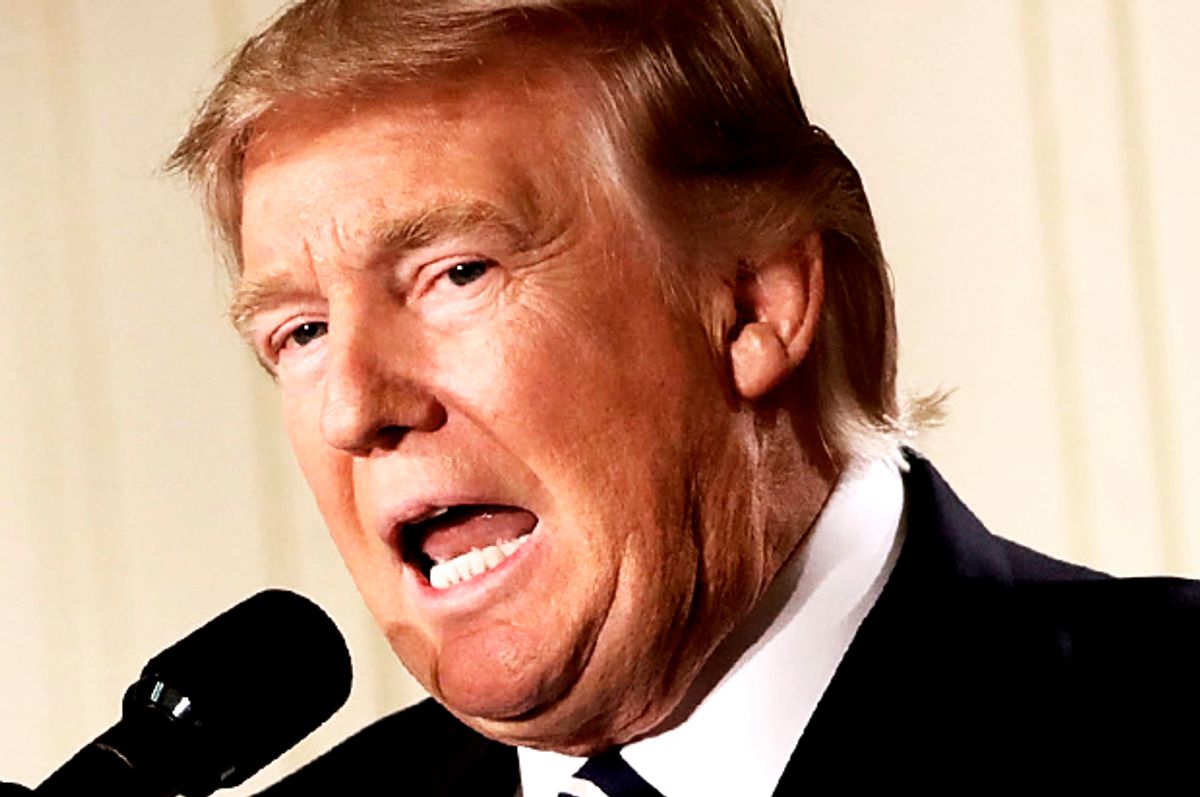 Now that he's president, Donald Trump's conflicts of interest can be seen in his policymaking as well as his businesses, from which he has allegedly divested.

Trump's Muslim ban excluded countries with which he has business ties.

President Trump signed an executive order last week that temporarily banned immigration from the predominantly Muslim countries of Iran, Iraq, Libya, Somalia, Sudan, Syria and Yemen. While no Americans have been killed in this country by residents of those nations between 1975 and 2015, there are three countries whose citizens have been responsible for nearly 3,000 American deaths within that same time period — Egypt, Saudi Arabia, and the United Arab Emirates. And it just so happens that Trump's real estate and licensing empire stretches into those nations, which I'm sure has nothing to do with why he left them off the list.

Trump's two sons — the face of his business — were present when he announced the nomination of Neil Gorsuch to the Supreme Court.

Even though Trump took the unprecedented step of not divesting himself from his business empire, he has argued that everything was fine — because he was entrusting it to his two sons, who he said would not play any role in his administration. Both sons were present when the president announced on Tuesday that he was appointing Neil Gorsuch to the Supreme Court.

Not only did the Trump sons tweet about their father's pick, but they were even caught chatting it up with Sen. Orrin Hatch, R-Utah.

Trump is using his presidency to hawk his hotels.

Corruption is using public office for private gain. Look at the view used in this marketing email. It's corruption. pic.twitter.com/U2JcZVQnMT

As you can see, that is an advertisement for a Trump Hotel that has a view of a building that looks an awful lot like the White House in the background. Just worth pointing out.

There is nothing wrong with Trump wanting to take a weekend off at his Mar-a-Lago resort in Florida, and it's always been a pretty popular spot to host galas and pricey events. The American Red Cross is holding a fundraising bash at the resort on Saturday night — which, of course, Trump is expected to attend. But now, Mar-a-Lago may also be host to groups looking to curry favor with the president. After all, there have been past reports of governments and businesses choosing to patronize Trump establishments as a way of getting on his good side. It certainly doesn't hurt that this means the president will make a tidy profit in the process.

As for Mar-a-Largo, fees to join the club doubled after Trump won the election in November.