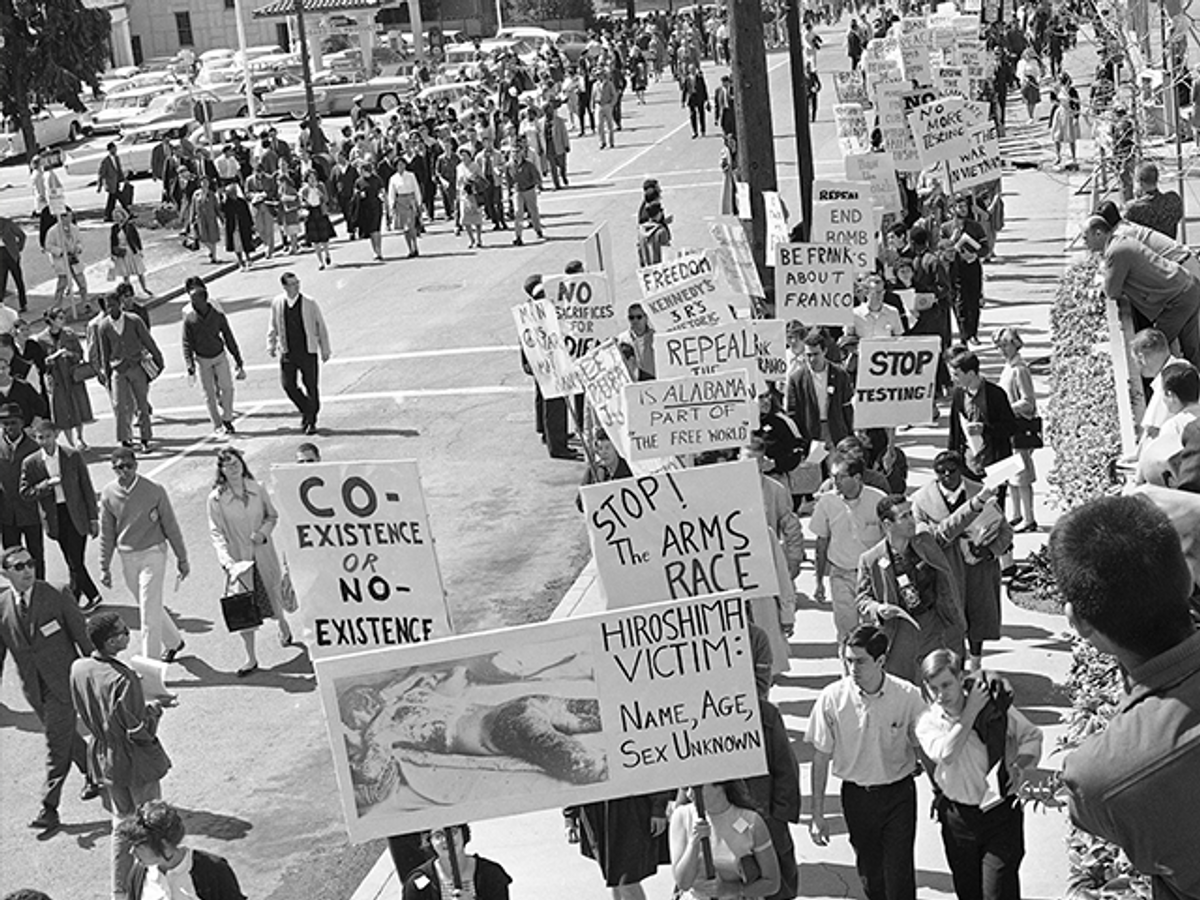 To anyone who has actually lived in Berkeley, California -- the university town on the east side of San Francisco Bay where I was born and raised -- this week's campus scuffle over a planned appearance by right-wing provocateur Milo Yiannopoulos was no big deal. Sure, even by Berkeley standards the "black bloc" masked protesters who trashed Sproul Plaza on the University of California campus caused some noteworthy damage, and a couple of Donald Trump supporters who had showed up to hear Yiannopoulos speak suffered minor injuries. I don't condone any of that. But as any old-time Berkeley resident would tell you, that was nothing.

Berkeley's reputation as a hotbed for activism and political resistance can be traced back at least as far as the 1940s, when socialists, communists and other radical movements began to recruit among the Golden State's student population. But Berkeley really became Berkeley, an international synonym for youthful rebellion, with the Free Speech Movement of 1964, a spontaneous student uprising against the university's antiquated speech codes forbidding any political activity beyond fundraising for the two major parties. That led into several years of nearly constant protest on the Berkeley campus -- against the university administration, against local authorities (who tended to be conservative Republicans at the time, believe it or not) and most of all against the draft and the Vietnam War.

That period culminated in the People's Park protests of 1969, when thousands of students and other local radicals tried to claim a piece of university-owned land and a panicked and outnumbered group of cops -- many of them from smaller nearby suburbs -- fought back with shotguns. Hundreds of protesters suffered gunshot injuries and one man, a student named James Rector, was shot through the heart and killed.

If Berkeley made its reputation in that period as a zone of permanent revolution, California's governor, a retired Hollywood actor named Ronald Reagan, made his reputation as well. On the night after the People's Park shootings, Reagan suspended civil authority in the city and sent in the National Guard, effectively instituting martial law for the next two weeks. (I can remember this, if only in bits and pieces.) For conservatives across the country, who felt the student antiwar movement had gone too far and fundamental American values were under attack, Reagan instantly became a national hero. The rest, as they say, is history.

If the city of Berkeley is known today for its astronomical home prices and its "Gourmet Ghetto" of locavore farm-to-table restaurants, the campus protest spirit never entirely died out. Over the years Berkeley became a locus of anti-apartheid organizing, feminist and LGBT activism and any number of rallies against university admission policies or funding cuts.

Whatever else he may be, Milo Yiannopoulos is no fool. He surely knows at least some of this history, and only accepted an invitation to speak at Berkeley in hopes of causing a disruption and making headlines. The fact that the campus confrontation he engineered got splashed all over cable news, leading President Trump to suggest that UC Berkeley's funding should be cut, carries weird echoes of the deep past.

Reagan was elected California governor in the first place in a moment of right-wing backlash after the Free Speech Movement, on a pledge to "clean up the mess at Berkeley." As soon as he took office, Reagan ordered university president Clark Kerr fired, and suggested that the campus library's rare books collection should be sold off to keep the school afloat. Berkeley has changed a lot, and so has America. But the fundamental dynamics don't change as much as we imagine.