As Democrats turn their attention to 2018, getting "marginal voters" to turn out will be crucial

Winning the House is not out of reach, but only if Democrats can mobilize voters who usually ignore the midterms 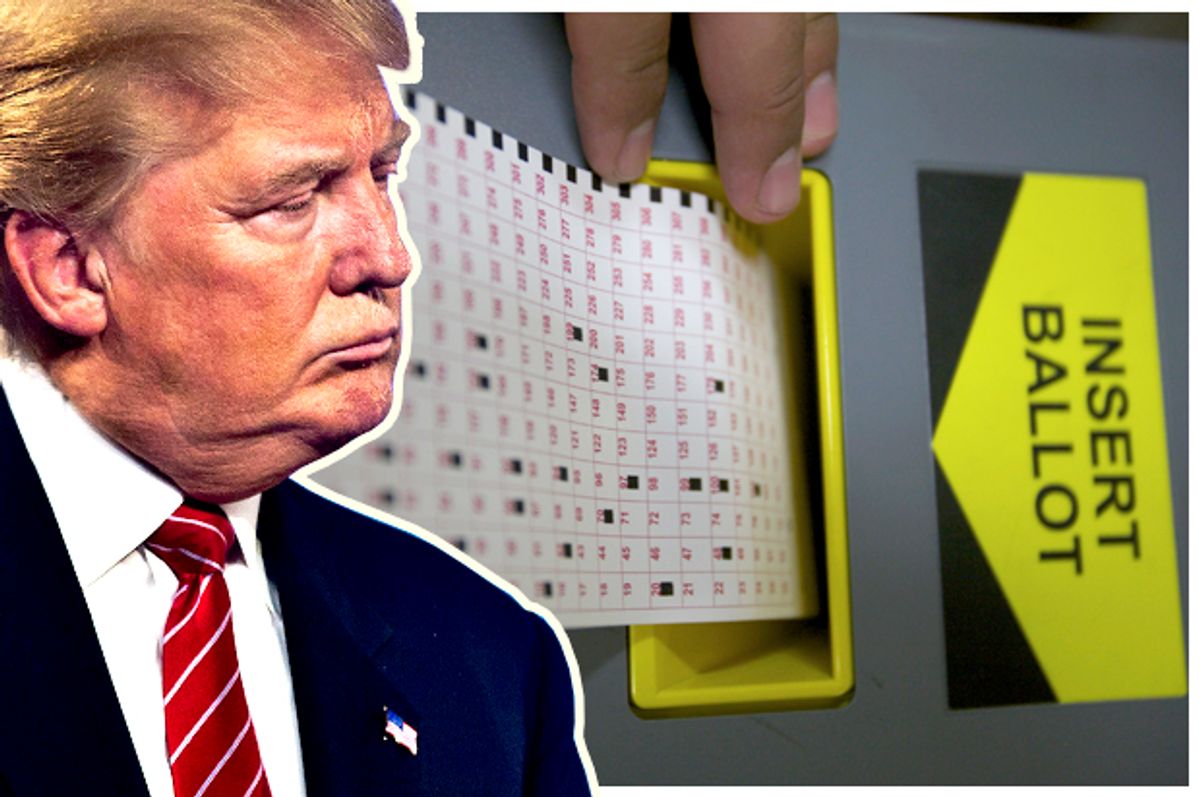 As they reel from the election of Donald Trump, Democrats are turning to the 2018 midterms as their next best hope. The party in control of the White House tends to lose seats down-ballot, and when the incumbent is unpopular the losses tend to be far greater. Already, Trump has sparked massive and popular protests, and has achieved a majority disapproval rate in a record eight days (it took Obama 936 days and George W. Bush 1,205).

The Democratic Congressional Campaign Committee recently released its list of 2018 targets. Democrats are also targeting gubernatorial and state legislative races, which will determine redistricting after the 2020 census. However, Democrats also face uphill battles. In 2018, the Democratic senators swept into office in Obama’s re-election will face battles on ground that has shifted toward Republicans over the intervening years. Democrats are defending 10 Senate seats in states Trump won, although it’s worth noting that an incumbent advantage and an unpopular president will likely help these candidates.

How can Democrats maximize their chances? First, they need to get the basics right. They should target widely because it’s impossible to know where the floor is for Trump. They don’t want to be in a situation where new terrain opens up and they’re unprepared. They need to start winning back state-level and county-level positions that feed into higher office. They’ll need money and an aggressive recruitment strategy to get good candidates to run. But, ultimately, the 2018 election, like all others, will be determined by who shows up. The Democratic Party must make a concerted effort to target the voters who have voted in presidential elections but stay home during the midterms.

For this analysis, I look at a specific pool of voters: people who voted in the 2012 presidential election, but failed to turn out to vote in 2014. These voters are younger, more diverse, lower income and more Democratic than the voting population. If Democrats can mobilize these voters in a midterm, they can dramatically increase their chances. Progressives should see these voters as a key way to push Democratic members of Congress to the left.

I analyzed only Cooperative Congressional Election Study (CCES) respondents who were matched to Catalist, a progressive voter file database, and reported voting in 2012. Among those respondents, 25 percent did not vote in 2014, and 75 percent did. For this analysis, I’ll compare those who voted in 2014 to those who did not. (For 2012 I am relying on the respondent’s recollection, whereas for 2014 I am relying on actual voter file data. CCES does not extract vote history data from Catalist.) To distinguish the group of 2012 voters and 2014 nonvoters from consistent nonvoters, I’ll refer to them as "marginal voters" (see here for a discussion of marginal voters). Among voters, 43 percent identified as Democrats, 10 percent as independents and 47 percent as Republicans. On the other hand, 51 percent of marginal voters were Democrats, 15 percent were independents and 34 percent were Republicans. How would this affect races? The CCES survey asks all respondents an automated question that generates the gubernatorial, Senate and House candidates for their district or state. I examined these questions, excluding those who answered "other," "not sure" or "no one," but including independent candidates (the state-level questions are only asked of respondents who have a race in their state). A Failure of Mobilization

CCES does not include a question about which party contacted an individual. However, using the Catalist match, I can examine only individuals who were registered Democrats (in states that require party registration). Among those who are matched into Catalist and registered as a Democrat, 34 percent reported that they received no campaign contact. Among those who did not vote in 2014, only 43 percent reported a contact. The share of Republican voters reporting contacts was slightly higher than Democrats, suggesting that the vaunted Democratic ground game is no more effective, and perhaps slightly less so, than the Republican ground game. In the end, 76 percent of registered Democrats voted in the 2014 election, compared to 84 percent of registered Republicans. If Democrats want to seize on Trump’s unpopularity, they need to find a way to get these presidential voters to turn out in the off-cycle election. Donald Trump will probably help.