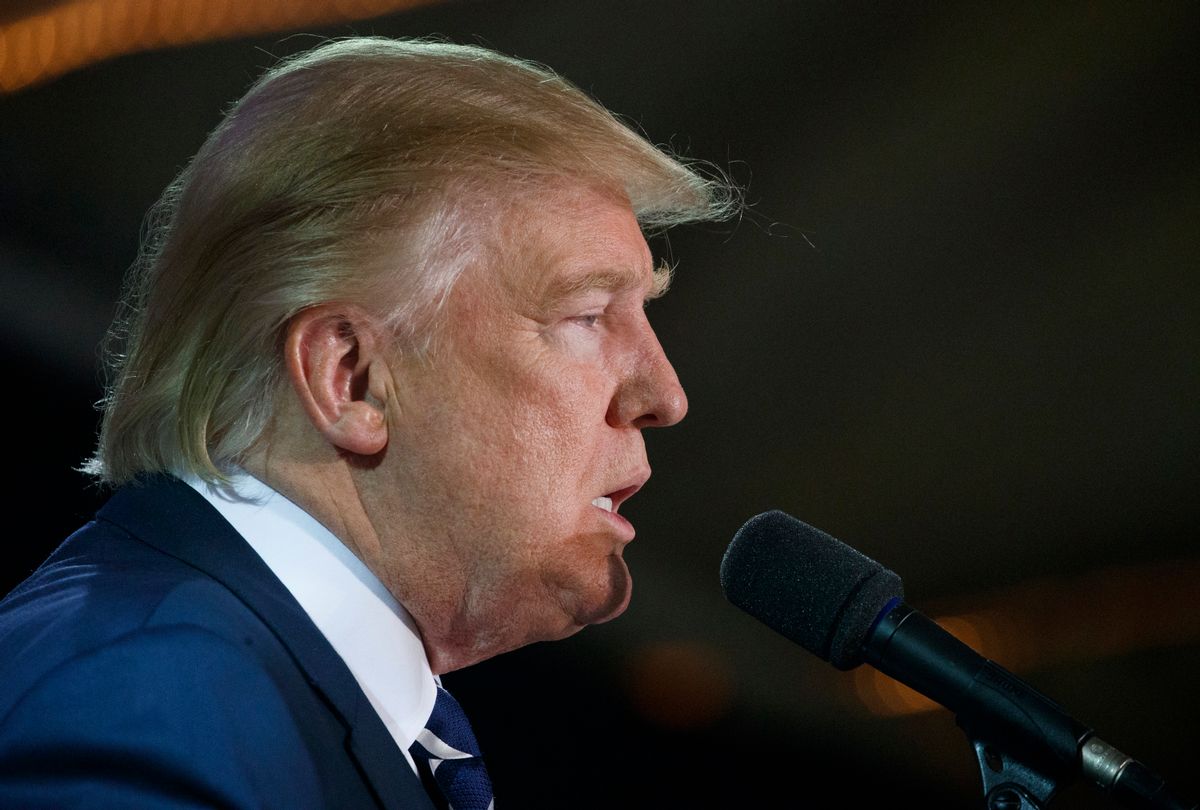 FILE - In this Oct. 28, 2016 file photo, Republican presidential candidate Donald Trump speaks during a campaign rally in Manchester, N.H. A little more than a week from Election Day, Hillary Clinton has several ways to reach the 270 electoral votes needed to win the White House, while Donald Trump's path is perilous, at best. In fact, the billionaire Republican needs a dramatic rebound in states where the Democratic nominee appears to have the upper hand. (AP Photo/ Evan Vucci, File) (AP)
--

November’s presidential contest was bizarre in many ways, but there is one peculiarity that pundits haven’t pounced on: The states with the worst rates of traffic deaths in the country went solidly for Donald Trump, while Hillary Clinton swept states with the lowest fatality rates.

That odd association between traffic deaths and how states voted echoes what happened just over four years ago, when this red-blue divide first came to light. As FairWarning reported in 2012, low fatality states voted blue to re-elect President Barack Obama, while states with higher death rates went red for GOP challenger Mitt Romney.

This November’s presidential voting reshuffled the deck somewhat. Six states that were Obama blue in 2012 turned red in 2016, delivering a victory to the Trump. Yet the correlation between traffic death rates and presidential voting actually appears slightly stronger.

“Not only is there a connection, it’s really quite amazing,” said Joni Graves, a Wisconsin traffic consultant and researcher.

"Surprising on its face"

At first blush, experts struggle to come up with convincing explanations for the phenomenon. “It is surprising on its face,” said Jessica Cicchino, vice president of research for the Insurance Institute for Highway Safety, a Washington nonprofit organization.

Yet, after evaluating the pattern, Cicchino, Graves and other analysts have concluded that it chiefly reflects the more rural character of the crimson states versus the more urban makeup of the blue ones.

One likely reason for the difference is that rural motorists are apt to be going fast when they crash, while urban drivers are more likely to travel slowly on roads choked with traffic. And some urban residents ride mass transit rather than travel by car.

The higher driving speeds also may stem from varying state laws. According to the Insurance Institute for Highway Safety, 18 states have speed limits of 75 mph or higher on certain roads. Among those high speed limit states, the reds outnumber the blues 13-to-5.

In rural areas, roads also are more likely to be undivided, two-lane thoroughfares, so it’s easier for a driver to cross over into oncoming traffic. And after a crash occurs, emergency medical service in rural communities may be farther away and less sophisticated than in the big cities.

Another likely factor behind high fatality rates in red rural states is that their residents tend to be poorer. As a result, “their cars are probably in worse repair. There can be a missing light in the back, or the clutch goes out,” said sociologist Arlie Russell Hochschild, author of the 2016 book “Strangers In Their Own Land,” which explores views of conservatives in Louisiana.

Hochschild also said “a kind of cowboy mentality, a kind of deregulatory, anything goes culture” that exists in red states might lead to more reckless driving.

One form of risk-taking is failing to wear seat belts. According to a national estimate, 90.1 percent of drivers and front-seat passengers buckled up in 2016. Although there are plenty of exceptions, recent numbers show that states with lower rates of seat belt use have tended to be red.

The new evidence of a red state-blue state divide comes as road fatalities are climbing, bucking a trend of generally declining U.S. traffic deaths since the 1970s, when the totals some years exceeded 50,000. In 2015, traffic fatalities reached 35,092, up 7.2 percent from the year before — the biggest single-year increase since 1966. An estimate from the National Highway Traffic Safety Administration covering the first nine months of 2016 points to yet another rise, about 8 percent.

Louis V. Lombardo, a road safety activist and former NHTSA scientist who in 2012 brought to light the election-traffic deaths correlation, said he doesn’t actually dwell much on the phenomenon — his real interest is in preventing road deaths.

To that end Lombardo has championed measures such as using air ambulances to speed emergency medical care for crash victims. He also faults his former agency for failing to set strong standards for vehicle crashworthiness and for such technologies as automatic braking and automatic crash notification systems on vehicles to promptly alert emergency medical responders.

“Never before in the history of humankind have we had more technology available to reduce deaths and serious injuries than we have today,” Lombardo said.

Yet, he said, even though tens of thousands of Americans die on the roads every year, “neither the Democrats nor the Republicans have adequately addressed this question.”