Even before this weekend's judicial order, humanitarian groups had begun battling the effects of Trump's ban 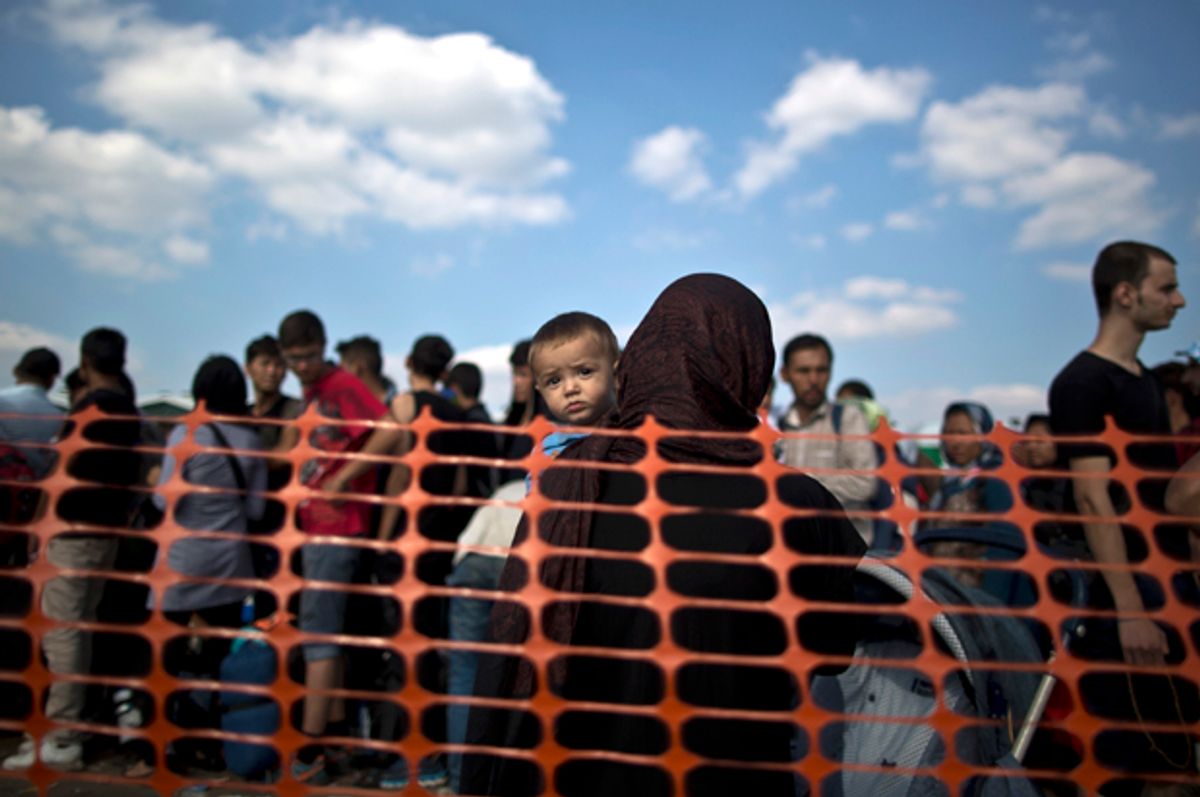 There may be no way to adequately represent the full cost of President Trump’s executive order curtailing immigration from select Muslim countries — it has unleashed both immediate and long-term damage to individuals, families and whole populations. (That order is now on hold, thanks to the order of a federal judge in Seattle -- but no one knows for how long.)

If there is a single phrase that captures the new situation of living in the era of Trump it would be “radical uncertainty.” Now immigrants and refugees, two of the most vulnerable groups in the world, are especially subjected to it. The EO has galvanized mass resistance and led vast numbers of Americans to recommit to some of the very basic notions of what America is; it has created record donations to the American Civil Liberties Union and driven tens of thousands of people to city centers and international airports to protest. A new and very targeted humanitarian movement is emerging from within the United States and elsewhere in response to the callousness and cynicism that defines the new regime.

It was Jewish immigrant Emma Lazarus who penned the poem “The New Colossus” to help raise funds for the pedestal of the Statue of Liberty.  It contains the famous lines recently evoked by President Obama when he spoke of immigration reform:

Give me your tired, your poor,
Your huddled masses yearning to breathe free,
The wretched refuse of your teeming shore.
Send these, the homeless, tempest-tost to me.

The fact that Trump chose Holocaust Remembrance Day to announce the immigration ban, while issuing a proclamation that made no mention of the Jewish victims of the Holocaust, speaks volumes. Trump is thumbing his nose at both the ethos that helped build America and the Constitution itself.

Critically, Trump’s style of governing bodes ill for the future of humanitarian activism — he often seems to shoot from the hip, bypassing the usual modes of conferring with others. His recent shuffling of the National Security Council, promoting adviser Steve Bannon to a seat on the Council while downgrading the roles of the chairman of the Joint Chiefs of Staff and the director of national intelligence, along with the firing of acting Attorney General Sally Yates, are but two instances. He is playing with the normal checks and balances of government, and this again can have great human costs.

Trump’s tendency is to act autocratically, in the case of the executive order on immigration, has led even members of his own party to criticize him for not adequately engaging them in any process of vetting. This kind of presidential behavior will have dramatic effects on, among other things, the efforts of nongovernmental organizations (NGOs) in a wide range of areas Trump has targeted, including human rights and environmental justice.

While it is true that the designation of these countries in particular was first conceived of by the Obama administration, and Islamophobic sentiments have been stoked ever since the beginning of the so-called War on Terror, Trump has raised state actions against Muslims to a new level that defies rationality and, again, goes against what most consider America to be. As the New York Times noted on Jan. 28, “The order lacks any logic. It invokes the attacks of Sept. 11 as a rationale, while exempting the countries of origin of all the hijackers who carried out that plot and also, perhaps not coincidentally, several countries where the Trump family does business.” Margaret Huang, executive director of Amnesty International USA, says: “This [order] puts anti-Muslim bigotry into policy and is eerily reminiscent of the kind of religious discrimination we’ve documented in countries like China and Iran.”

In arguing that the ban distorts American identity, some very particular notions have come forward regarding who, exactly, best represents that identity — in sum, who we want to be sure can enter the country. While Silicon Valley businesses and American universities complain of losing workers and students, the stories of refugees who are neither high-tech workers nor college students are less present. To get a real sense of the broader and more sweeping human cost of this Executive Order we need to look to their stories.

Human Rights Watch mentions the case of a survivor of ISIS terrorism who is now unable to come to the United States; NBC News has run a poignant story about a 7-year-old Syrian boy suffering from cancer who is now barred from receiving the treatment his parents secured for him. There are thousands of other stories we don’t hear about.

A press release from Doctors Without Borders/Medecins Sans Frontières (MSF) calls the order “an inhumane act against people fleeing war zones,” pointing specifically at the situation of Syrian refugees, whose plight has captured the attention of the world. MSF notes, “Nearly five million people have fled Syria into neighboring countries … The president’s executive order will effectively keep people trapped in war zones, directly endangering their lives.”

Jason Cone, executive director of MSF, told Salon that the executive order “undermines the broader system of protection for refugees. How are governments such as Jordan and Lebanon, who host millions of Syrian refugees, expected to continue to cope with the strain of caring for these people and still keep their borders open when the United States is effectively closing its borders?”

Cone added that while MSF is still analyzing the actual executive order, “there are elements of it that may restrict the ability of MSF staff to work in the restricted countries because they may not be able return to the U.S. after working in countries such as Libya or Yemen.” He was also dubious about the new plan to create “safe zones” in Syria to cut down on the number of refugees, saying that "should not prevent people from fleeing the conflict, as this is a recognized right in international refugee conventions and international humanitarian law.”

Indeed, while the government of Saudi Arabia has reportedly promised to “support” such safe zones, it is not at all clear what that would entail, nor what the U.S. obligation would be. Safe zones require no-fly zones, and both depend on enforcement, which can actually increase the scale of military actions. And with Syria’s response that such zones would be in fact “unsafe” and a violation of its state sovereignty, there is every chance that such a policy could increase, not decrease, the flow of refugees leaving Syria.

Marie Tan, a seasoned MSF fieldworker, gives us a sense of what this looks like from ground level: “For many of the vulnerable populations whom we serve in the field in Yemen, Iraq, Sudan, Libya ... the EO won't change much. For them, getting access to health care is already a struggle; they are far from having access to getting refugee visas or tourist visas or student visas.

"However, as some of my local colleagues and beneficiaries have shared in multiple dire contexts -- for them, the idea that the world is in solidarity with them, that is enough to give them some hope ... and what's happening now with the new policies is the complete opposite of that.” Nevertheless, Tan ended with this: “But it is heartening to continue to do the work we do — responding to needs without discrimination, with neutrality and impartiality. There is hope yet.”

It seems like every day (if not more frequently than that) progressives are presented with one or another new challenge — there is no question but that “protest fatigue” is a threat to moving activism forward. One of the most powerful antidotes is a genuine mass movement. During the protests at San Francisco International Airport last weekend, people worked in shifts, cycling in and out of the protest, day and night. It is clear that the new president's unprecedented actions have sparked a great deal of moral outrage — people are not comfortable with their rights, and the rights of others, being threatened or taken away.

Trump may be counting on people losing interest, but his actions are proving to be the biggest catalyst behind the emergence of one of the most impressive, multi-coalitional protest movements in decades. Much of that energy will derive from wanting to provide material and moral support to the work that humanitarian organizations are doing, across all borders and outside national governments.