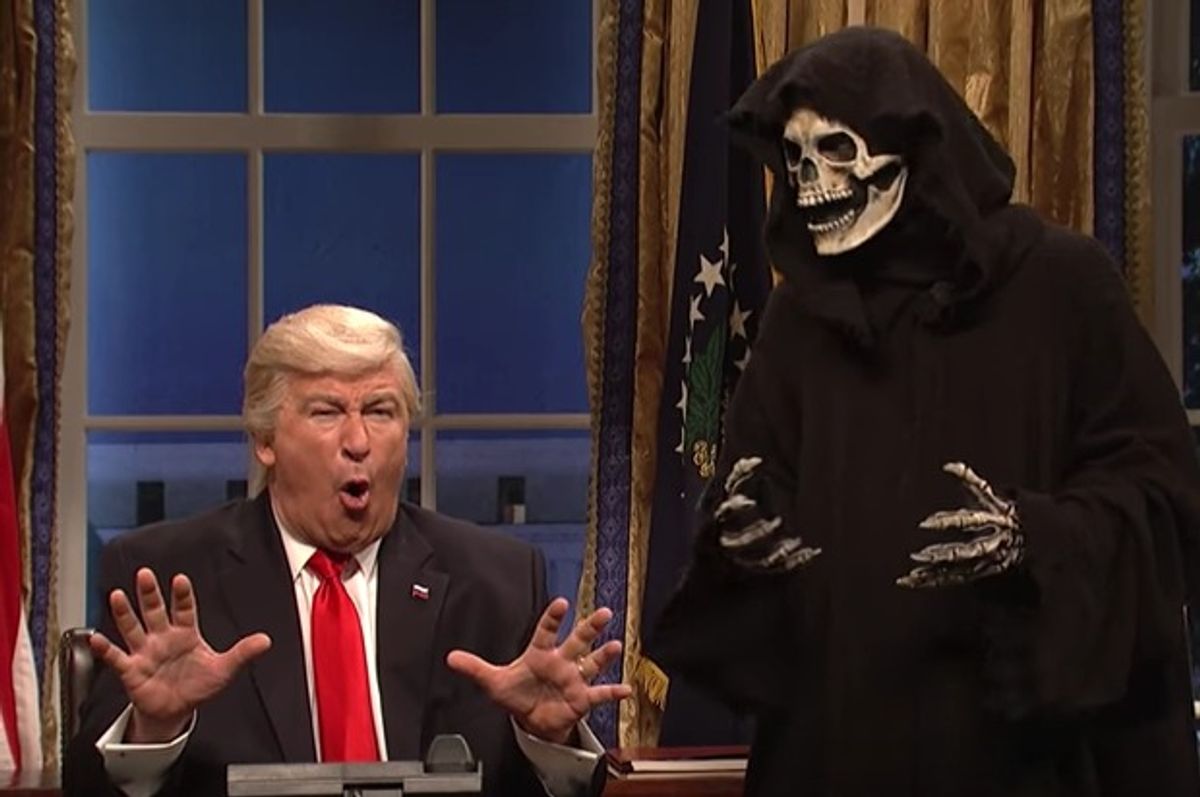 With his daughter Ivanka and son-in-law Jared Kushner observing Shabbat and thus not around to keep him calm, Trump says, "I've had a long day: I'm tired and cranky, and I feel like I could really freak out on someone!" He's thus encouraged by a creepy Reaper Bannon, who stands over him stroking his ego, to make all sorts of poor judgements. Mirroring the news of the week, when the real Trump famously called Australian Prime Minister Malcolm Turnbull and hung up on him (which Turnbull is now refuting), Baldwin as Trump calls Turnbull at the behest of Bannon, and gets annoyed when Turnbull insists Obama promised America would take 1200 refugees. "NO, NO, NO!" says Trump. "No refugees! America First! Australia sucks! Your reef is failing! Prepare to go to war!" Then, he hangs up, and worries petulantly, "Was that bad?" Bannon pats him on the shoulder and replies in an evil tone, "No, that went just according to plan."

As in real life, no one is safe from Trump's often-erratic behavior. Next, Trump prank calls Mexican President Enrique Peña Nieto, and demands he pay for the infamous wall — then declares war, and hangs up. German Prime Minister Angela Merkel answers Trump's next call frantically, hoping it is former president Barack Obama. "I miss you!" she says, with desperation. Through the sketch, Bannon evilly reassures Trump that he is doing well, but Trump strikes out on his last call with Zimbabwe president Robert Mugabe. "You think you're a big time dictator?" he smirks, then goes racial. "You can't even walk down stairs, you little white b*tch! Don't you ever call Zimbabwe again!"