Will California finally have a statewide standard for the sale of legal marijuana by 2018? 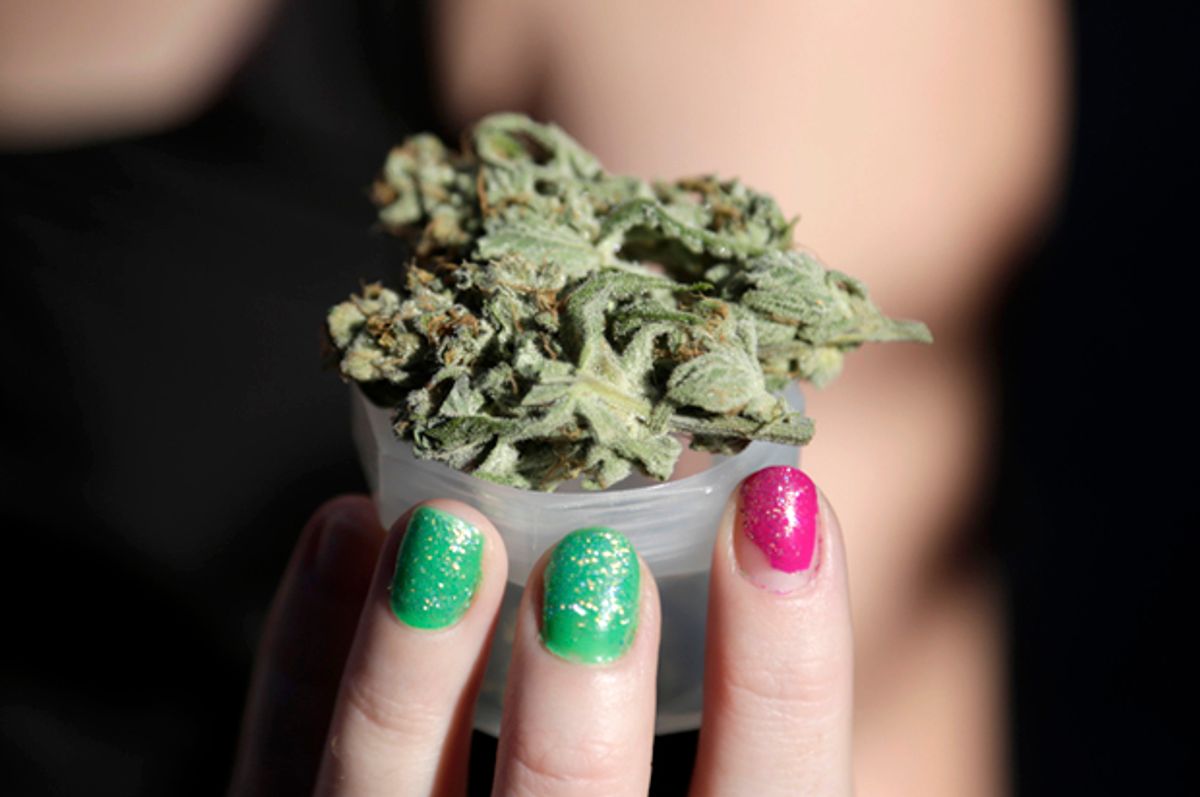 Marijuana for medical use has been legal in California since 1996, but efforts to regulate it like a normal product have been elusive.

For nearly two decades the production, distribution, sale and taxation of cannabis has operated through a patchwork of local rules that can differ from one city or county to the next. What one grower or pot dispensary does in one part of the state could be illegal in another, from the number of plants producers can grow to whether or not cannabis-based edibles require warning labels.

Now that voters have approved the sale of marijuana for recreational use through November’s Proposition 64 referendum, officials involved with working out regulations are scrambling. They must establish statewide rules before the start of next year, when licenses are supposed to become available for the sale of recreational-use marijuana.

Some are doubtful that state policymakers will have everything in order by then.

“They can’t get it together about what they want the laws to be,” Alicia Darrow, chief operations manager of Blum Oakland, a 13-year-old Bay Area medical marijuana dispensary, told Salon. “I’ll be shocked if it goes live in 2018.”

The problem, she said, is that Prop. 64 threw a wrench into regulators’ efforts that began in October 2015 after the passage of Assembly Bill 266, the state’s first successful attempt to pass a law regulating medical marijuana.

Prop. 64 and AB 266 have considerable differences in the way marijuana is regulated that must be worked out. For example, AB 266 requires a small number of third-party companies to control distribution and oversee testing for pesticide contamination, something dispensaries argue is unnecessary and would increase costs. Another unanswered question pertains to how dispensaries that sell medical-use marijuana and the more heavily taxed recreational-use weed will be required to track and manage their inventories and sales. Under Prop. 64,  dispensaries must have two separate inventories and tracking systems.

“It’s a big job, but we’re working hard and have every intention of meeting our goals,” Alex Traverso, a spokesman for the state’s Bureau of Medical Cannabis Regulation, said in an email to Salon. “The work we’ve done on regulations for medical cannabis have given us a great start.”

Meanwhile established growers, many of them mom-and-pop operations, are worried about being muscled out by bigger, well-financed ventures backed by deep-pocketed investment groups that are chasing the potential for big gains in the years to come. California’s medical marijuana business generated nearly $2.7 billion in sales in 2015 and that’s expected to balloon to $6.45 billion annually by 2020, including sales from recreational-use marijuana, according to cannabis industry investment network Arcview.

Hezekiah Allen, executive director at the California Growers Association, said the state’s marijuana growers fear the rules established by AB 266 would put them at a disadvantage against companies that would be allowed to control both the production and sale of marijuana.

“Growers operate on a year-to-year cash flow cycle,” Allen told Salon. “It’s typical for our farmers to be insolvent at harvest, so when you’re a business that includes a farm and a dispensary, you’re able to cut costs at the farm level because of your cash flow. An independently owned farm is unable to compete with a bigger, vertically integrated farm.”

Growers and dispensaries are divided on the vertical integration issue but they seem to agree that the state’s pot industry should remain a diverse industry.

“We have people calling us trying to sell us all different kinds of products from all over California,” Darrow said. “If that’s reduced to just a few vendors then we’re going to have a problem where there isn’t enough variety of product.”

Sam Kamin, professor of marijuana law and policy at the University of Denver’s Sturm College of Law, said that California is uniquely challenged in marijuana legalization in ways Colorado wasn’t when it legalized recreational-use marijuana in 2012. One issue is size -- California, the world’s seventh-largest economy, has a lot of weed growers who come from a long outlaw tradition of growing pot illegally.

“Bringing those people into the system will be the number one challenge,” Kamin told Salon. “If they can’t keep the black market under control then an expansive regulatory system just isn’t going to work.”

Allen added that California’s marijuana growers need to be especially careful under the new presidential administration. Marijuana, after all, is still considered by the federal government to be a Schedule 1 controlled substance, in the same category as heroin. Growers should exclusively conduct business in states where weed has been legalized; any exports to states where marijuana is illegal could rile up the federal government.

“We need to not get tripped up with the federal government,” Allen said. “With this incoming administration, it is very, very important that California’s marijuana businesses stay in the state.”