Plenty of right-wingers want to sell off the wilderness, but they're getting opposition from unexpected corners 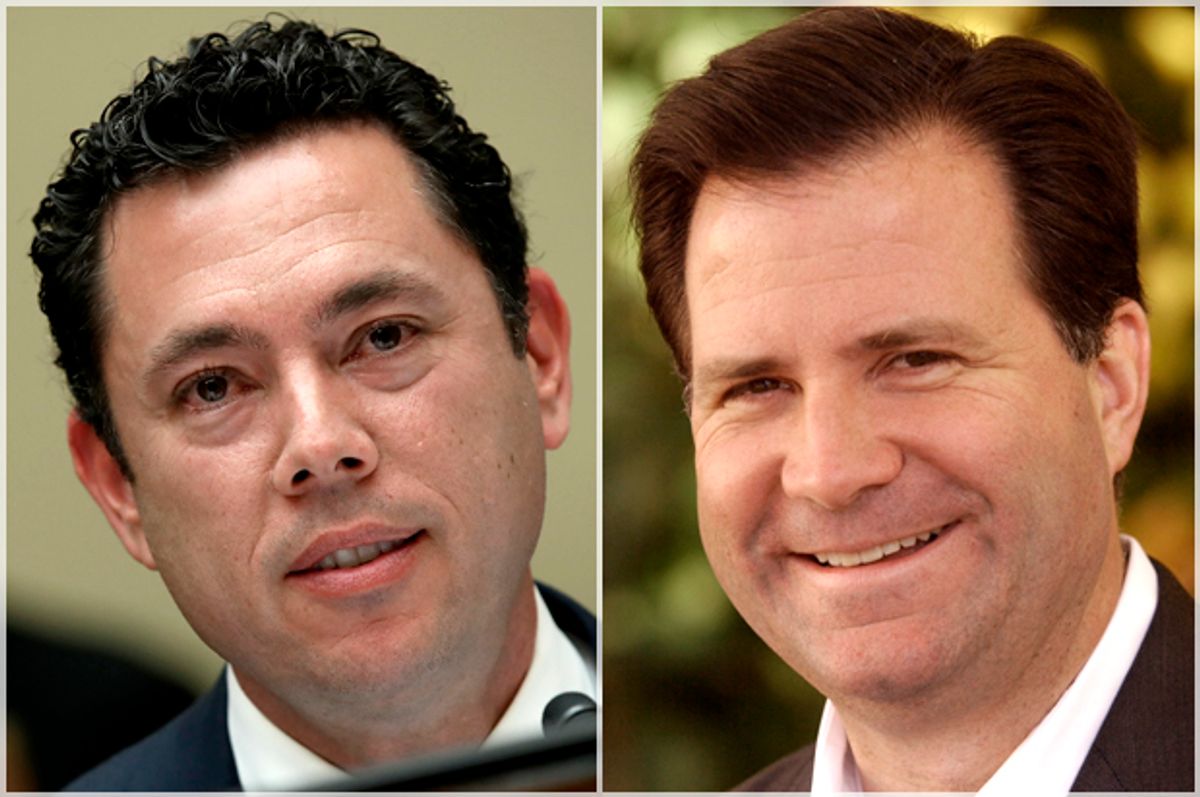 Despite his overt moves towards authoritarianism in his first couple weeks of office, Donald Trump still has the loyalty of most Republicans, who either agree with him or simply see him as a useful tool for cramming in their agenda.

Among those feeling newly empowered by the Trump presidency are a group of anti-environmentalist extremists, including some members of Congress, who cannot wait to use the Trump presidency to cut down forests and sell off millions of acres of federal land at cut-rate prices to drilling interests and developers.

In an interesting twist, the debate over federal land ownership is exposing real rifts in the Republican coalition. It may even create a rift between business interests and conservative voters who love to hunt, fish and enjoy nature.

This tension revealed itself last Wednesday, during Sean Spicer's daily White House press briefing, which featured a bizarre exchange between Spicer and right-wing talk-radio host Lars Larson, a radical anti-environmentalist who believes that all land should be owned by private citizens or corporate interests. Larson had a chance to ask a question through the new Skype service the White House is using, and things did not go well.

After addressing the press secretary as "Commander Spicer," Larson demanded to know whether Trump wants "to start returning the people's land to the people."

Then in an especially strange move, Larson appeared to attack the very existence of forests.

Can the president, Larson asked, "tell the Forest Service to start logging our forests aggressively again to provide jobs for Americans, wealth for the Treasury and not spend $3.5 billion a year fighting forest fires?"

Spicer, who looks bug-eyed and nervous under normal circumstances, responded to this attack on parks and trees with some awkward rhetorical dodging, promising that Trump and his pick for Department of the Interior secretary, Ryan Zinke, would "figure out how to best utilize" natural resources. But Spicer did not commit to selling off public lands to "the people," which in this context is right-wing code for corporate interests, and he completely ignored Larson's question about the imminent danger posed by letting trees live.

But tree-hating right-wing talk-radio hosts aren't the only people who hope that the Trump presidency presents an opportunity to turn large tracts of American wilderness into suburban tract housing or fields of oil and gas wells.

Rep. Jason Chaffetz has a long history of hostility to the concept of public lands, even though his home state of Utah has some of the most beautiful wilderness areas in the country. Last week he introduced a bill, House Resolution 621, that would force the federal government to sell off 3.3 million acres of public land, mostly in Western states.

In a phone interview, Louis Geltman, policy counsel for Outdoor Alliance, explained that Chaffetz had brought forward similar bills in the past, "as sort of a messaging bill to express his feelings about public lands." But with Trump in office, there is suddenly reason to fear that he might rubber-stamp such a sale, just as it's assumed he'll endorse House Speaker Paul Ryan's plan for upper-class tax cuts or Vice President Mike Pence's anti-choice agenda.

"Now that this thing has a real chance of becoming law, people are starting to give it a harder look," Geltman continued. "The reality is that it was something that was not well thought through."

That became immediately evident when a surge of opposition to the proposed sale poured in, both offline and in social-media channels like Instagram and Twitter, often using the hashtag #keepitpublic. In an exciting twist, a lot of the people pushing back weren't just liberal tree huggers but conservatives who enjoy hunting and fishing.

“These issues really transcend left and right typical constructs," explained Alan Rowsome, a senior government relations director for the Wilderness Society, over the phone. "You’re seeing conservatives, liberals, people of all political bents getting more and more fired up over these issues."

“The vast majority of hunting and sportsman recreation on public lands is done on Forest Service and Bureau of Land Management" property, he added.

Within a week's time, Chaffetz had pulled the bill and put up perhaps the thirstiest Instagram post in the history of politicians on social media:

I am withdrawing HR 621. I'm a proud gun owner, hunter and love our public lands. The bill would have disposed of small parcels of lands Pres. Clinton identified as serving no public purpose but groups I support and care about fear it sends the wrong message. The bill was originally introduced several years ago. I look forward to working with you. I hear you and HR 621 dies tomorrow. #keepitpublic #tbt

He didn't have a chance to bribe the guys from "Duck Dynasty" to pose with him, but he did end up using the very same hashtag (#keepitpublic) that people were using to organize against his plans to sell off public lands.

"Orweillian is an overused term, but I can’t come up with a better one at the moment," George Nickas, the director of Wilderness Watch, wrote in an email when asked about Chaffetz's use of this environmentalist hashtag. "It shows, however, that Rep. Chaffetz recognizes the unpopularity of divesting of public lands, hence he’s trying to appear to be a champion of them."

But as all the wilderness activists I spoke to hastened to add, Chaffetz is not viewed as trustworthy on this front. He and many other Republicans are still eyeing our public lands, wiping drool off their faces at the idea of turning them over to private business interests.

For instance, Chaffetz has also introduced House Resolution 622, a bill that would stop federal law enforcement personnel from protecting federal lands and turn such authority over to local police. This would functionally end effective law enforcement of those lands. Local police in sparsely populated counties are unlikely to have the people power and equipment needed to cover vast areas of federal land.

HR 622 "is a really egregious piece of legislation," Rowsome said, "that says, ‘If we’re not going to transfer these lands to states, then we’re just not going to manage them with law enforcement and people can just do what they want on them.'"

If this bill became law, it would be easier for right-wing radicals like the Bundy family and its friends who took over the Malheur National Wildlife Refuge in Oregon last year to pull similar stunts in the future. It would also make the lands less safe for outdoorsmen, hunters and others who want to use the lands for recreation.

So while HR 621 has been retracted, the issue of privatizing public lands has not gone away. As Tania Lown-Hecht, communications director of the Outdoor Alliance, explained over the phone, people should look below the surface of right-wing rhetoric that tries to cast such privatization efforts in populist terms.

"Right now, the lands are owned by all the people and managed on their behalf by the federal government," Lown-Hecht said. "Privatizing them by turning them over to states to sell them to private enterprises, to developers or to private real estate, is certainly not returning land to the people.”