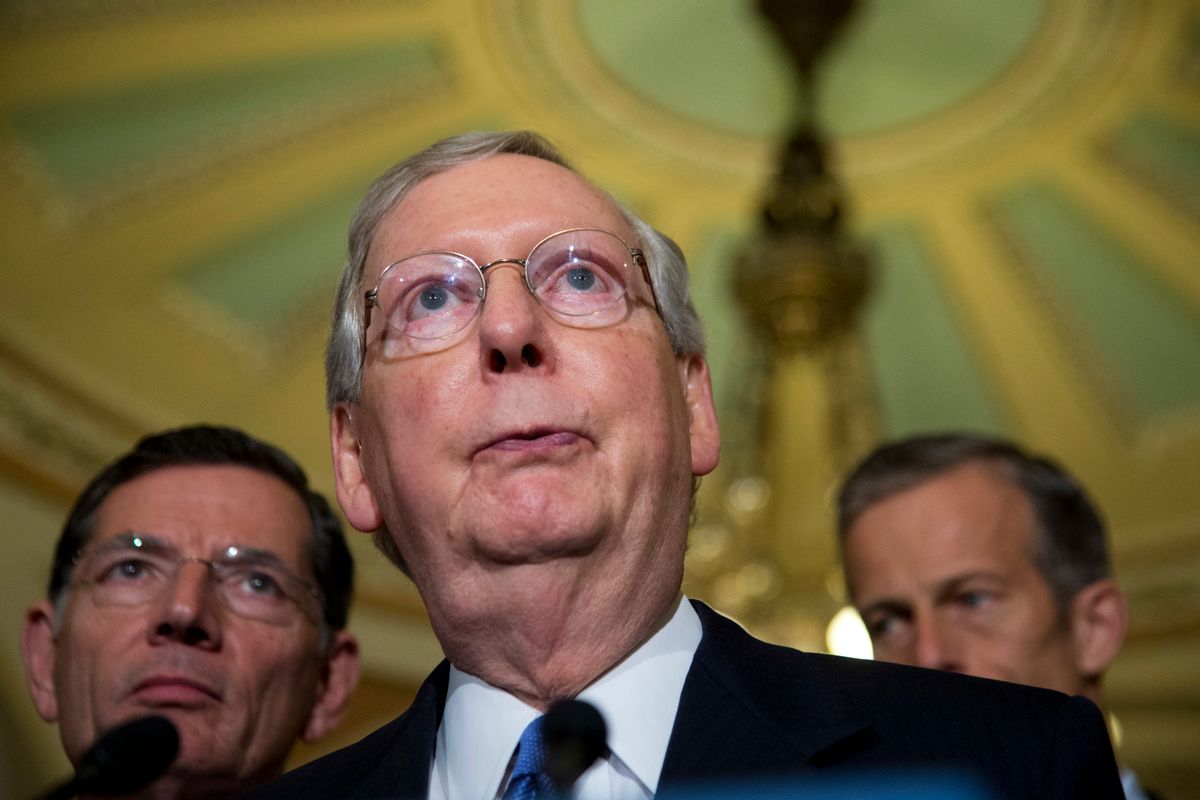 Senate Majority Leader Mitch McConnell, R-Kentucky, has made it clear that he is not going to support President Donald Trump's proposed "major investigation" into voter fraud from the 2016 presidential election.

"Election fraud does occur," McConnell told CNN’s "State of the Union" on Sunday. McConnell insisted that "there’s no evidence that occurred in such a significant number that it would have changed the presidential election" — obliterating the president's repeated claim that he would have won the popular vote, which he lost by nearly 3 million, if it hadn't been for undocumented immigrants voting and other fraudulent practices.

McConnell added, "I don’t think we ought to spend any federal money investigating that. I think the states can take a look at this issue. Many of them have tried to tighten their voter rolls, tried to purge people who are dead."

Trump himself has somewhat backpedaled on his original position. When speaking with FoxNews' Bill O'Reilly shortly before the Super Bowl on Sunday night, Trump asked that O'Reilly "forget that" when the host brought up the fact that "data has to show that 3 million illegals voted" for fraud to have cost Trump the popular vote.

Trump's claim that undocumented immigrants voted in large number is demonstrably false and has been discredited.