President Trump does not have a concrete governing strategy

On foreign policy, Trump is still speaking in his campaign language 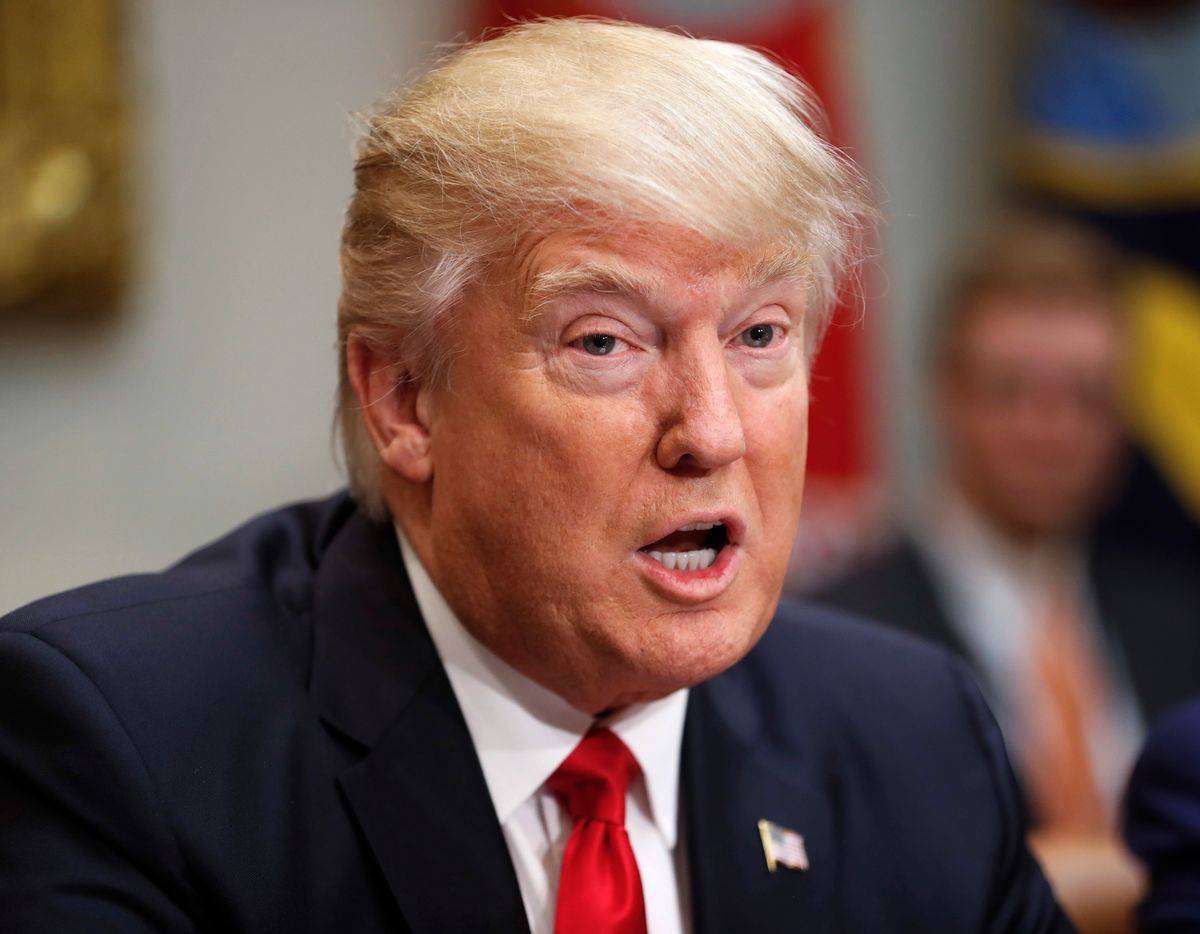 In this Feb. 2, 2017, photo, President Donald Trump speaks during his meeting with House and Senate legislators in the Roosevelt Room of the White House in Washington. For all of the White House's early bravado,Trump has taken office with few concrete plans for how to make good on his pledge to unravel President Barack Obama's foreign policy and tackle some of the biggest national security challenges facing his administration. (AP Photo/Pablo Martinez Monsivais) (AP)
--

WASHINGTON — For all the White House's early bravado, President Donald Trump has taken office with few concrete plans for how to make good on his pledge to unravel President Barack Obama's foreign policy and tackle some of the biggest national security challenges facing his administration.

In phone calls with key European leaders, Trump is said to have described his plans for confronting the Islamic State group with the same hard-charging but vague rhetoric he used in the campaign, promising strong, but unspecified action.

Pressed privately by allies about how he plans to pursue a better relationship with Russia, Trump sticks with his public assertion that a better relationship with Moscow would be beneficial for the West. But he hasn't said how he plans to get there. He's indicated in some of those same conversations that while he believes the Iranian nuclear accord is a bad deal, he will not move quickly to withdraw, according to U.S. officials and others with knowledge of Trump's discussions with world leaders.

Ambiguity was a hallmark of Trump's campaign: He has said he believes the U.S. should not tip its hand on national security matters. But the fact that Trump is using vague language in private discussions has left both allies and his own administration officials uncertain whether he has policies in mind to back up his rhetoric.

A town hall for National Security Council staff on Tuesday also offered few clues on the administration's approach. One official in attendance said that when Michael Flynn, Trump's national security adviser, and his deputy KT McFarland were asked to describe specifically what the president's "America First" mantra would mean for policy, they largely reiterated Trump's campaign assurances that he could put U.S. interests ahead of those of other countries.

Three U.S. officials and three others with knowledge of the White House's foreign policy dealings insisted on anonymity because they were restricted from discussing the president's private conversations and other internal matters publicly.

To be sure, Trump has moved swiftly on the immigration-related national security issues that were the centerpiece of his campaign. He ordered the government to start work on his proposed wall along the U.S.-Mexico border. He also signed a sweeping refugee and immigration executive order, though the decision-making was tightly held in the West Wing and the initial implementation chaotic.

"The team that we've seen in action over the last few weeks is the White House team," said Nicholas Burns, a longtime U.S. diplomat and professor at Harvard University's Kennedy School of Government. "That team is breaking a lot of china."

Trump, who spent his career in business before running for president, has shown keen interest in trade and America's economic standing with other countries in his discussions with foreign leaders. But his direction on many other foreign policy issues remains hazy.

He has vowed to destroy the Islamic State group, but hasn't said whether he will commit U.S. combat troops to do so. He's asked for a 30 day review of the policy. He said he would stop North Korea from building a long-range nuclear missile, but hasn't said how. And he's made little mention of Afghanistan, where about 8,400 U.S. troops are still fighting America's longest war.

White House officials note that Trump is just getting Senate confirmation for his national security Cabinet secretaries, including Secretary of State Rex Tillerson, who was approved on Wednesday. Trump spokesman Sean Spicer has blamed Democrats for stalling on the president's nominees, saying lawmakers from the opposing party are "holding up the confirmation of these highly qualified people."

Some of Trump officials' early moves have given hints about their priorities — and raised concerns within the administration.

Senior officials have been soliciting guidance from national security agencies on how to improve relations with Russia, asking what Washington could offer Moscow and what Trump should seek from Russian President Vladimir Putin. Tillerson requested a briefing on moving the U.S. Embassy in Israel from Tel Aviv to Jerusalem, one of Trump's campaign promises.

According to one U.S. official, senior national security aides have sought information about Polish incursions in Belarus, an eyebrow-raising request because little evidence of such activities appears to exist. Poland is among the Eastern European nations worried about Trump's friendlier tone on Russia.

At the National Security Council, a policymaking body within the White House, officials were startled when drafts began circulating of an executive order that would have opened the door to resuming torture and CIA "black site" prisons. NSC officials were asked to submit comments on the order, according to two U.S. officials, but the directive was ultimately scrapped, in part because Defense Secretary Jim Mattis opposed the measure.

Spicer insisted the order did not originate in the White House.

NSC officials did voice substantial concerns with the executive order halting the U.S. refugee program and temporarily banning all entries to the U.S. from seven Muslim-majority nations. But officials said lengthy comments appeared to have been largely ignored by the Trump political advisers who oversaw the order, namely chief strategist Steve Bannon and senior policy adviser Stephen Miller.

While Flynn is involved in Trump's foreign leader calls and other national security discussions, officials say he so far does not appear to have the same level of influence as Bannon. Flynn is also said to have been more attuned to some of the troubles with the execution of the refugee and immigration ban than others in the White House.

But some officials fear the White House is taking the wrong lessons from the flawed rollout of the refugee ban. Amid a flurry of leaks about that process — as well as leaked draft executive orders and details of the president's calls with foreign leaders — career officials and policy experts are being looked at with more suspicion and getting cut out of additional discussions, according to people with knowledge of the processes.

Those longtime policy hands fear their influence could be further marginalized by an in-house think tank Bannon is said to be working on. The project, dubbed the Strategic Initiatives Group, could focus on both foreign and domestic policy issues, potentially giving the president's chief strategist even broader sway in the administration.