Trump's press secretary is more gracious than his boss, but not by much 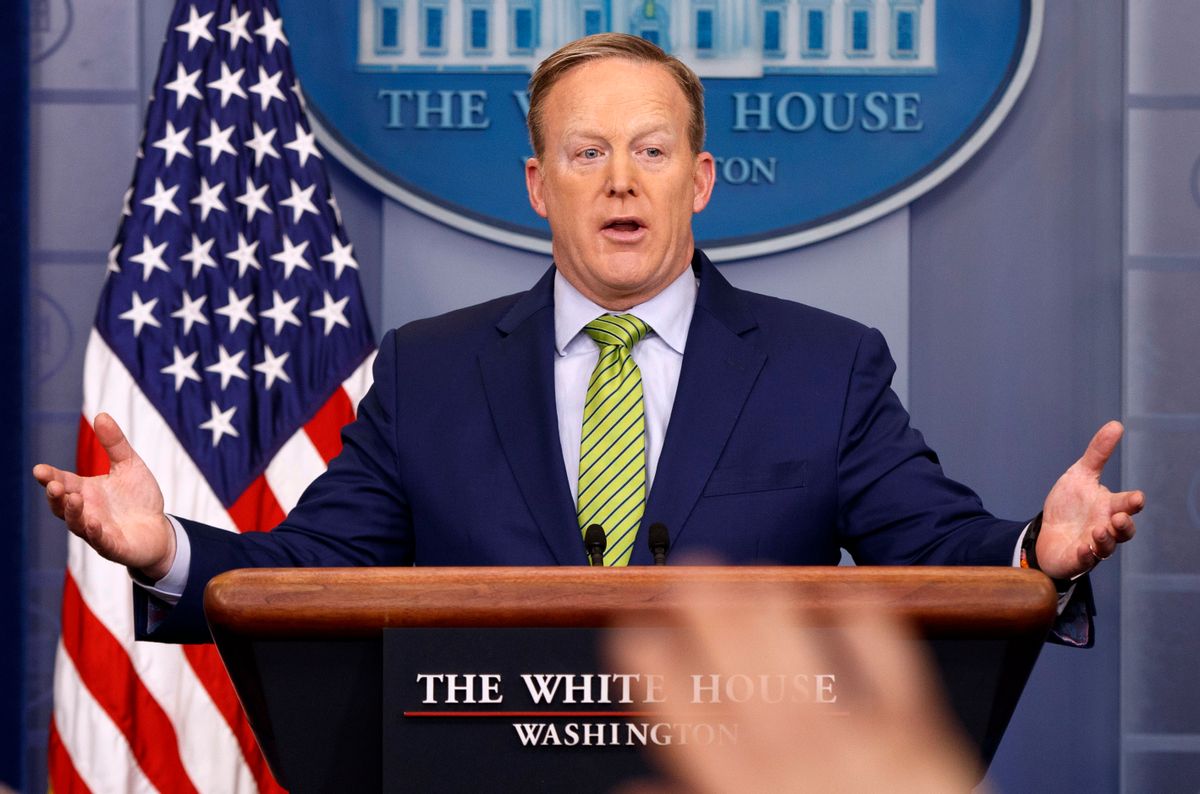 President Donald Trump's press secretary may be reacting better than his boss to the "Saturday Night Live" skit imitating him, but not by much.

In an interview with AJ Colloway of "Extra" on Sunday, Sean Spicer admitted that he hadn't heard about Melissa McCarthy's impression of him until after he attended church on Sunday morning. He criticized McCarthy's performance as exaggerated and argued that she "needs to slow down on the gum chewing; way too many pieces in there." Although he acknowledged that "Saturday Night Live" is a "funny" show, Spicer opined that McCarthy might want to "dial back" a bit.

The press secretary was much less generous about Alec Baldwin, who later that evening performed a skit in which he alienated several world leaders before ceding the White House desk to Chief Strategist Steve Cannon.

"Alec has gone from funny to mean, and that's unfortunate," Spicer said. "'SNL' used to be really funny. There's a streak of meanness now that they've crossed over to mean."

Spicer's confrontational attitude with the press has been a source of enormous controversy since Trump won the 2016 presidential election. Perhaps the most notorious incident occurred last month when Spicer threatened to evict CNN's Jim Acosta for being "rude, inappropriate and disrespectful." This is consistent with the attitude toward the media cultivated by Bannon himself, who has referred to the press as the "opposition party."