Puzder's confirmation may be in doubt 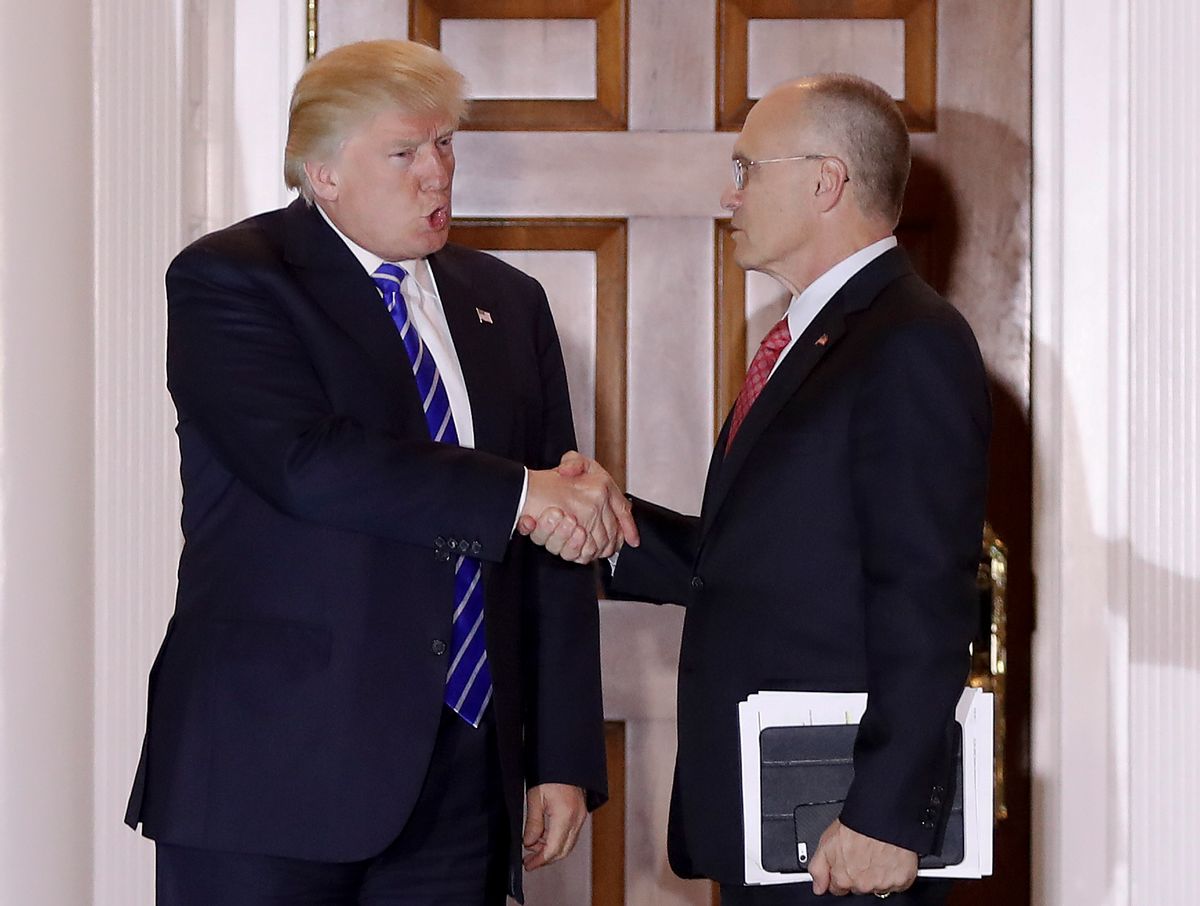 Andy Puzder, the CEO of CKE Restaurants (which owns Hardee's and Carl's Jr.) and President Trump's pick for labor secretary, is under fire for once employing an undocumented immigrant as his housekeeper.

Although specific details about the woman don't seem to be publicly available, one source told The Huffington Post that the housekeeper turned down Puzder's offer for legal aid in becoming a citizen due to concerns that it would result in her deportation.

Puzder, who reportedly has gotten cold feet about the position, hasn't been fully vetted for the role. As CNN notes, "The Office of Government Ethics has also failed to post Puzder's ethics paperwork, meaning they have not approved how the businessman will untangle his considerable holdings

"My wife and I employed a housekeeper for a few years, during which I was unaware that she was not legally permitted to work in the U.S.," Puzder said in a statement released on Monday. "When I learned of her status, we immediately ended her employment and offered her assistance in getting legal status."

"We have fully paid back taxes to the IRS and the state of California and submitted all required paperwork," he added

While Sen. Lamar Alexander, R-Tennessee, has said that he doesn't believe Puzder's past error should disqualify him because he "reported his mistake and voluntarily corrected it," it will put President Trump in a difficult situation in light of the anti-immigrant rhetoric that helped propel him into office. What's more, when President Bill Clinton nominated Zoe Baird to be his attorney general in 1993, her candidacy was ultimately destroyed by the revelation that she had employed two undocumented Peruvian immigrants for nearly two years as her babysitter and part-time driver.

Transition source to @mikeallen on Puzder's vulnerability: "It's like when you separate a weak animal from the herd."

This isn't the first controversy to surround Puzder's candidacy. A survey by Restaurant Opportunities Centers United found that CKE Restaurants were rife with complaints of sexual harassment of female employees, employees being forced to work when sick or injured, workers needing to perform dangerous tasks without proper safety precautions, and employees saying they had been forced to work off the clock, had their timecards altered, or had been denied overtime pay to which they were legally entitled.