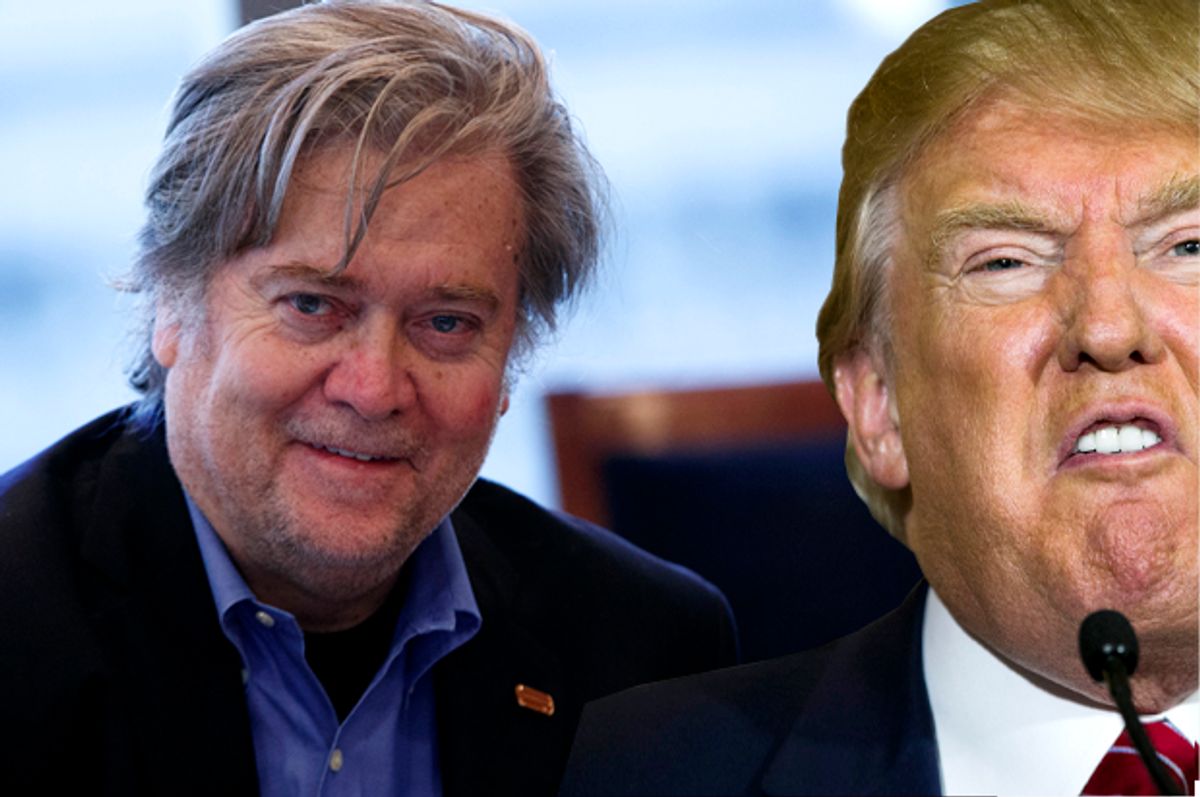 Writing a letter to the president is almost as ubiquitous as writing a letter to Santa. When President Obama took office, he relished the opportunity to read his mail, pledging to read 10 letters a day. President Trump will be lucky if he receives 10 letters on Wednesday at this rate, because critics of the president have found an unorthodox way to express their disapproval through the postal service.

With the hashtag #PostcardstoBannon, Twitter users have been sharing the postcards and letters they plan on mailing to the White House.

Participants have embraced the tactic for two reasons: It focuses attention on the White House chief strategist, who prefers to avoid the limelight and the scrutiny that comes with it; and it needles President Trump, who apparently does not appreciate the nickname his opponents have given his chief strategist.

On Monday, Trump took to Twitter to correct any misconceived notions about the hierarchy of the Oval Office.

"I call my own shots, largely based on an accumulation of data, and everyone knows it," the tweet said. "Some fake news media, in order to marginalize, lies!"

If only someone would write a letter to President Trump that accumulated all of the data on fatal domestic terrorist attacks that came at the hands of immigrants and refugees from the countries he banned, then he would learn that the total is zero. Steve Bannon is said to be the architect of the executive order that targeted seven predominantly-Muslim countries.