Believe your eyes: FX's "Legion" is an extraordinary trip inside a hero's subjective reality

Noah Hawley's new series isn't simple to understand, but the visuals make it easy to embrace its story 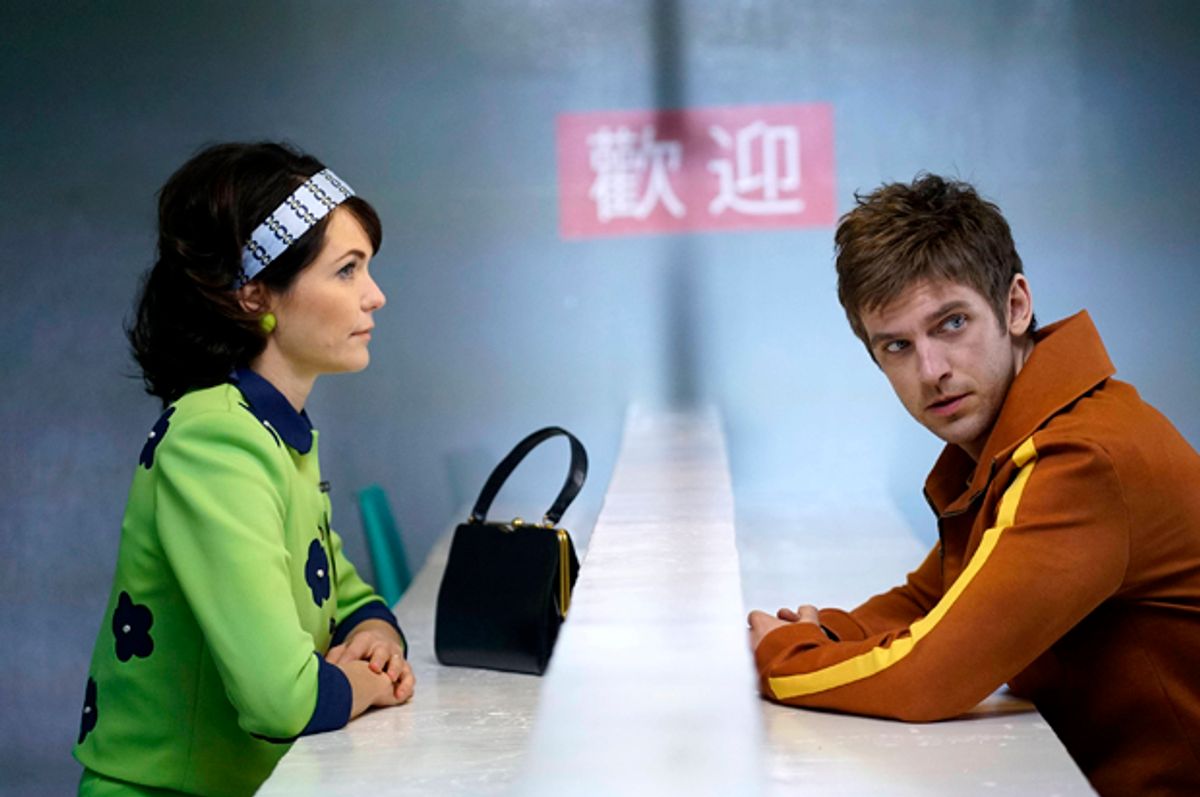 Approaching FX’s “Legion” with the expectation of a story governed by reason, linearity or adherence to established comic book canon — it’s a Marvel property, after all — is likely to leave you utterly flummoxed. Embrace that feeling, because it is completely intentional. We are supposed to be thrown off by what our eyes are taking in and how our brain processes those images. If you aren’t equally confused and fascinated by the action in its first hour, debuting Wednesday at 10 p.m., that means creator Noah Hawley hasn’t succeeded in his mission.

Hawley wants us to see the world from inside the frantic, fractured mind of the story’s hero, David Haller. More that this, he wants us to feel what it's like to be trapped on the wild ride that is David's life. In the space between breaths, David’s world can flip. One moment he might find himself in the midst of any number of therapy sessions — he’s cycled through quite a few doctors during his life — or hanging out in the common room in the psychiatric facility he calls home. Suddenly he’s standing in the middle of a kitchen, with small appliances, drawers and dangerous utensils twirling all around him.

Just as abruptly the scene may cut to an energetic Bollywood-style dance number set to Serge Gainsbourg’s “Pauvre Lola,” a jangly, surreal tune punctuated by a woman’s coquettish giggles. Being David is jarring, discombobulating, terrifying and, at times, wonderful; however, the viewer has to give herself over to that adventure.

Otherwise, one could dismiss “Legion” as yet another example of a series by an auteur going wild with artistic vision at the expense of establishing a substantive plot. That's not the case here; in fact, the '60s pop art-inspired style with which Hawley initially presents “Legion” speaks to the extraordinary level of creative intricacy and care in his storytelling. Aesthetically adventurous and candy colored as the drama’s opening hours are, they’re also part of a compelling TV experiment.

During a recent phone conversation Hawley shared that his approach was informed by listening to “The Dark Side of the Moon,” Pink Floyd’s 1973 concept album exploring such heady themes as time’s passage, death, greed and insanity, all themes that inform this story. That album’s melodies speak to the experience of madness as effectively as its lyrics do, dropping the listener inside its emotional reality. Hawley borrows a similar artistic alchemy here, transforming the idea of perception into experiential viewing.

Hawley’s other FX series, the critically acclaimed “Fargo,” is based on an objective reality informed by the truths laid out in a fictional world; the detectives work from facts recorded in case files, and the usual temptations and sins motivate its criminals. In contrast, “Legion” operates from the basis of subjective reality. The initial hours of “Legion” are shaped by David Haller’s diagnosed schizophrenia. Instead of playing the role of spectators looking at David’s mental state from the outside in, viewers ride shotgun in the hero’s exhilarating, frightening starship of a brain.

Portrayed with a fragile sensitivity by Dan Stevens, David is a man who is never completely sure of where or when he is or whether anyone in his life is real. When David is under stress, entire rooms erupt in storms as objects dangerously hurtle through the air or spontaneously shatter. He claims to have no control over these violent explosions, leaving his family, including his devoted sister Amy (Katie Aselton), no choice but to commit him to psychiatric care.

David's talkative best friend Lenny (Aubrey Plaza) gives him no assistance in understanding the line between the concrete world and hallucination. How could she? Lenny is right beside him in the psychiatric hospital, a place with the Kubrickian name Clockworks.

There is a regular cadence to life in Clockworks, at least as far as one can tell, until a gorgeous new patient named Syd (Rachel Keller) checks in and immediately bewitches David. She doesn’t like to be physically touched, but they fall in love anyway. Indeed, the simplest hook of "Legion" is that it is, at its core, a love story, one that sends David's life tumbling into chaos.

People already familiar with David’s role in the X-Men universe will have some sense of what may unfold in future episodes of "Legion," and that only adds to the brilliance of Hawley’s inventive narrative conceit. Happily, viewers with little to no knowledge of Marvel’s mutant tales won’t feel left out. Knowing less about David and his origins probably makes the journey more enjoyable.

Unlike “Marvel’s Agents of S.H.I.E.L.D.” or the Netflix “Daredevil” spinoffs, there is currently no plan to weave the story into the larger "X-Men" franchise. That should be a relief. The films have already divided the brand into several timelines and histories, the latest of which drives “Logan,” the upcoming R-rated continuation of Wolverine’s legend.

David Haller is far less popular than Marvel’s adamantium-clawed brawler, presumably allowing Hawley to establish a unique world that's unbound to any other vision but his own. (Subject to Marvel’s approval, naturally.)

“Legion” does share a common quality with its Marvel cousin “Jessica Jones” in that it strives to be a distinctive television drama as opposed to a moving comic book. There’s nothing wrong with a TV series focused on the fantasy-forward elements of the superhero genre; the best are reliably exciting. But plenty of viewers who avoid spandex-clad hero tales may be willing embrace a show that keeps its extraordinary, uncanny elements rooted in a reality they can comprehend.

Central to the success of Hawley’s approach are the measured performances in “Legion,” anchored by Stevens’ portrayal of a man teetering between fearing the dangers of his condition and being intoxicated by its might. Adopting a portion of the assured demeanor that he brought to his role on “Downton Abbey,” Stevens makes David’s frustration with and resignation to his condition palpable. Yet the triumph he conveys when he embraces the fury inside him is thrilling.

Next to his performance, Plaza’s enjoyably whacked-out Lenny dazzles. The actress rips into her role with crazed relish, undulating and grinning like a cobra on David’s shoulder while delivering her lines in a spacey, antagonizing drawl.  Yet to be revealed is whether Lenny is just a figment, the Greek chorus commenting on David’s life or if she’s a friend or foe. The only known is that she’s a kick.

Keller’s Syd is merely serviceable, but maybe that’s because her part is something of a mystery as the series opens.  In the premiere she’s the force that motivates David to move beyond his boundaries; her part in the tale expands in future episodes. More central to the plot is Melanie Bird (rendered with a grounded authority by Jean Smart), who is introduced at the very end of the series premiere during an electrifying sequence.

That final scene serves to remind the viewers that the show is based on a comic book, conveying that message without abandoning the clear-sighted structure of everything that comes before to action shtick.

David Haller may end up being the quintessential hero for our “post-truth” era, a time in which the forces in power want us to disbelieve our eyesight, critical faculties and reliance on reason above all.

In upcoming episodes Melanie, Syd and others help David to understand what’s really going on inside of his head, and a few jaw-dropping sequences hint at the notion that attaining knowledge will unleash incredible power.

Logically a person might speculate that David’s increased comprehension of his abilities will be reflected in a smoother, more typical story presentation. That may be a relief for some viewers, but I hope later hours of “Legion” don’t lose too much of its skewed paradigm. It may be a challenge to understand everything that’s going on in the premiere, but believing in what we see is a simple, inviting proposition.