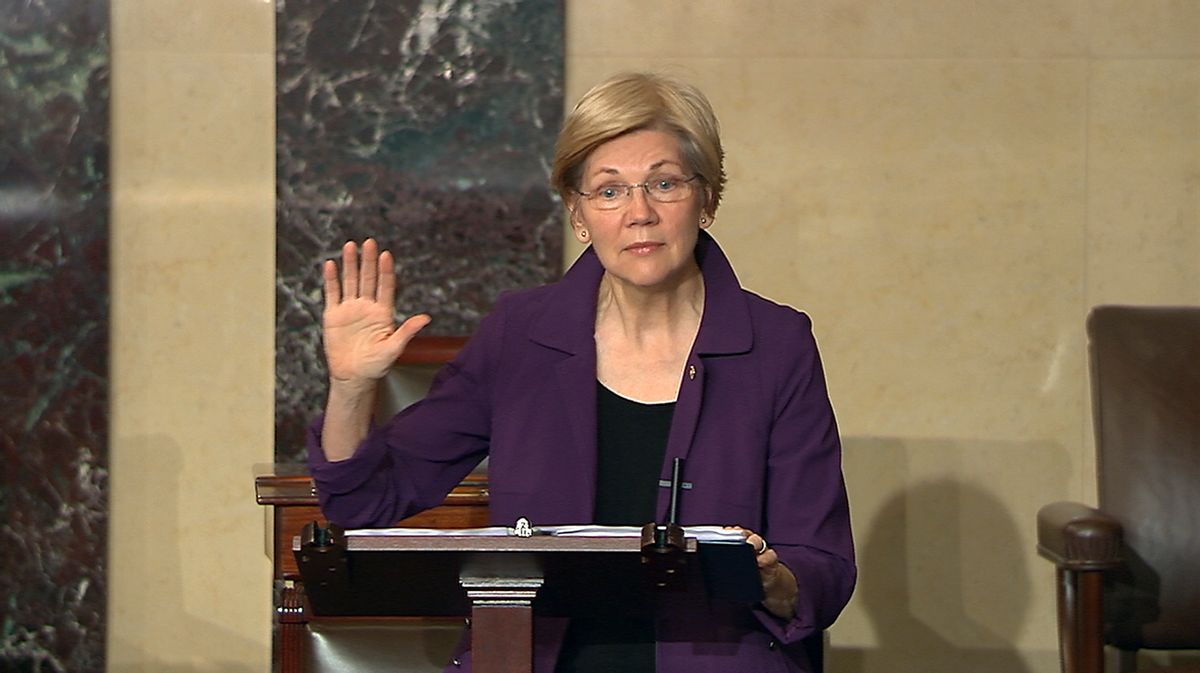 "The senator has impugned the motives and conduct of our colleague from Alabama, as warned by the chair," said Sen. McConnell as he interrupted Warren's recitation of King's letter. Sen. Jeff Sessions, R-Alabama, has served in the United States Senate since 1997. McConnell then silenced Warren, obscuring a rule which bars senators from accusing their peers of "any conduct or motive unworthy or unbecoming a senator."

Warren responded by expressing dismay "that the words of Coretta Scott King are not suitable for debate in the United States Senate." McConnell objected when she asked to be allowed to continue with her speech and the presiding president, Sen. Steve Daines, R-Montana, ordered her to take her seat.

The letter in question, which was written by King in 1986 to Sen. Strom Thurmond of South Carolina and recited by Warren in a Facebook Live post after her censoring by McConnell, claimed that Sessions "has used the awesome powers of his office in a shabby attempt to intimidate and frighten elderly black voters." It was written when Sessions had been nominated for a federal judgeship. The case to which King was referring involved Sessions using spurious charges of voter fraud to attempt to disenfranchise African-American voters in Alabama.

During his confirmation hearing, Sessions defended himself by claiming that "the voter fraud case my office prosecuted was in response to African-American incumbent officials who claimed that the absentee ballot process involved a situation in which ballots cast for them were stolen, altered or cast for their opponents. The prosecution sought to protect the integrity of the ballot, not to block voting. It was a voting rights case."

It was a white district attorney who asked Sessions to prosecute the case, and the African American candidates who supported hounding the civil rights activists were backed by a segregationist group called the White Citizens Council.

"Reading that letter out loud, according to Mitch McConnell, impugned Senator Sessions, and therefore I got gaveled and was forced to sit down," Warren told MSNBC Tuesday.