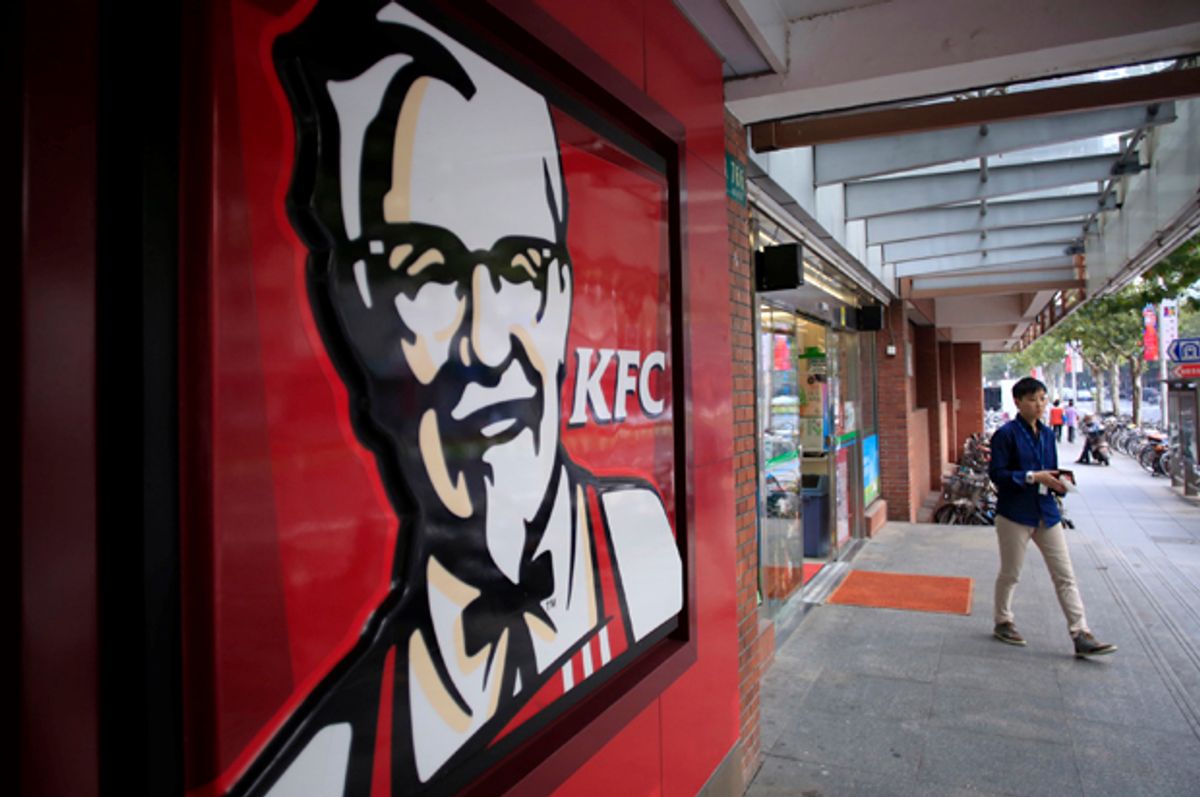 Fusion fans, folks mad for mashups and, of course, stoners: rejoice! KFC has outdone itself with a new fast food combination that will surely have you running to your nearest chain. Or perhaps just give you the runs

The Chizza -- a let's-not-confuse-people-too-much combination of chicken and pizza -- is KFC's next level attempt to make sure hungry folks know that the chain isn't all about fried chicken. "All chicken, no crust," the Chizza is a fried chicken breast, topped with pizza sauce, sliced chicken ham, pineapple chunks, mozzarella and KFC's cheese sauce, then baked until crispy and melty.

This unholy, ungodly (but probably tasty) hybrid has been available in Asian fast food markets for a few years, AV Club reported, beginning in the Philippines in 2015, before finding a home in Indian bellies. You can now find Chizza in Singapore, but KFC "declined to mention when the Chizza might wash over the American market on a wave of bad decisions," AV Club wrote.

KFC's latest mashup follows in the footsteps of earlier inspired offerings like the Kraken,a sandwich made of bacon, cheese, mayo-ish sauce and two slabs of fried chicken as the bread, and the infamous Double Down, bacon and cheese surrounded by chicken filets.