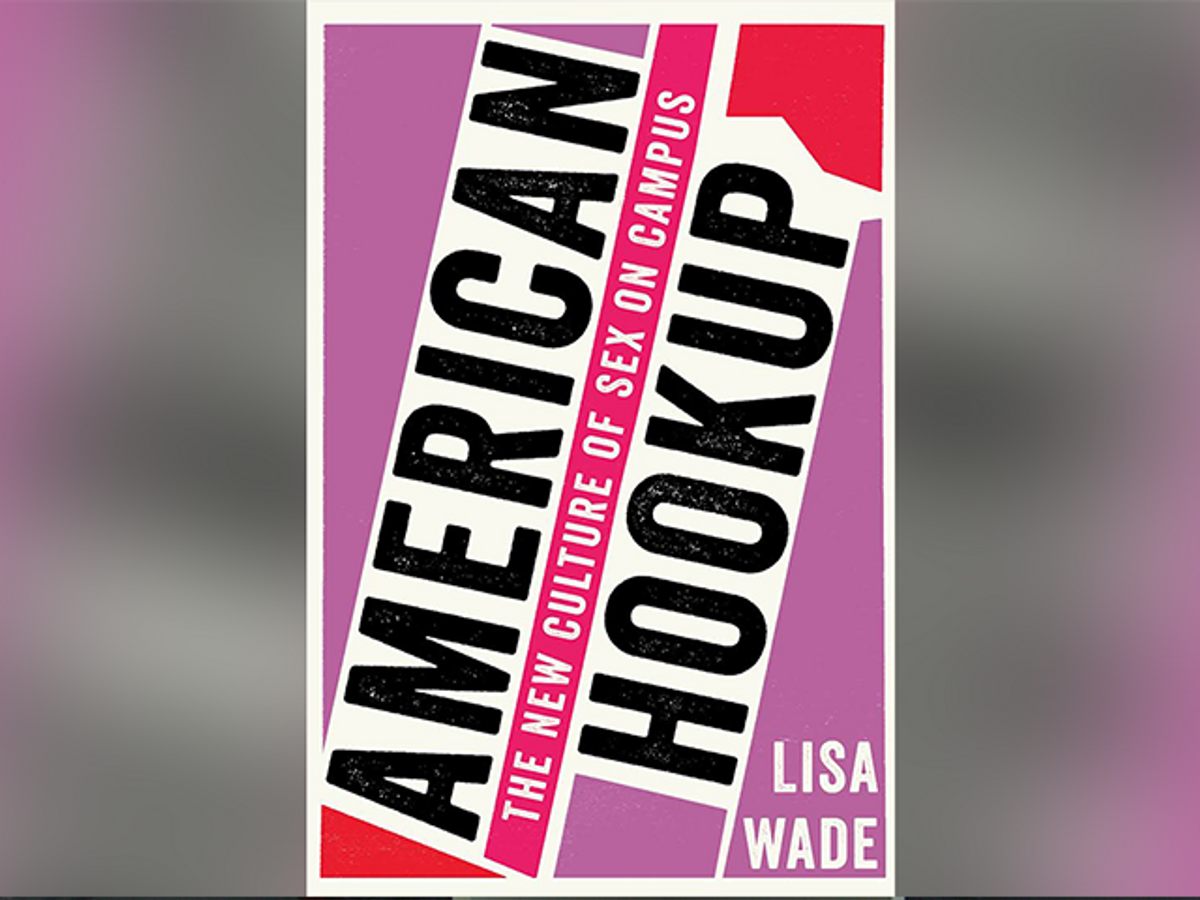 Lisa Wade, PhD, is a professor of sociology at Occidental college, and she has some new ideas about how college students "hook up" on campus. Years of exhaustive research have determined that the more things change, the more they stay the same.  In her new book, American Hookup: The New Culture of Sex on Campus,  Dr. Wade found that "hooking up", or having casual sex, is more prevalent now in college circles than ever, and that the expectations students have around hooking up are also more fluid and demanding (current culture suggests they feel "everyone" should do it).  However, she was surprised to learn that students reported feeling sad, depressed, anxious and despairing over both the sex they had and didn't have. Which is to say, concern about who's having sex and how often — as well as worrying about how one is perceived by sex partners and friends — has not changed throughout time.

Through journals her students kept, data gathered from newspaper reports, and other academic research, Wade studied the ways in which young people connect sexually while away at school. She also looked at how they felt about the sexual relationships they were having — or not having.  A study of the literature, she says, showed that over their college careers, the average student had eight total casual sexual encounters in total.  While eight "hook ups" over four years may not seem like a lot by today's promiscuity standards, it does highlight, Wade says, how young women have taken on traditional male gender practices in dating. Today, they are more assertive, and this has historically been considered a "male" trait.  Wade suggests teaching girls to embrace their feminine side again; and, she blames parents for the increase in masculine tactics, which she says girls are rewarded for in academics and sports. "I think we need to start teaching kids to value things that are considered feminine in this world," says Wade.

"What we need to stop doing as parents is to stop acting as if doing whatever is stereotypically masculine is of more value," she added. "We need to encourage our boys to embrace their feminine as well as masculine selves, their whole humanity, and then we won't see the denigration of those who choose femininity, allowing all kids to actually be whole human beings." Wade challenges some of the inherent sexism in these notions, while exploring a "distinct, rule-bound sexual culture on college campuses, situating it within the history of sexuality and “dating,” the evolution of higher education, and the rise of the urban single woman."

Interestingly, Wade discovered that "hookup culture" is being driven by mostly upper class teens with high social standing at colleges.  She looks at the differences between these young people and those of different ethic backgrounds, especially at predominantly white schools, finding that many kids feel pressured to participate in hookup culture, but can't relate to it.   While her research may have many parents quaking in their proverbial boots, Wade provides constructive strategies to address how campus sex practices can be humanized, and undertaken with greater respect and empathy.