Onetime reality TV star Rep. Sean Duffy humiliated himself in CNN interview — but in a twisted way, he has a point 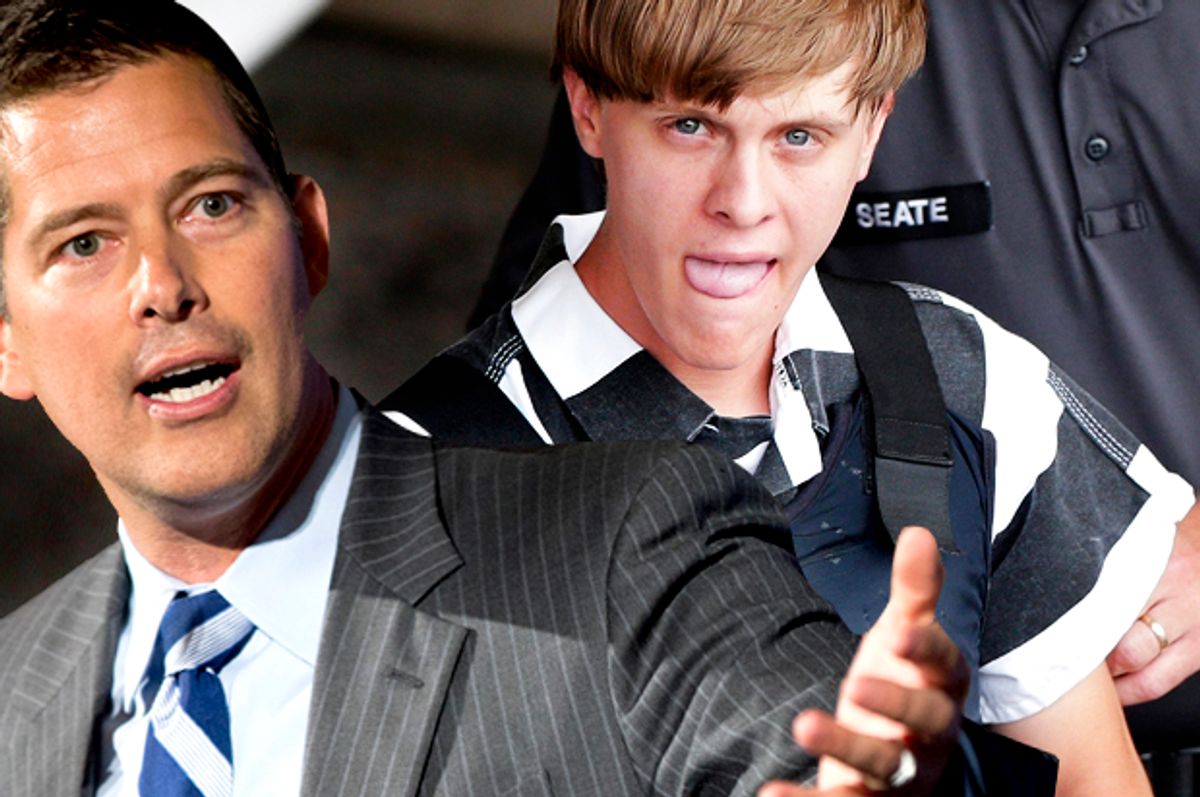 As I have written about many times, here at Salon and elsewhere, whiteness is the complexion for the protection.

Last week Donald Trump's administration decided to divert some federal counterterrorism resources away from the threat posed by white supremacists and focus exclusively on radical Islam. Then in an effort to generate fear and paranoia about the dangers to the American people posed by Islamic terrorism, Trump released a list of 78 terrorist attacks committed by Muslims that he believes the American news media is somehow conspiring to conceal.

This list omits incidents of domestic terrorism committed by white supremacists, committed against Muslims, or committed by other right-wing extremists. Rep. Sean Duffy, R-Wis., had a revealing response when asked about this, as well as about the fact that Trump has never discussed the recent attack against Muslims praying at a mosque in Quebec, in an already infamous interview with CNN's Alysin Camerota:

I don’t know, but I would just tell you there’s a difference. You don’t have a group like ISIS or Al Qaeda that is inspiring [attacks] around the world. That was a one off, Alisyn.

When asked about terrorist incidents such as the bombing of the Oklahoma federal building by Timothy McVeigh — a white man who was affiliated with white supremacist and right-wing militia groups— or the Charleston massacre committed by Dylann Roof, Duffy responded:

“So you give me two examples, right. And in recent times, we’re going to talk about the one example. That’s different than the whole movement that has taken place through ISIS and inspired attacks.

Duffy's comments are a useful lesson in the way political partisanship and white privilege affects a person's understanding of reality.

Terrorism is violence directed against a civilian population or other vulnerable targets in order to advance a political goal. The race or ethnicity of the victims or perpetrators should have little, if anything, to do with the definition.

Duffy's evasions are an example of how the white racial frame and white racial logic affect a (white) person's critical thinking, his ability to empathize and feel human connections to others, his ethics and his intellectual honesty.

For Duffy and those conservatives who believe that "terrorism" is a label that can be assigned only to Muslims in particular or people of color more generally, to be "white" is to be a priori innocent and somehow different from the "other" — the latter referring to members of a group of people who are assumed to be guilty and presumed a threat until proved otherwise.

Duffy's effort to claim that acts of terrorism committed by white people on the right-wing fringe are functionally "different" from those committed by other people reflects two possibilities. First, Duffy is profoundly and willfully ignorant of American history. (Since he is a former reality-TV star, like the president he admires, that is entirely likely.) Second, Duffy knows better and has simply chosen to misrepresent the facts. Both scenarios are deeply problematic.

Were the tens of thousands of African-Americans killed by the Ku Klux Klan and other white paramilitary groups, as well as by white mob violence, during the decades after the American Civil War not victims of terrorism?

When white mobs attacked black communities across the United States in the years after World War I, with the goal of putting African-Americans "back in their place," were those not acts of terrorism?

When Roof and other white supremacists attacked and killed black Americans and other people of color, were these not examples of terrorism committed with the ultimate goal of intimidating and oppressing nonwhites?

When white "sovereign citizens" and other right-wing militia organizations have attacked police, firefighters and other public servants, were those not acts of terrorism?

Ultimately, Duffy's suggestion that terrorism committed by Muslims is somehow different from that committed by white Americans — or at least by whites on the right, as such a distinction is not applied to white leftists who have used violence to advance their political goals — draws from the same political imagination that views white people as "real Americans" and other people as somehow less than them. This is the same white supremacist attitude that has animated Republican politics since at least the 1960s and that carried Donald Trump to the White House.

But Rep. Duffy was perhaps correct, if only in a way that he did not originally intend.

Indeed, it would appear that white terrorism is different in America.