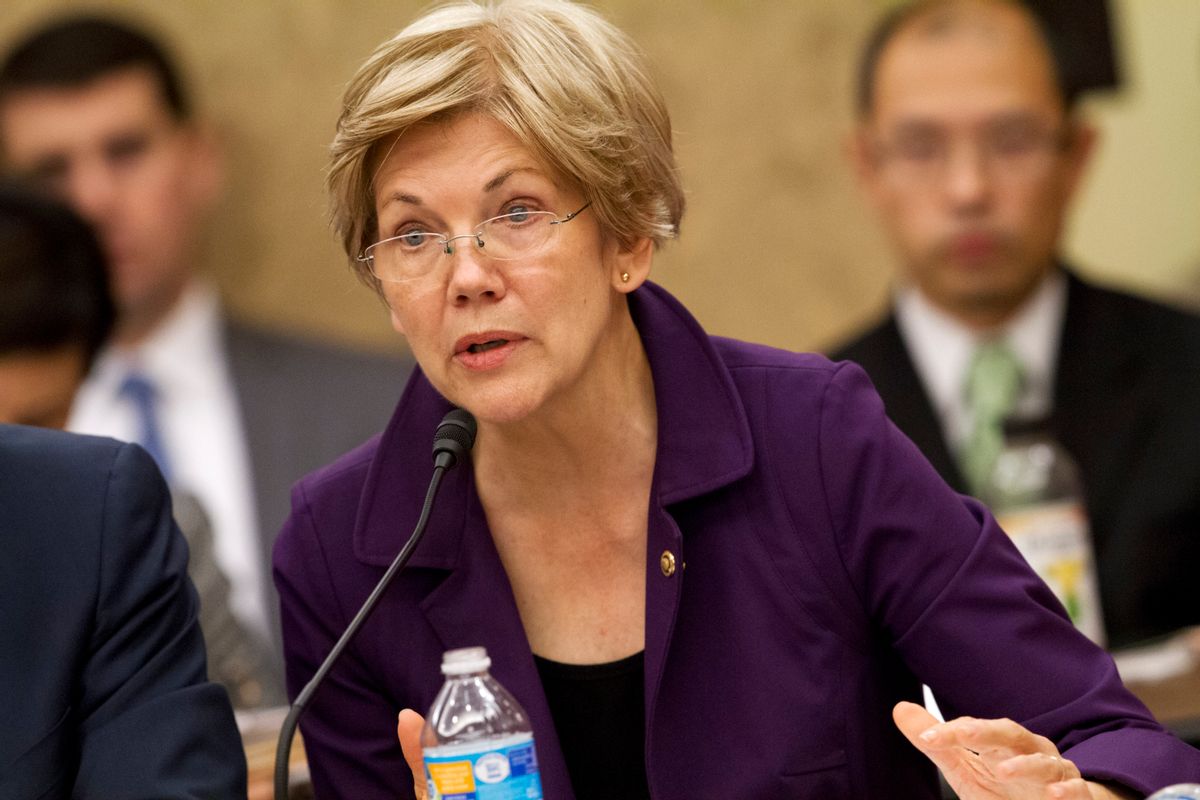 In this photo taken Nov. 18, 2015, Sen. Elizabeth Warren, D-Mass. speaks on Capitol Hill in Washington. Warren labeled Donald Trump a loser, a bully and a threat on Monday, March 21, 2016, continuing a fierce war of words between the liberal icon and the front-running Republican presidential candidate that has played out on social media and The New York Times. () (AP Photo/Jacquelyn Martin)
--

She was silenced for reading the letter that Coretta Scott King wrote three decades ago criticizing the Alabama senator's record on race. Senators barred Warren from speaking on the Senate floor until Sessions' confirmation vote.

Rule 19 states that senators may not "directly or indirectly, by any form of words impute to another senator or to other senators any conduct or motive unworthy or unbecoming a senator."

In the Senate, where men are referred to as "gentleman" and women are called "gentle lady," the rule stems from a notorious 1902 incident in which two South Carolina lawmakers got into a fistfight on the Senate floor. According to the Senate historian's office, Sen. John McLaurin raced into the Senate chamber and said fellow Democrat Ben Tillman was guilty of "a willful, malicious, and deliberate lie."

Tillman — a fiery populist who had earned the nickname "Pitchfork Ben" for threatening to bring a pitchfork to prod then-President Grover Cleveland to act on the economy — spun around and punched McLaurin squarely in the jaw. The Senate "exploded in pandemonium as members struggled to separate both members." The fracas ended, "but not without stinging bruises both to bystanders and to the Senate's sense of decorum," according to an account on the historian's office website.

The Senate censured both men and added to its rules the provision that survives today as part of Rule 19.

Enforcement of Rule 19 has been rare, and the historian's office wasn't sure when it was last enforced.

Heinz was also involved in a 1979 dispute with fellow Republican Sen. Lowell Weicker of Connecticut. After heated words, the two men shook hands and no further action was taken.

Democrats cited more recent statements that appeared to violate Rule 19, but in which no action was taken:

Other Democratic senators read from King's letter in the Senate chamber Tuesday night and Wednesday after Warren was told to sit down. None was punished.