McCain has publicly disputed Trump's defense of the Yemen raid: "I don't believe that you can call it a success." 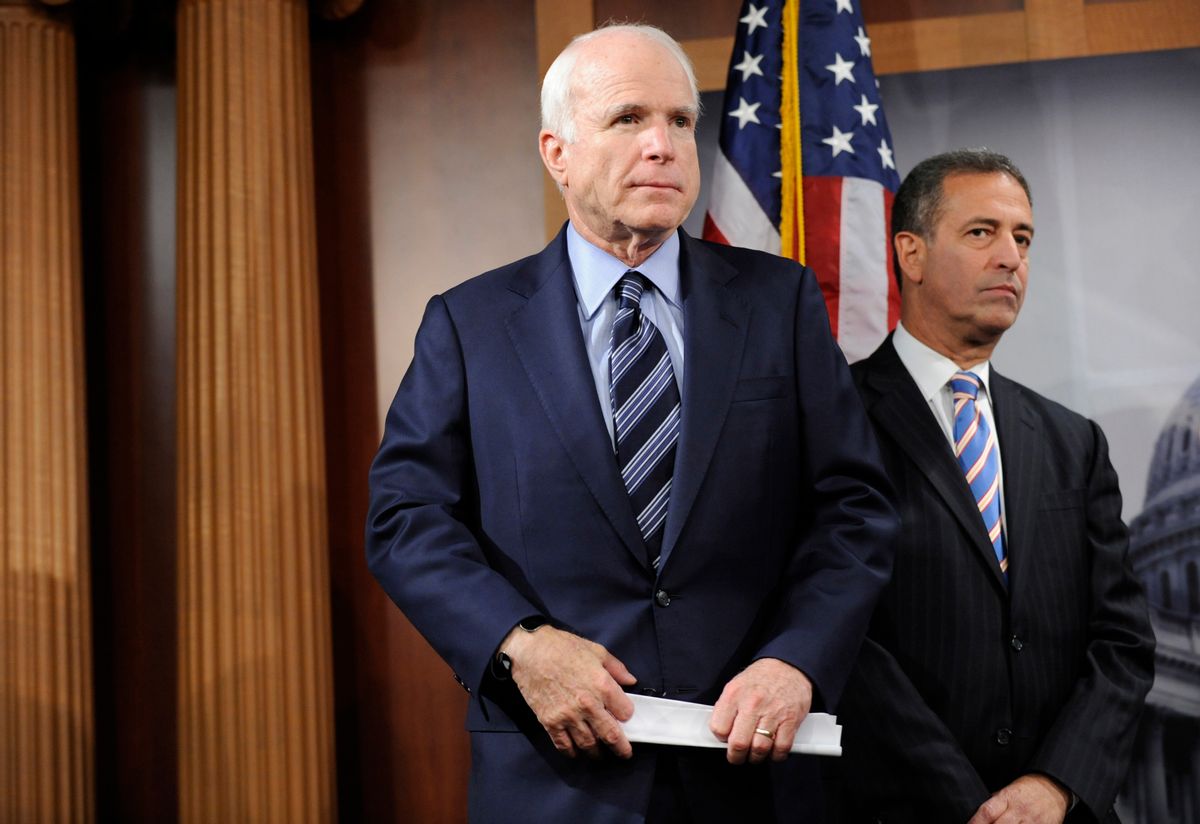 There is no love lost between Sen. John McCain, R-Ariz., and President Donald Trump. The senator's comments on the Trump administration's failed raid in Yemen aren't likely to change that.

"When you lose a $75 million airplane and, more importantly, American lives are lost and wounded, I don't believe that you can call it a success," McCain told a reporter on Wednesday.

Not surprisingly, the thin-skinned president had a below-the-belt reply.

Trump's tweet ignores his own criticism of armed conflict in Mosul from October, when someone else was president.

The feud between McCain and Trump can be traced back to the start of his 2016 presidential campaign. After McCain claimed that Trump was drawing "crazies" to his campaign with racist comments about Mexicans, Trump infamously insulted the Vietnam-era war hero by declaring, "He’s not a war hero. 'He’s a war hero because he was captured.' I like people that weren’t captured."

Hard feelings between the two lasted throughout the 2016 election and have clearly continued into Trump's presidency. Shortly after Trump was sworn in last month, McCain said he wasn't sure he had "utmost confidence" in Trump "because he has made so many comments that are contradictory." He has already broken away from the new president on a number of major policy issues, including America's relationship with Russia, the use of torture, trade policy and the Muslim ban.