The Respect State Marijuana Laws Act would allow states to determine their own marijuana policies. 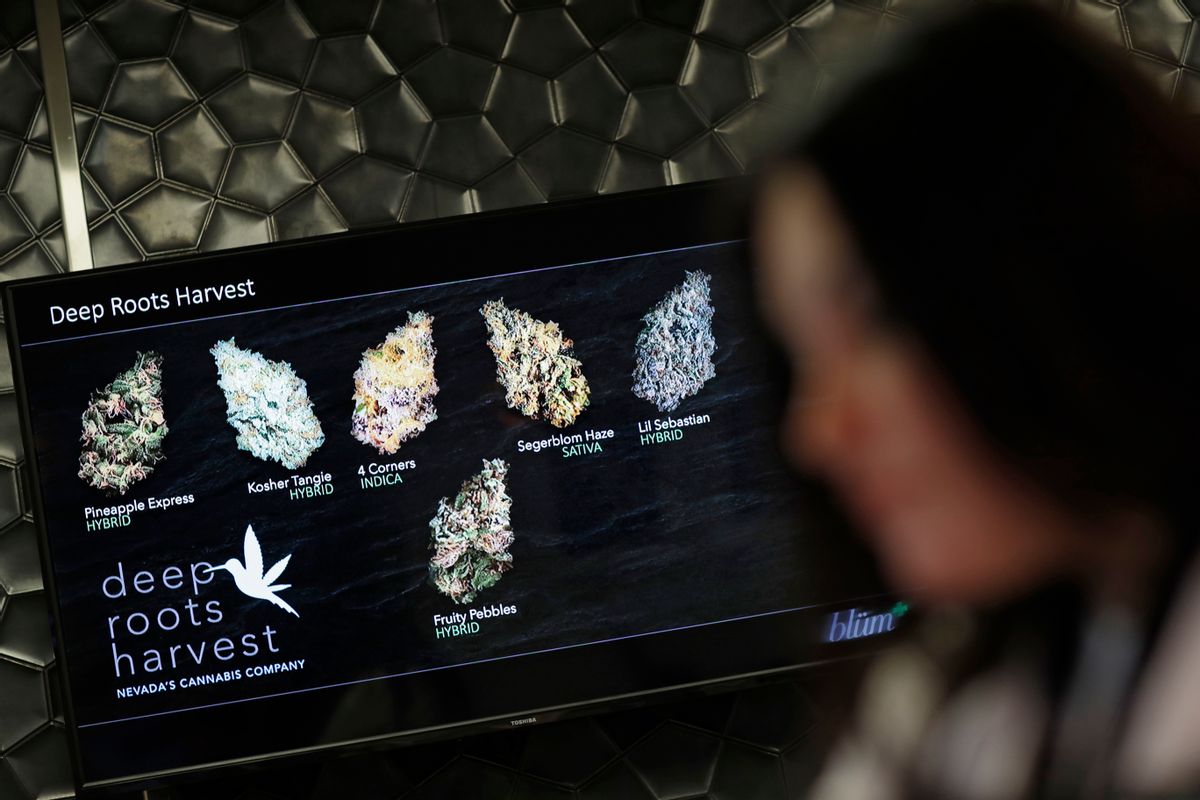 In this, Oct. 27, 2016, photo, a monitor displays different types of marijuana for sale at Blum in Las Vegas. Las Vegas could soon add recreational marijuana to its list of vices if Nevada approves a Nov. 8 referendum on cannabis. Supporters see pot as a fitting alternative for tourists tired of $15 cocktails and hangovers. But weed proponents will have to win over closely divided voters and a risk-averse gambling industry. (AP Photo/John Locher) (AP)
--

Republican Congressman Dana Rohrabacher of California is proposing a law that would only allow states to determine marijuana policies, resolving the current conflict between state and federal marijuana laws.

Four states — Alaska, Colorado, Oregon and Washington — have laws that allow the production and sale of marijuana for adult use. Four additional states — California, Maine, Massachusetts and Nevada — are in the process of establishing similar regulations. Under federal law, marijuana is a schedule 1 drug, meaning it "has a high potential for abuse . . . has no currently accepted medical use in treatment in the United States [and] there is a lack of accepted safety for use of drug or other substance under medical supervision" [21 U.S.C 812(b)(1)]. Thus, a conflict.

"This is commonsense legislation that is long overdue," Robert Capecchi, director of federal policies for the Marijuana Policy Project, said in a press release. "It is time to end marijuana prohibition at the federal level and give states the authority to determine their own policies."

"States throughout the country are effectively regulating and controlling marijuana medical or broader adult use," Capecch said. "Federal tax dollars should not be wasted on arresting and prosecuting people who are following their state and local laws."

In July, medical marijuana failed to make the GOP platform after a vigorous debate to embrace the growing acceptance of marijuana. The conflict between state and federal marijuana laws was not an issue under the previous administration, but with the confirmation of Jeff Sessions as attorney general, there are concerns he may crack down on states' marijuana policies.