Next to a sweep by Meryl Streep, nothing is more aggravating than the best picture going to the most deserving film 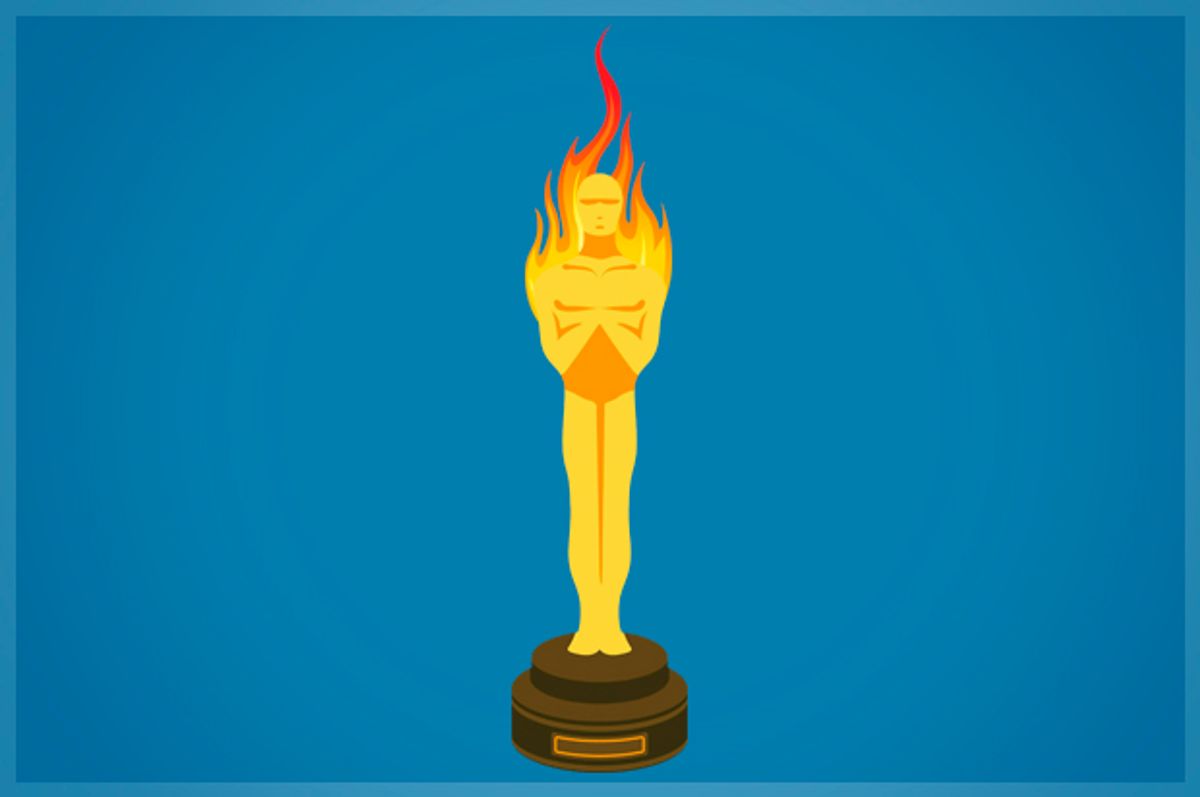 In the last 40 years, ever since I saw “Close Encounters of the Third Kind” for the fourth time, I’ve been North America’s leading critic and historian of film. I always analyze the Oscars correctly. In 1980 I correctly predicted that “Ordinary People” would beat “Urban Cowboy” for best picture. I said that Meryl Streep would win best actress for both “Julia,” which she wasn’t in, and “Julie & Julia,” which she was. No one can forget that I called it for “Forrest Gump” in 1992, two years before the movie’s release. From my book of interviews with Orson Welles, “Two Beardos on Film,” to my substitute host slot on “At The Movies” when Michael Medved was being re-educated by Phyllis Schlafly, I’ve been there, cinematically. I’ve been called the Rex Reed of Central Texas by those in the know. So it’s with great pride that I present to you this year’s Oscar nominees for best picture. You won’t need another guide.

“Arrival” A giant space octopus descends to Earth in an obsidian coffee table and teaches Amy Adams how to tell time. Adams, playing a cunning linguist, has sex with Jeremy Renner and calls the Chinese on their special phone, teaching us all how to love again. Meanwhile, Forest Whitaker cashes another paycheck and there is one explosion. The only movie ever to be shot exclusively at 6:30 a.m. in Seattle, “Arrival” is grayer than a piece of IKEA furniture, only with more slow-motion footage and voice-over.

“Fences” Full of scenes, some of them containing more than one car, “Fences” is just what a troubled America needs right now to unify itself — a four-and-a-half-hour-long black kitchen sink drama sent in working-class Depression era Pittsburgh. Viola Davis and Denzel Washington compete in the World Series of Overacting in this film adapted on the nose from a very boring baseball play by August Wilson. “Fences” will definitely win best picture if the voting body is comprised only of people who saw it at the Steppenwolf Theatre in 1995.

“Hacksaw Ridge” Director Mel Gibson achieves his lifelong dream of making a World War II movie without any Jews in it. “Hacksaw Ridge,” based on the novel “Push” by Sapphire, manages to be exciting despite the fact that it stars Andrew Garfield and Sam Worthington. This proves my longtime theory that you could march two mummies around a cinematic depiction of the Battle of Okinawa and it would still be pretty good. It would have been better if it had just been two hours of Teresa Palmer taking a bath. Note to Hollywood: Make that happen.

“Hell or High Water” If anyone wants to live in Texas after watching this nifty potboiler about oil and guns, then they’re made of sturdier stock than I am. A morality play scored with bombastic Steve Earle songs, “Hell or High Water” concludes that if you want to rob a bank in Texas, you’re gonna get your ass shot up by guys in wraparound sunglasses. Jeff Bridges plays an old racist Texas Ranger who chews marbles and has the nose of a bloodhound, and Chris Pine plays a bank robber who should take his shirt off more often. It's also starring Ben Johnson, or at least I think that was his name, as Chris Pine’s brother, who’s better than any other actor in the movie but didn’t get nominated because he obviously couldn’t afford a good publicist.

“Hidden Figures” A contemporary telling of “The Right Stuff” except that instead of being about the first Americans in space, it’s about Octavia Spencer learning how to use a big computer. The first movie to ever feature multiple scenes of Taraji P. Henson taking a shit, “Hidden Figures” reaches its stunning emotional climax when Kevin Costner ends racism at NASA by destroying a bathroom sign. Full of lots of good soul music and math, this movie’s effectiveness is marred because only Ed Harris should ever be allowed to play John Glenn — by law.

“La La Land” If your idea of a good time is to watch skinny hipster idiots dance not very well and whine because they aren’t artistically fulfilled, then either go spend an evening in Echo Park or go to this movie and get the same results. Featuring Emma Stone as an elfin princess who’s no Catherine Deneuve, and Ryan Gosling as an asshole who plays the piano, “La La Land” recaptures that magical time when you hated cinema. Two nifty early numbers are marred by seventeen subsequent scenes of Gosling bitching about jazz. The movie reaches its stunning conclusion when Stone’s one-woman show, “Goodbye Buffalo City,” scores her a part in an improvised movie that's set in Paris. Then there is a sad trombone.

“Lion” Simba, the king of the African savanna, heads to the big city with his buddies Tyrion and Poobah. They are all adopted by Nicole Kidman and soon learn how to play professional football. Note: I did not actually see this movie.

"Manchester by the Sea" Filling the academy’s annual “minor-themed mope-fest about New England life” slot, this sad little ditty follows the story of a dillweed janitor, played by Casey Affleck, who fights his way back to an Oscar nomination despite being accused of sexual harassment many times. Somehow, the director allows him to appear in scenes with Michelle Williams, the greatest actress of all time. Then Affleck is tragically consumed by Manchester, the giant aquatic serpent referenced in the film’s title.

“Moonlight” A sequel to another movie set in Miami — Jon Favreau’s 2015 comedy “Chef” — this impeccably beautiful film tells the story of a gay African-American CSI agent's coming of age. “Moonlight” is not about the magic of Hollywood and therefore probably won’t win. Despite its misleading title, “Moonlight” does occasionally depict events that occur during daylight hours.