Americans don't think other world leaders like President Trump, either

One year ago, most Americans thought the rest of the world liked them. Now, not so much 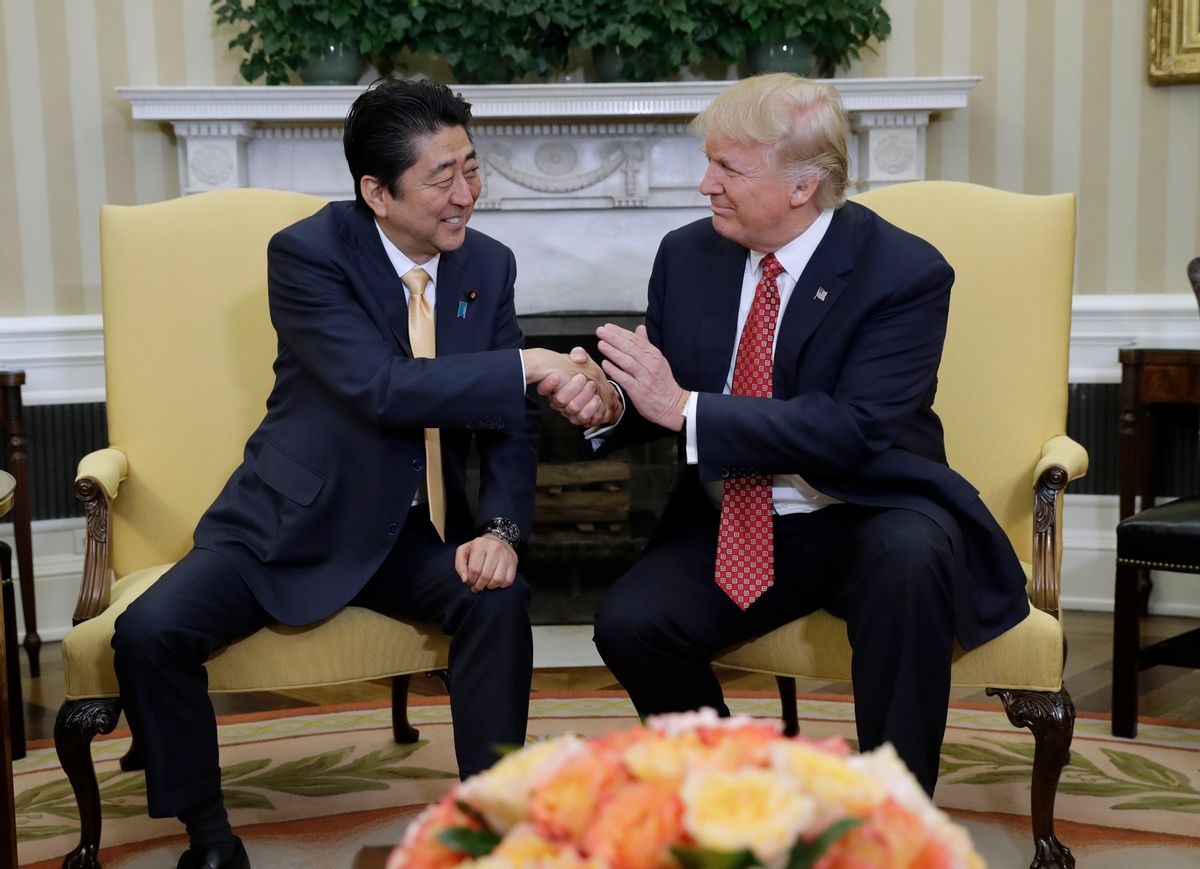 It may or may not be President Trump's fault, but one thing is certain — Americans have experienced a shocking drop in self-confidence about their world image since last year.

A majority of Americans surveyed — 57 percent — believe that the United States is viewed unfavorably by other countries, compared to only 42 percent who believe it is viewed favorably, according to a Gallup poll released on Friday. By contrast, 54 percent believed America was viewed favorably and only 45 percent believed it was viewed unfavorably when the poll was last taken in 2016.

The 42 percent favorable rating is the lowest in this Gallup survey since 2007, when the images of both President George W. Bush and America struggled due to the wars in Afghanistan and Iraq.

In a similar vein, only 29 percent of Americans believe that other foreign leaders respect President Trump, while 67 percent believe that they do not. By contrast, 67 percent of Americans believed foreign leaders respected Barack Obama when he took office and only 20 percent did not; for George W. Bush, 49 percent believed that he was respected and only 38 percent did not.

Public Policy Polling also released some bad poll results for Trump on Friday. Slightly less than a majority of Americans — 46 percent — want to impeach him, compared to 40 percent from one week ago and 35 percent from two weeks ago. Last week PPP found that 52 percent of voters wish Obama were president again, compared to only 43 percent who are happy that Trump is currently in the Oval Office.

Trump's view on the world stage may not be improved after an awkward handshake Friday with Japanese Prime Minister Shinzo Abe, which took the spotlight more than their discussions on bilateral relations.